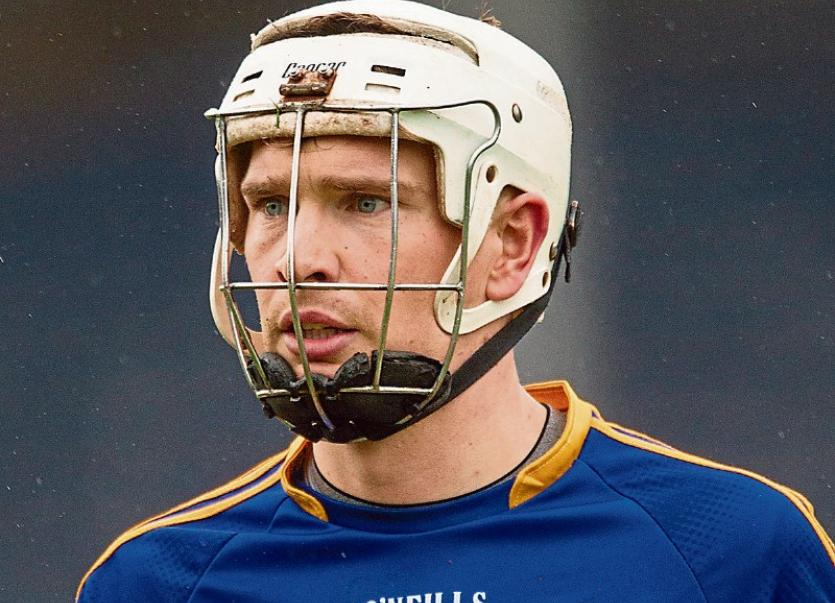 Tipperary's claim that they'll need to improve on their semi-final performance for Sunday's All-Ireland Final might be dismissed as just a tired old cliché that's trotted out before every big match.

However they're not the only ones making that assertion.

In a text message to Brendan Maher, Galway captain David Burke expressed similar sentiments after the semi-final between the counties.

"He said congrats and that and I wish ye all the best but you know that performance isn't going to win ye an All-Ireland, and to drive the lads on", says the Tipp captain.

"I think everyone acknowledges it was a great win but it's not going to be good enough to win an All-Ireland. It was a very physical game but we need more, it's as simple as that".

Nonetheless Brendan Maher believes that the one-point semi-final win will stand the team in good stead.

"I think it will replicate very much what's going to happen the next day. I think the three teams - Galway, Tipp and Kilkenny play probably a similar game to each other. It's based on high workrate and high attacking play as well. So for us to come out on top of that it's definitely the best preparation we could have got, I suppose, going into an All-Ireland to come out of a tight game like that.

It was pleasing the way that we were clinical at the right time and at the most important time.

Overall we were disappointed at how we were in front of goal, I think we had 14 wides and a couple of missed goal chances and we know that's not going to be good enough the next day.That's not to disrespect Galway or anything but there's a lot to work on".

He agrees that the team got a bounce from the semi-final victory.

"Everybody couldn't wait to get back onto the training field on the Tuesday night, we only did a recovery session but everybody was ready to go again."

27 year-old Brendan was Young Hurler of the Year when Tipp won their most recent All-Ireland in 2010. He was also the captain when they suffered defeat by Kilkenny in the final two years ago, after that epic drawn game.

Is the personal hurt from 2014, and the hurt from other defeats by Kilkenny a motivating factor this year?

"It definitely is, when you have opportunities and it doesn't work out for you it's always there in the back of your mind. You reflect on it but I'm very conscious not to dwell on the past, I'm a very firm believer in just sticking with the present, no matter what has happened.

So it would have been the same after a good win, you just have to draw a line under it and move on. That's the way sport works and if you read up on any of the athletes they'll tell you about living in the now.

I've always given everything to the present moment and I'm always trying to make sure that I train as hard as I can now and get my performance as good as I can for the All-Ireland. Hopefully then as a collective we can have a performance that can get us a win".

Having only won a single championship game from the seven in which he has faced Kilkenny, and having also lost three league finals against The Cats, the Tipp captain has discussed his frustration with that situation.

"There's no point in saying it's not a monkey on the back, it is and I'm just glad we have another opportunity now to have a crack at them. It's been two years since we played them in championship so I'm just glad that we're back and we have a chance to prove ourselves against the best. There's no doubting that Kilkenny have been the best team possibly of all time, but definitely in the last 10 years since I've started playing.

He's clearly pleased that the team has captured the imagination of the public.

"We noticed that with the big crowd that turned up at the open training session, and you feel it on the day of games and after games. When people meet you it seems that they're recognising the hard work that's going in.

To be honest I'm not going to say that we're working any harder this year than last year or the year before. Every year we go out you give 100%, any GAA player from any county gives 100% of what they have.

Whatever reason we have fallen in the past, such as the semi-final stage last year, whatever the reason it was all just purely performance-based and the way we played. It wasn't down to lads not giving 100% in training or anything. I think every year every county team gives 100% in training.

This year I suppose it's a mixture of a lot of things that have worked in our favour and that have got us to be a better team. It's great to be in this position now".

The Borris-Ileigh player believes that Tipp will have to improve in midfield and around the middle third of the pitch to match Kilkenny's intensity.

"I think it comes in training and trying to replicate those situations in training as much as possible, getting yourself mentally ready for that as much as physically. It's so repetitive and it's so relentless in that middle third, you really just have to be fully tuned in and be able to cope with that for 70-plus minutes or however long you're on the field.

It's definitely something that we have worked on, because the way the game has gone I think it has changed. That middle third is really a lot of numbers, it's different to the old traditional game.

I think we battled well against Galway but whether we had the right numbers in or around there... we were outnumbered a lot and we need to look at that and make sure we have it rectified for the next day, definitely".

Brendan is more content since being restored to midfield this season.

"I definitely feel a lot happier in my own skin, because I know that's where I'm playing. I went through a couple of years where I was changing from half back to midfield to half forward last year so I was kind of getting different roles. It's hard to prepare, it's a different challenge. I suppose your versatility goes against you. It's good to be a versatile player but then in those situations where you can get moved when a problem arises somewhere, as a versatile player you're the first one to be chosen to go and try and fix the problem.

I'm happy, Mick (Ryan the manager) has shown a lot of trust in me to pick me and leave me in midfield this year, and I'm just trying to repay that trust he has put in me as much as possible".

On a personal level he has another incentive to lead his team up the steps of the Hogan Stand on Sunday, having already captained his county to a Minor All-Ireland win in 2007.

"I'd love to go one better and captain a winning Tipperary senior side - there's a proud tradition of three Borris-Ileigh men already that have captained Tipperary to All-Irelands so it would be great to put my name down with them - Sean Kenny, Jimmy Finn and Bobby Ryan in 1950, 51 and 89".