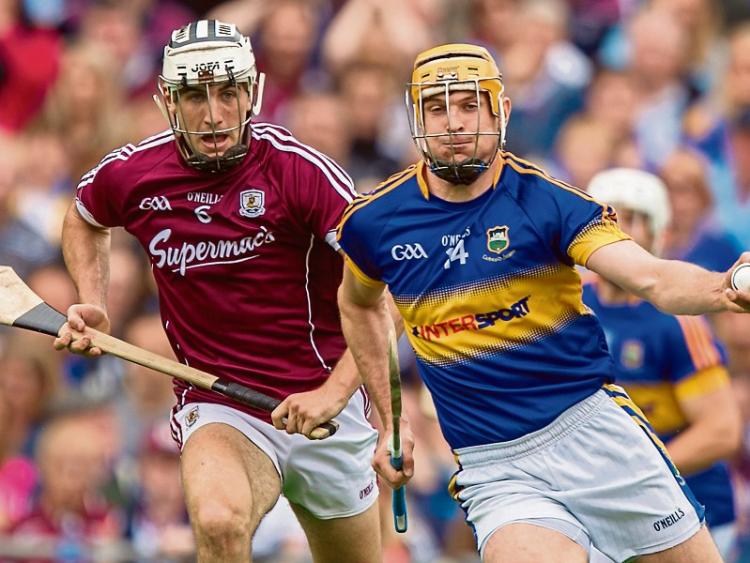 He came on as a substitute and scored two points when Tipp last won the All-Ireland Senior Hurling title in 2010.

However if Tipp are to bridge that six-year gap by beating Kilkenny on Sunday you'd imagine that Seamus Callanan will play a much more central role in the success.

The Drom/Inch player, who turns 28 in a fortnight, has been one of the top marksmen in this year's championship, scoring 2-34 (a haul that included 2-7 from play) in Tipp's four championship matches.

He was the focus of much attention before the semi-final against Galway, after he had scored 3-9 (3-4 from play) in the corresponding fixture last year.

The lethal full-forward scored 9 points (8 frees and one '65) in this year's semi-final, and while he didn't disturb the scoreboard from play he still made a significant contribution. His departure from the edge of the square in the second half created the space in which his fellow forwards prospered, especially John McGrath, who created the chance for Bubbles O'Dwyer's clinically-executed goal with a clever pass.

Callanan then set up John McGrath for his goal with a delightful handpass, as Tipp ground out a narrow victory.

Supporters are now hoping that the rumours of a hand injury picked up by Callanan in training are without foundation.

His importance to the team has been underlined by Padraic Maher, a player who has soldiered alongside him for the past number of years.

“His record speaks for itself over the last couple of years", says the Thurles Sarsfields defender.

"He has been up there for Hurler of the Year two years in-a-row and his form this year has been fantastic again. The number of goals he is after the getting in the last number of years, if we can give him the right service from the middle third we know he can do the damage along with John (McGrath), Bubbles, Niall (O’Meara) or whoever is in there.

There is a lot of expectation on his shoulders because he has been scoring so consistently. I don’t think he scored from play the last day, hopefully there is a little to come back from that as well.

Teams target him now because he is such a big leader for us but he is well able to take it on his shoulders and he is showing it in his performances over the last number of years and this year so far".

Seamus Callanan made his championship debut in the 2008 Munster Senior Hurling semi-final against Cork at Páirc Uí Chaoimh, when he scored three points from play.

In his 37 championship appearances in the blue and gold he has scored the grand total of 24 goals and 145 points.