The McGraths are brothers in arms in new hurling dynasty 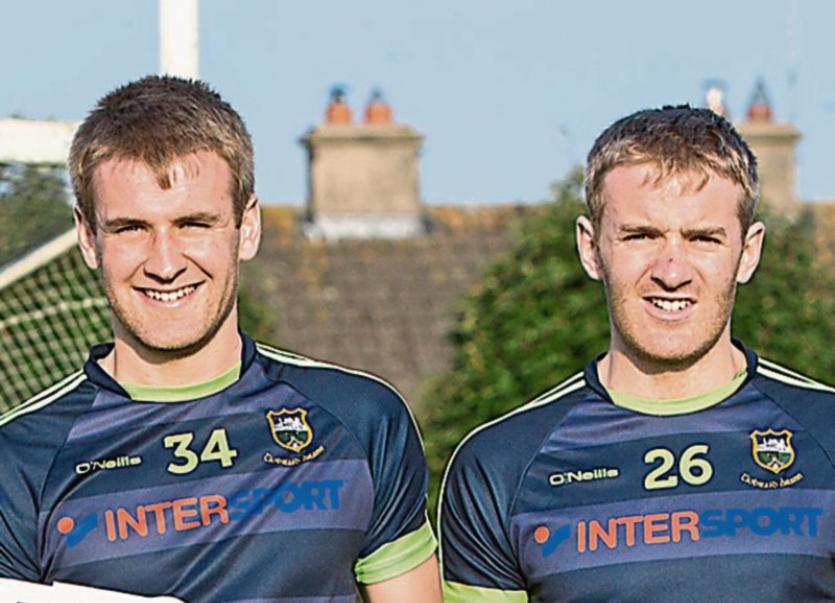 Family dynasties are nothing new in GAA games.

From the Rackards of Wexford to the O’Sheas of Kerry, from the Brogans of Dublin to the Fennellys of Kilkenny … the list is endless.

Brothers in sport have always been a feature of our games and this year Tipperary has added a new name to the list.

In the senior game brothers Noel and John McGrath will seek to shoot out the lights on Kilkenny while junior brother, Brian, will anchor the Tipp minor defence against Limerick.

It will be a busy day for Pat McGrath and his household from Loughmore and Castleiney.

A young Pat McGrath was at the heart of a hurling renaissance in Loughmore and Castleiney in the 1970s.

Driven by Fr. O’Rourke, this traditional football enclave embraced the sliotar and the hurling revolution that followed culminated in an historic Dan Breen success in 1988. The McGrath fingerprints were all over the story.

Pat’s career was long and distinguished – he played masters into the new century – even if the senior inter-county segment was short and fragmented. He won a Celtic Cross as a panelist in ’89.

This was the hurling heritage then into which Noel McGrath arrived on December 17 1990. (It’s unusual for the McGraths to get timing wrong but if Noel’s arrival was a fortnight later he have enjoyed an extra year in every grade!).

Anyway Pat’s son would develop as a really precocious talent, earmarked for greatness at an early age.

He spent three years as a county minor, winning All- Irelands in the first two, ’06 and ’07.

Noel now had the perfect collection, two minors, an U-21 and a senior. Put an All Star beside that collection and the new starlet of hurling had truly arrived.

Since those heady days of 2010 things haven’t always gone smoothly. When things have gone wrong for Tipperary he’s been a target for criticism, most of it very unfair coming from people who don’t understand his hurling method.

He’s never been a blood and thunder type of player but that doesn’t mean he’ll shirk the battle. An early hit on Tommy Walsh in the 2010 final laid down a marker and watch his goal in that match, where he threw himself at the Kilkenny defence in order to usher the ball home – not the actions of a timid type.

But mostly he operates as a supreme hurling predator. He’ll read the breaks, nudge a high ball into his path instead of going for the big pull or catch, his peripheral vision is peerless in picking out colleagues and of course those silken wrists make point- scoring from any distance or angle look effortless.

No wonder that RTE analyst, Seanie McGrath, recently identified him as one of his favourite players.

Where Noel has gone younger brother John has now followed, making an astonishing impact in his first full season as a senior.

There’s an anecdote I’ve told elsewhere about John but it bears repeating here.

A number of years back I superintended exams in Our Lady’s Templemore. In a centre adjacent to mine I noticed this attendant who seemed to spend the day sitting with a hurley in one hand and a sliotar in the other, tip-tapping the ball from hand to stick.

On enquiring I was told he was Noel McGrath’s younger brother John. I bet he took that hurley to bed too.

His rise to prominence this year has been truly spectacular. He spent three years as a minor, winning an All-Ireland football title in ’11 and a hurling counterpart in ’12.

An U-21 eluded him last year when injury restricted his impact and possibly cost Tipperary that title as they went down to Limerick in the opener.

Like his dad before him he has mixed the codes but seems focused now on the sliotar.

If Noel is the predator then John is more of a warrior, well able to win his own ball in the tight traffic near goal.

His vision is remarkable too for a rookie at this level, where he’s aware of colleagues and seldom wastes possession.

Given the chance he’ll find the target too as his scoring exploits this year indicate.

As a club hurler John has a remarkable record, claiming county medals at all grades from U-12 to senior.

For Michael Ryan he offers a new dimension to Tipperary’s attack this year – for Brian Cody a new problem to solve.

Even before Sunday he must be in the reckoning for an All Star to match Noel’s of 2010 and already speculation has started as to whether he’ll become the greatest of the McGrath siblings – a judgment still in the womb of time.

Following in such footsteps can’t be easy for junior sibling Brian, who is already making his own mark in his third year as a minor.

Physically stronger than his brothers at his age he’s been steady and reliable at number six – and quite a hitter of long-range frees too.

While the brothers carve out careers as attackers, Brian seems more at home in defence where his combative edge is very evident.

You can expect Brian to graduate to U-21 next year and don’t be at all surprised if, soon after, he joins his elder brothers in the senior set-up.

Would it be the first trio of brothers for Tipperary since Pierse Bonnar’s sons from Cashel paraded their talents in the late eighties and early nineties?