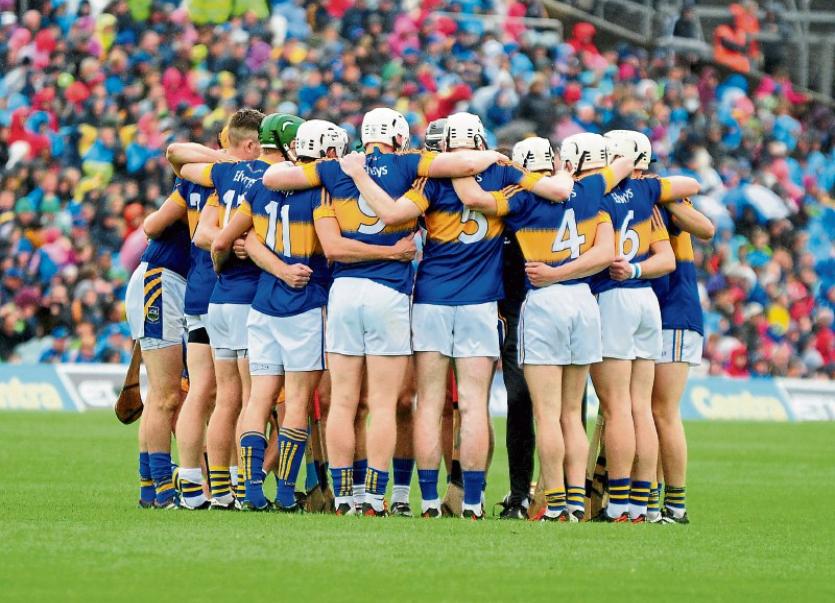 And so, we go again.

The two greatest rivals of the modern day era will once more lock horns in Croke Park on Sunday afternoon next in the much anticipated All-Ireland senior hurling final.

Tipperary and Kilkenny have really captured the hurling imagination over the best part of the last decade and even if The Premier County has really only managed to land one significant knockout punch - the epic All-Ireland Final of 2010 - the clashes have been the stuff of legend with high drama, magnificent scores, excitement and pulsating end-to-end fare being the order of the day.

The great news is that more of the same is expected on Sunday when more than 82,000 spectators will cram into Headquarters to witness what we hope will be a game for the ages.

There's a fair bit of history between Tipperary and Kilkenny in recent times, but it's a history which is built on manliness, hip-to-hip hurling, never giving and inch and ultimately dying with the boots on for the sake of the cause. Unfortunately, from a Tipperary perspective, the outcomes have, by-and-large gone against the wearers of the blue and gold jersey. But, there is a feeling in Tipp that this could be the year to down the black and amber. Previously, Tipp have stopped the 'Drive for Five' - now they must stop the three-in-a-row.

After the championship opener against Cork and also against Limerick in the semi-final, The Tipperary Star wrote that there ' is something different about Tipp this season'. That 'something' has manifested itself in an ability to win tight games; in the dark, but necessary, art of stifling the opposition when required; and in the knowhow to put teams to the sword when they are hanging on the rack. We haven't always been successful in these departments, but this year is different.

Much like all the finals involving Tipperary and Kilkenny since 2009 - this will be the sixth in that time - there will be next to nothing in Sunday's outcome. Yes, there have been greater margins between the counties outside of the finals, but on the ultimate day of the hurling calendar, the results have tended to hinge on small margins.

Tipperary and Kilkenny both know each other backwards so there will be little ability on the part of either management team to spring surprises. What this ensures therefore is that there will be a certain amount of abandon associated with the game - go out and hurl the socks off each other. That will be the call.

Granted, there will be a massive amount of methodology utilised also, but in general, Tipperary and Kilkenny will go at one another with ferocious intensity. There will be brutal physicality, unbelievable speed and power, massive commitment in the tackle, and extraordinary levels of skill under the greatest of pressure. Kilkenny are the recognised masters, but Tipperary have been the student princes and now is their time to turn the tables.

To do so, Tipperary must produce their finest display in six years. This means taking the game to Kilkenny from the off, dictating the tempo, and devouring chances when they materialise. It means being totally focused, in-tune with each other, and having a heightened level of awareness throughout all sectors of the field. And, off it as well.

Tipperary have answered all that has been asked of them so far this season. But, Sunday will be their greatest examination to date and will see each player come under far more scrutiny than heretofore. Any lapses in concentration will be punished; any indiscipline likewise. Over-elaboration or labouring on the ball will be exposed and any laxness in defence or midfield targetted.

Put simply, there must be an extraordinary performance from Michael Ryan's men if the Liam McCarthy Cup is to be landed. Why? Because, quite simply Kilkenny have only been beaten in two All-Ireland Final since the turn of the millennium. And, they have been in thirteen in that time, with Sunday marking their fourteenth. It's a well documented and remarkable achievement, but Sunday gives Tipp the chance to be the only county to have beaten them twice during their era of dominance.

So, what will happen when the ball is thrown in on Sunday afternoon? Expect the first fifteen minutes to be frenetic and frantic. Expect the hits to be massive - there could well be early goals as both sides race for the juglar from the off. Markers will be laid down, lines might even be crossed. It will be hot on the sideline, in the stands and most certainly on the pitch.

Tipperary will want to boss this game from the off, but Kilkenny will be anxious not to allow The Premier County to get into the lead. They will close down the supply lines to the forwards and it is likely that we will see their half forwards and midfielders flooding their defence to offer additional cover on the likes of Seamus Callanan, John McGrath and John O'Dwyer, if he starts the game.

It's likely that, with Michael Fennelly out of the picture, Kieran Joyce will come back into the heart of the Kilkenny rearguard- if so, could Tipp deploy Noel McGrath at centre forward in a bid to unlock defence? Or, perhaps the experienced Eoin Larkin will come in with Conor Fogarty playing at centre back? Will Brian Cody be content to have his big three playing outfield, around the middle of the park, or even further back - Richie Hogan and TJ Reid were very deep for the replay against Waterford, but this was more of a ploy to combat the Deise sweeper than anything else. It's hard to see them adopting the same kind of tactics again.

As for Tipperary, expect more of what we have seen all season. They will be direct and long, but with purpose. They will be conscious of not allowing the Kilkenny half backs to enjoy aerial dominance as this leads to being the launchpad for attack. Darren Gleeson, Tipp keeper, will have a major part to play in this regard - his duty of defending the goal is only one aspect of his role. The Portroe man will be re-starting the game on perhaps thirty occasions - it is vital that Tipperary are given more than a 50/50 chance of seizing possession from those re-starts. Variety therefore, is likley to play a bigger role in the puckouts than it has done all season.

Can Tipperary win the game? It's an Obama answer - Yes we can. If Tipperary get the performance right, the Liam McCarthy Cup will be in Semple Stadium on Monday evening next. The team is good enough, there is a decent bench, the hunger is there, and the confidence is high. Yes, they must improve on the semi-final showing - that's a given at this stage. But, the vitally important thing to note is that Tipperary have the wherewithall to improve. They will find more gears in the machine and the hope is that they will sprint clear to cross the finish line in front.

It will be tight, but, just like the semi-final, one point will do.

Our hopes go with the players and the management team - they have given us many thrills this season. Now for the ultimate prize.