The squad - you come in and work, or you go 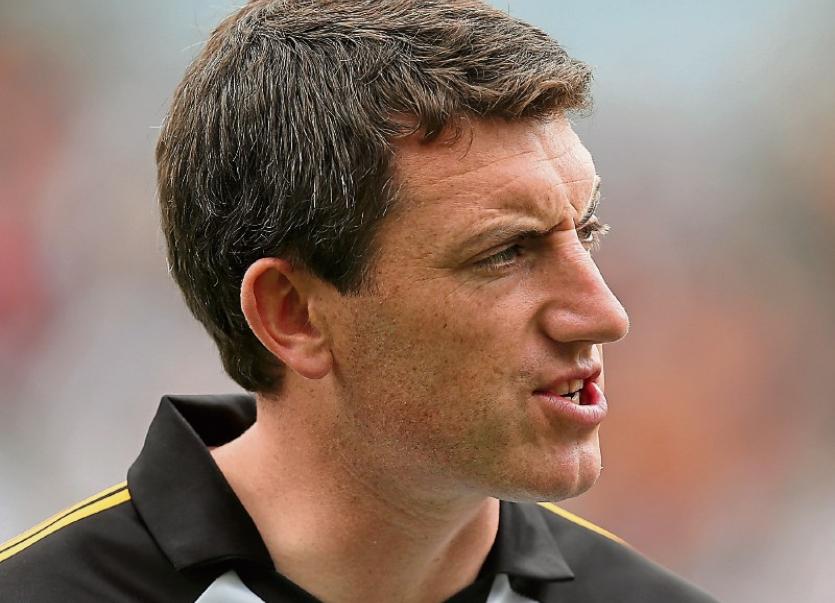 The culture of hard work and commitment built up in the Kilkenny hurling camp over the past decade or so continues to inspire new recruits.

New players brought into the squad only have to look around at the long established stars and how hard they work to see what is required to be successful, selector Derek Lyng has suggested.

“Young players coming into the dressing-room years ago could see Henry (Shefflin), J.J. (Delaney) and the like and how they went about their business, and they soon learned what was required of them,” said the Emeralds (Urlingford) clubman and Kilkenny selector when asked about the driving force in the squad.

“Regardless of the medals they had, they were always striving for more, looking for the best from themselves, and physically they minded themselves too. That healthy attitude is still there.

“All that feeds into a very positive thing for Kilkenny,” he added.

The culture for every player to give his all was just there, he insisted. The players were always committed, but Brian Cody added something extra, and Michael Dempsey has made a huge contribution too, he insisted.

“They have developed a system over the years that really works, and they continue to try and make it better as the years pass,” the former All-Star said. “The players have developed an attitude which doesn’t accept second best.

“They are ambitious and hard working. They know their careers can be short lived, and they have to make the most of it.

“They are doing that. They appreciate the fact that a career can pass quickly enough, and they want to get the most out of it.”

And he added: “They feed off the players who have gone before them as well, and how they went about their business, and how they got the best out of themselves.”

Hurling, he felt, was a game no player could ever say he had mastered.

“You can always get better,” he insisted. "In my time (2001 to 2012) the boys always wanted to get better. Anyone who comes into the dressing room and sees the situation is either inspired by it or not. If not, they won’t last.

“When I was there Peter Barry, D.J. (Carey), Andy Comerford and these lads drove things on. There was a hugely competitive atmosphere. You earned everything you got in terms of getting on the panel, getting on the team.”

And if you made the team, the goal was to stay on it, he added. To do that you needed to perform, to work on your game, your fitness, everything.

“I definitely would have gained a lot from having those lads around,” Derek assured.

Lyng made 32 championship appearances for the county before joining the management team in 2013. Now he is part of a backroom team chasing an All-Ireland hat trick of wins.

He enjoyed golden times as a player, winning six senior All-Irelands, and in his own words, the “brilliant times are continuing”.

He is from the border area of North Kilkenny that edges Tipperary, and he knows full well the ferociousness of the rivalry between the counties.

“It is age-old,” he smiled. “It sharpens the focus and generates huge excitement when the counties clash. I know we are after meeting a fair few times in recent years, but these games never fail to excite.

“I think that feeling is right across the country, not only in the counties. The two recognised best teams in the country are going to go at it.

“That is what followers of sport want, to be looking at the best.”

Kilkenny’s Leinster championship was good, he felt, with solid wins over Dublin and Galway, who were beaten All-Ireland finalists of 2015.

He wondered aloud did the five week break before the All-Ireland semi-final against Waterford impact negatively against Kilkenny.

The Déise had a match against Wexford to help get over the disappointment of defeat in the Munster final, which must have been a help.

“That was a nice game for them to get back into the swing of things,” he offered. “Then they came in with all guns blazing against us.

“You think you are right going into a game, but if you are a fraction off, you pay.

“Our players showed massive courage to stay in that game and salvage a draw. They were hurting before the replay, and they performed.”

But from where does a team dig out a performance like that?

“The players have moved on from the Waterford game.

“Tipperary winning the second semi sharpened the senses. You see the players they have.

“We know the challenge ahead is massive. The players know it. They will be looking for improvement. They always do.”