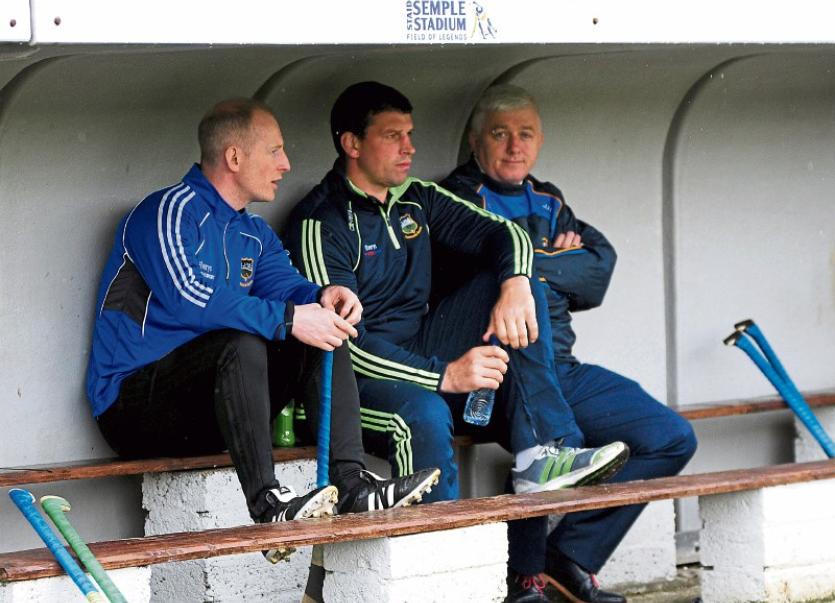 1: The number of red cards shown to Tipperary players - John O'Dwyer against Limerick in the Munster semi-final.

1991: The last time Tipp contested the All-Ireland senior and minor finals in the same year, winning the senior against Kilkenny but losing to minor to The Cats.

11: The number of yellow cards given to Tipp players so far this championship season. Cathal Barrett leads the charge with a yellow card in each one of the four games while Michael Breen, Ronan Maher, Dan McCormack, Brendan Maher, Sean Curran, John O'Dwyer and Seamus Callanan all have one each. Yellow cards have been shown to eight players from opposing teams in Tipp's games.

23: The number of players who have featured in Tipperary's championship games so far this season - the starting fifteen against Galway in the semi-final, plus John O'Dwyer, Jason Forde, Sean Curran, Thossy Hamill, Aidan McCormack, Kieran Bergin, Daire Quinn and Donagh Maher

30: The number of different players who have featured in the 26 man squad on match days.

10-72: The score racked-up by Tipperary in the season so far. The average score per game is 25.5 points.

3-60: The scores against for the season in the four games with 17.2 points being the average score conceded

46: The number of wides Tipp have had this season in the four games. The erratic shooting has increased as the season progressed - 11 vs Cork; 9 vs Limerick; 12 vs Waterford and 14 vs Galway.

135,380: The number of people who have attended Tipperary's four championship games so far - the number will rise to almost 220,000 people by next Sunday. The average attendances at Tipp's games so far has been 33,845 - the highest of any county in the championship.

27: The number of All-Ireland senior hurling titles won by Tipp, should Sunday's final fall in our favour. Kilkenny currently have 36 and are looking for their 37th. They have won 11 since the turn of the Millennium, whereas it took them 30 years to win their previous 11 - from 1963 to 1993. Tipp on the other hand have won just two since the turn of the Millennium, and five from 1963 up to 2000.