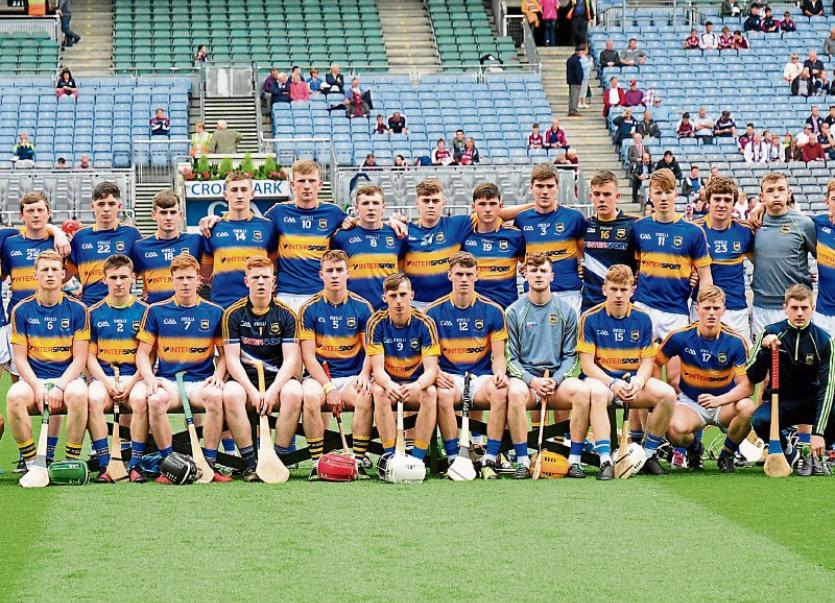 If ever a team is set up for a big fall, it's the Tipperary minor hurlers as they face up to Sunday's All-Ireland Final against Limerick.

Having beaten their Munster neighbours by a whopping 1-24 to 0-10 in the Munster Final in Pairc na nGael, they then progressed to put seven goals past Galway in a 7-12 to 2-12 rout in Croke Park in the All-Ireland semi-final.

So, Liam Cahill's men arrive at All-Ireland stage as raging hot favourites to claim the Irish Press Cup for the 20th time bringing them to within one of the honours leaders Kilkenny.

Tipperary have won the silverware in each of the decades since it came into existence, apart from the '60's curiously enough, considering the level of success The Premier County was enjoying at that time. But, that will count for little on Sunday when the ball is thrown in and neither will the fact that Tipp have already dealt with the Limerick challenge.

Munster Final day went horribly wrong for the home side and Tipperary bagged seven of the ten scores in the second quarter to establish a sizeable interval lead. And, when centre forward Jake Morris goalled within three minutes of the re-start, Tipp were never going to be beaten.

Most people acknowledge that Limerick never got going and let themselves down quite badly. They will be all out to make amends on Sunday and have huge incentive to put one over Tipperary.

"It was a big job to bring the team back down again after the Galway game. We didn't think that we would get seven goals but they know that they won't be getting seven goals like that again. They are a good bunch of lads and if we bring our best game to the final, we have a good chance. But, history is full of teams which felt that they were king dicks but found out otherwise," selector John Sheedy said this week.

The management team had a difficult few years before finally landing silverware in the provincial final this year - apart from the obvious reasons, they would very dearly love to land the ultimate prize. It would represent a sense of personal justification, even if they point out that their only concern is with providing future senior hurlers to wear the blue and gold jersey.

While John claims that the clubs of Tipperary deserve enormous credit for providing players for the county minor panel, he also adds that the structures put in place by the County Board are beginning to reap rich dividends. This makes the job of shaping and moulding the players into intercounty men a little easier and both men look forward to the day when some of the players thay have put through their hands are running out on All-Ireland Final day for Tipperary in a senior decider.

He also points out that the fact that there are no dual players permitted in the minor set-up has meant that there has been total concentration on the hurling code. "Some of the lads last year were involved in so many teams - 16 or 17 teams in one year - sure you'd want to be Batman to be able for that. It was crazy," John says.

TJ adds, "The players are much fresher this year. They are coming to training and are able to concentrate on what they are doing. It's a panel of 32 players and they are all training hard. Whoever shows form will get the jerseys going out. It's as simple as that."

Minors have a lot going on in their lives these days. Some have just completed the leaving cert and are preparing for the next phase in their lives. Others are getting ready to start out in the final phase of their second level education, while others still are heading off to college. It makes for a complicated set of schedules to be managed and controlled, as well as ensuring that the hurling doesn't suffer. Thankfully, Tipperary have a very down to earth bunch and the management team with Liam Cahill and Michael Bevans as Coach have been very conscious of developing the whole players, rather than just the hurler. They have ensured that the minors are well rounded, well tuned-in and ready to take on the pressures of life as well as the pressures of playing in a huge game like and All-Ireland Final.

They's have to be. Because, Limerick are going to bring one hell of a challenge to reverse the Munster Final result.