Batman wouldn't have done what some Minor players were being asked, says selector John Sheedy

Players are said to be fresher from concentrating on hurling only 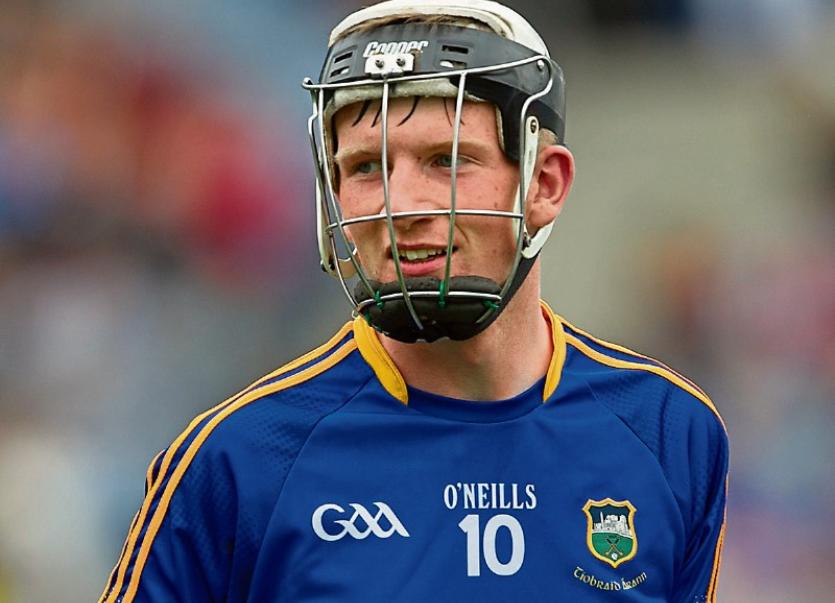 Last year Tipperary played in the All-Ireland Minor Hurling and Football Finals and lost both.

This year Minor hurling manager Liam Cahill and his selectors decided to choose players for their panel who would only commit to hurling, a decision that attracted some criticism from the county's football fraternity.

However Minor hurling selectors John Sheedy and TJ Ryan have defended the decision, as their team prepares for Sunday's All-Ireland Final against Limerick (1.15).

"Some of our players last year played on 17 or 18 teams", says Portroe's Sheedy, a brother of former Senior hurling manager Liam.

"Sure Batman wouldn't do that. It's not physically possible, that's all. It's all about the player and the players' future. We are minders of these young Tipperary hurlers and our dream is in five years time or a few years time a lot of these players will be running out in Croke Park on All-Ireland Senior Hurling Final day.

It is a responsible job and you're trying to get the best of these young lads and teach them the road ahead, so that in the future the next Brendan Maher or Padraic Maher or Seamus Callanan is in this group of players, that's the dream.

People are saying we're anti-football. I have four North Junior A football medals, I'm very proud of them. But in the modern game, with all the back doors and everything you just have no chance, like".

TJ Ryan says "you'd have to say the players are fresher. They've more energy and it's very hard to do both.

We didn't see the players for three weeks going into the All-Ireland (Final) last year, about eight or ten of them, and it was very hard to prepare the team and there was a lot of pressure on Liam.

We made a decision this year that we were only going to run with a single player, that it was either hurling or football, and we didn't stop anyone playing football. If they wanted to make that choice they were quite welcome to go and play the football and the best of luck to them".

So is there pressure on the management team to justify that stance by winning the All-Ireland?

"I think it's going to be a decision that a lot of counties are going to have to make, that players are either going to play one code or the other.

I think you'd want to be an engine in a car, just turn it on and turn it off. It's not possible, players need time to relax as well as train".

Tipperary are going into the Minor final as favourites. They ran in seven goals when hammering Galway by 15 points in the semi-final and now they're meeting a Limerick team that they've already beaten by 17 points in the Munster Final, so keeping the team's feet on the ground has been a priority.

John Sheedy says "the big win over Galway in the semi-final is the elephant in the room. We did score seven goals the last day, you can't deny that, not in our wildest dreams going up did we think we'd score seven goals.

We definitely know we won't score seven goals the next day, so all these matches take on a life of their own. All you can do is prepare your team and we're so lucky, Mikey Bevans (the coach) and Liam Cahill are great men around the place,

They're preparing them as best they can. These are a good bunch of youngfellows now, they've given us everything since the start of the year. If we bring our game with us we have every chance but this will be completely different from the Munster Final.

That was a completely one-off day, and as everyone knows history is full of teams that thought they were kingpins and found out very quickly that they weren't".

TJ Ryan takes up the theme - "Limerick are probably in a better position than us to come into this game, but remember also that this is our second time to play them and I didn't think Limerick played well in the Munster Final against us.

They had a lot of chances and missed chances in front of the goal. That won't happen the next day, there won't be as much pressure on Limerick, whether the pressure comes on us.

I wouldn't be happy with everything we did last in the semi-final either, and hopefully we're going to have improve our own game as well".

Tipp have come a long way since they lost to Waterford in the opening match in the championship in Walsh Park at the end of April.

TJ says "different personnel have come in since we played Waterford. We have 32 players up there who are training hard and whoever is showing form will get the jersey going out and that's the way it has to be.

Carrick Davins' Michael Whelan broke a finger in the semi-final but is expected to be fit for Sunday.

However John Sheedy doesn't think captain Gavin Ryan, the St. Mary's Clonmel player who has been ruled out through injury all season will make it.

"He has a hamstring problem. He was very close to coming back before the Munster Final but it went on him again.

He's not far away but he won't have enough hurling done to feature the next day.

It's disappointing for the youngfellow and the fact that he was captain when his club won the county final last year, but he's young. He has a good future, he's a good lad, he likes his hurling".

"I think Tipp are in a good place at the moment, thank God, we're being competitive.

All we're saying the whole time is that you need to be competitive and the last two years we've been competitive and a lot of good hurlers have appeared in Dr. Morris Park.

The clubs in Tipperary deserve great credit, they're all working hard with their young hurlers and the structure seems to be producing a nice hurler and you'd be hopeful for the future".