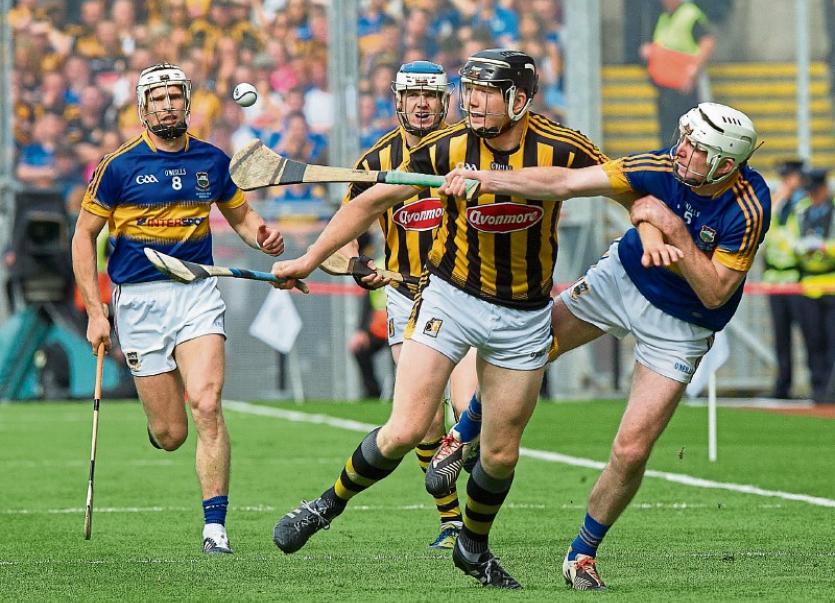 Called into the panel last November, Seamus Kennedy has a one hundred per cent record in the blue and gold jersey.

Played five, won five is his proud championship record as a Tipperary senior hurler since making his debut in the Munster quarter-final against Cork in May.

After that Cork game in Semple Stadium the St. Mary's Clonmel player starred in further championship wins over Limerick, Waterford and Galway. But the icing on the cake came on Sunday in Croke Park when the wing back won his second All-Ireland medal, to add to his All-Ireland Minor Football success in 2011.

"It's unbelievable, it's hard to put into words really", he said after Tipp's 9-points defeat of Kilkenny.

"It's been a surreal year in fairness, it probably won't sink in for a long time but just to come out on the right side of one of those classic games is a super, super feeling.

I definitely couldn't have imagined this. Missing the league because of Clonmel Commercials doing so well (in the All-Ireland Club Football Championship) I got a chance (in the hurling championship). I was lucky, I kept the head down, I got a break and thankfully I've made the most of it. It's really worthwhile today, thank God".

Was joining the county hurlers always an ambition for the 23 year-old?

"I think anyone that knows me around Clonmel knows that hurling has always been my first game. I was as happy as anyone for the footballers. I was a Tipp fan up supporting the footballers as well.

I was absolutely thrilled for them. I think they understood my decision as well. They're a super bunch of lads. I've always wanted to play hurling for Tipperary and today is just a dream come true".

He spoke about the different pace of an All-Ireland Final against Kilkenny.

"The Galway game was huge intensity as well but then Kilkenny, in fairness, as you've seen the true champions that they are, they really do go to a different level.

Those games you kind of get caught up in them and thankfully we stayed with them and wore them down eventually. It was a game of serious intensity".

At what stage did he feel that they had the game won?

"I don't think you can think that with Kilkenny, to be honest with you. We got a goal at one stage and they came straight back down and got another one.

As someone said I don't think you've them bet until they're back home. True champions that they are, they never give in.

Seamus also referred to the value of their semi-final win.

I think we came on a lot again today. You have to improve every day you go out, especially against Kilkenny and thankfully we did that".

The Tipp defence not only restricted Kilkenny's starting forwards to 2-5 from play, they always supplied quality ball to the forwards, with which they wreaked havoc on the Kilkenny defence.

"If you're hitting it into Bubbles, John McGrath, Seamus Callanan, if you give them any sort of a ball they're going to do damage", said Seamus.

"So that was our job, get it up to them as best we could and in fairness to the boys they did the business. Defence starts from the top and I think we put them under pressure all over the field.

I think the turnovers the forwards did just filtered all the way back through so we're delighted with that", he added.