Dream come through for custodian Darren 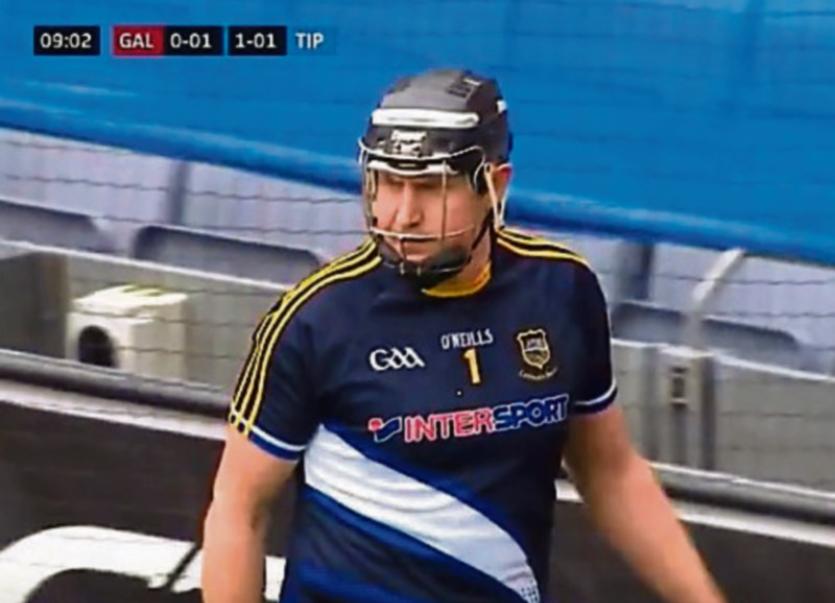 Tipperary goalkeeper Darren Gleeson pointed to the period immediately after half time as being very important in the overall scheme of the game, writes Noel Dundon.

In that segment, Kilkenny goalled to go two points in front, but by the time they managed a score again, Tipperary had added 1-4 to race back into a five point lead. It was a crucial response from Tipp and as far as Darren was concerned, it was a case of the players just not allowing to happen, what has happened so often in the past.

“We had a lot of hurt and we left it out on the field there today. Lads had been building that up for the guts of two years. We didn't let it out like we should have had last year, but we redeemed ourselvs today,” the big Portroe man said.

A sub in the 2010 season when Tipp won the last title, title had played understudy to Brendan Cummins for a long time. Yes 2010 was special, but being on the team six years later makes this latest medal even more significant.

“2010 was very special but it was a dream for me to get to the field and I am a long time waiting for it. It's something I will really enjoy in time to come - a real dream come through,” he said.

Kilkenny had come at Tipp in that period of the game referred to , but the Premier response was fast and decisive. The channels were cut off so as to prevent Kilkenny from running at the Tipp rearguard and this effectively suffocated their big guns and didn't allow them the space they required to wreak havoc.

“We had concentrated on that ten minute spell after half time. The goal from John O'Dwyer brought us to life and we hit a few points after that. 1-8 to 0-2 - that tells it's own story really. The goal woke us up and we stopped their runners coming down the middle late on. That was important because we haven't done that in the past,” he says.

Nonetheless, with Tipp five points to the good and with 13 minutes to go Darren made an important stop against Kevin Kelly, with the ball ending up being cleared to safety. A goal at that stage would have brought The Cats to within two of Tipperary and could have had the effect to introducing doubt to the psyche. Instead, Gleeson made that vital stop, but he batted away the praise with ease.

“ I just made myself as big as I could and it just hit me. Somedays you get lucky and they hit you, others day they fly in past you,” he said.

While Darren made that vital save, he also marshalled the defence very well and worked in conjunction with James Barry to keep Kilkenny at bay - they have formed a very sound understanding over the past few months.