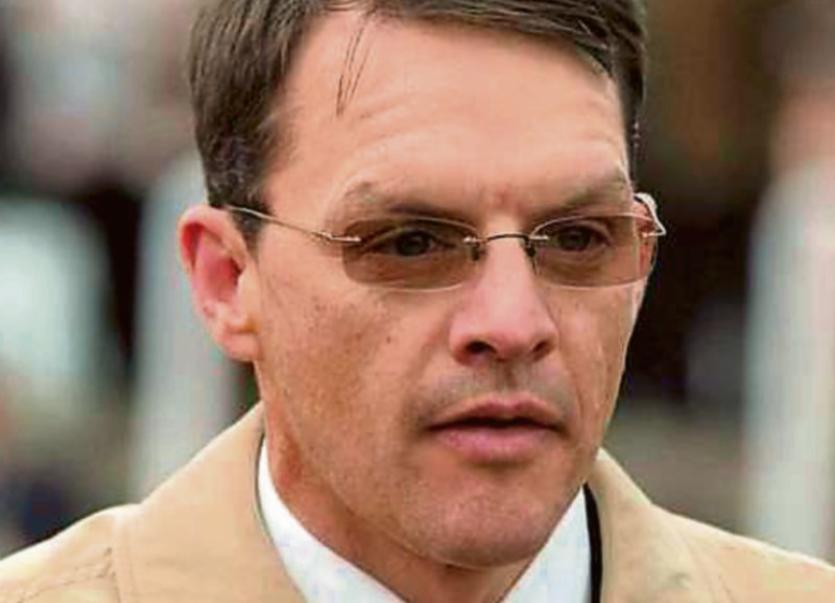 Order Of St George, the highest-rated horse in the country, heads a field of six horses as he bids to give champion trainer Aidan O'Brien his fourth success in the Palmerstown House Estate Irish St Leger on the second day of Longines Irish Champions Weekend at the Curragh on Sunday.

An 11-length winner in the hands of Joseph O'Brien last year, the four-year-old, unbeaten in three starts in 2016, will be ridden by Ryan Moore who is seeking his first success in the race, the final Irish Classic of the season. O’Brien will also be represented by Kellstorm and Unicorn. Ed Dunlop will be represented by his globe-trotter Trip To Paris while Willie Mullins will run Wicklow Brave, third in the race last year, and Curragh trainer Takashi Kodama has declared Silwana.

Aidan O'Brien was responsible for the first three horses home, Minding, Ballydoyle and Alice Springs, in the Group 1 Moyglare Stud Stakes last year and he will be represented by a team of four in this year’s renewal as he chases a seventh win in the race. Brave Anna, Hydrangea, Promise To Be True and Rhododendron will run for O’Brien while Intricately will carry the hopes of his son Joseph. Local trainer Michael Halford will be represented by Rehana while Jim Bolger’s Dawn Of A New Era will be one of very few horses to make their debut in a Group 1.

The Group 1 Goffs Vincent O’Brien National Stakes has also attracted a field of seven, with Aidan O'Brien responsible for three runners: Churchill, Finn McCool and Lancaster Bomber. The Walter Swinburn-ridden Desert King gave O’Brien his first Group 1 success in the race in 1996 and the Ballydoyle trainer is bidding to win the seven furlong event for the 11th time this year. Mehmas, trained by Richard Hannon and the William Haggas-trained Lockheed make up a strong British challenge. Psychedelic Funk and Son Of Rest are set to represent Ger Lyons and Tommy Stack respectively.

The Derrinstown Stud Flying Five Stakes is being run as a Group 2 for the second time and Eddie Lynam’s Sole Power, last year’s winner, features among the 14 declarations. Six are set to go to post for the Group 2 Moyglare “Jewels” Blandford Stakes with Aidan O'Brien’s Best In The World looking to hold a leading chance.

The Tattersalls Ireland Super Auction Sale Stakes once again boasts the largest field of Longines Irish Champions Weekend and 30 two-year-olds, 23 of them trained in Britain, line up for this €300,000 event over the extended six furlongs. There is also a strong British challenge, headed by last year’s winner George Bowen, for the Irish Stallion Farms EBF ‘Bold Lad’ Sprint Handicap which has attracted a field of 18 while 25 horses are set to go to post for the Irish Stallion Farms EBF ‘Northfields’ Handicap.

Derek McGrath, CEO of the Curragh Racecourse, said, “We were treated to a very special performance by Order Of St George in the Palmerstown House Estate Irish St Leger last year and he returns to the Curragh as the highest-rated stayer in the world. While he represents the best of the older generation, I’m more than hopeful that both the Group 1 Moyglare Stud Stakes and the Group 1 Goffs Vincent O’Brien National Stakes will throw up two very good winners that can go on to be crowned champion two-year-olds. It is remarkable the number of horses that win at the Curragh in the early days of their careers that go on to dominate on the world stage.”