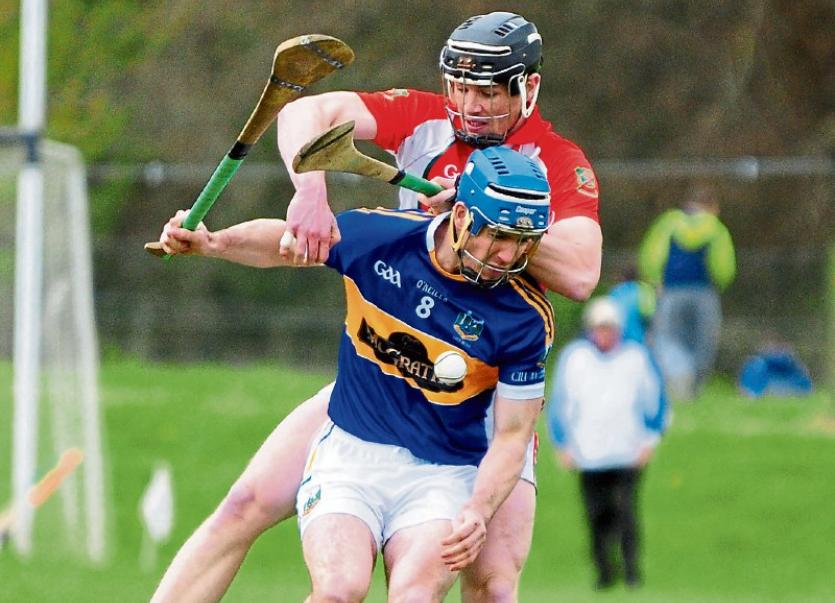 Sunday at MacDonagh Park, Cloughjordan is likely to represent an emotional occasion for Kilruane - at 2pm Mick Ryan’s side will face Dan Hackett’s Kiladangan in the Hibernian Inn North Senior Hurling Championship final.

The North Board opted to host the 2016 decider in honour of 1916 hero Thomas MacDonagh in Cloughjordan and since that decision was announced Kilruane have made it their business to do everything in their power to qualify for the decider. The occasion is doubly significant for Kilruane since it represents their first appearance in the final since 1994 while you have to trace the history books back to 1990 to locate the MacDonagh’s last success.

In all Kilruane have won the Frank McGrath Cup eleven times, but Kiladangan have set the pace in the North division in recent years and they will, rightfully, enter Sunday’s decider as clear favourites. Since promotion to the senior ranks Kiladangan have won the North final in 2008, 2013 and 2015. Indeed, Kiladangan manager Dan Hackett cherishes the North championship and you can be sure that he will have his slick side primed to win back-to-back titles.

One interesting aspect to this contest is the fact that both teams are coached by Portumna men - Seán Treacy works alongside Hackett while Noel Larkin coaches Kilruane.

Kilruane, who have also progressed to the knock-out stages of the county championship, enjoyed a bye in the opening round of the North before seeing off Borris-Ileigh (3-24 to 2-18) and Burgess (3-12 to 1-14) en route to this final. Meanwhile Kiladangan impressively won their Roinn I group before beating Toomevara (2-17 to 1-17) in the opening round of the North championship. Next up was a seven-point win over Ballina (3-16 to 2-12) before Kiladangan served notice to all pretenders when demolishing a fancied Roscrea (2-25 to 1-10) in the semi-finals.

The presence of a name like Niall O’Meara will catch the eye of the uninitiated, but the result of this contest is likely to rest on how Kiladangan cope with Justin Cahill at midfield and, alternatively, how Kilruane manage the ball-winning ability and sharp distribution of Joe Gallagher. The aerial contest between Kilruane’s Brian O’Meara and Kiladangan’s Hugh Flannery will be more than interesting. Watch out too for rising stars like Alan Flynn, Willie Connors and Paul Flynn on the Kiladangan team while Kilruane will hoping for a big showing from Thomas Cleary, Cian Darcy and that warrior Séamus Hennessy.

Another fixture to catch the eye this weekend is the clash between Newport and Ballinahinch on Saturday evening in the final of the North Tipperary Intermediate Hurling Championship. Newport are chasing three titles in-a-row and must have their attention carefully trained on winning the county title this year. In contrast Ballinahinch have never won an intermediate North title and should be nourished by the memory of a whole series of defeats suffered at the hands of their neighbours. Former Tipperary teammates Conor O’Mahony and Shane McGrath will play key roles for Newport and Ballinahinch respectively while Dinny Ryan and Michael Sheehy (Ballina) pit their wits against one another on the sideline.