Carrick Swan battle back for victory 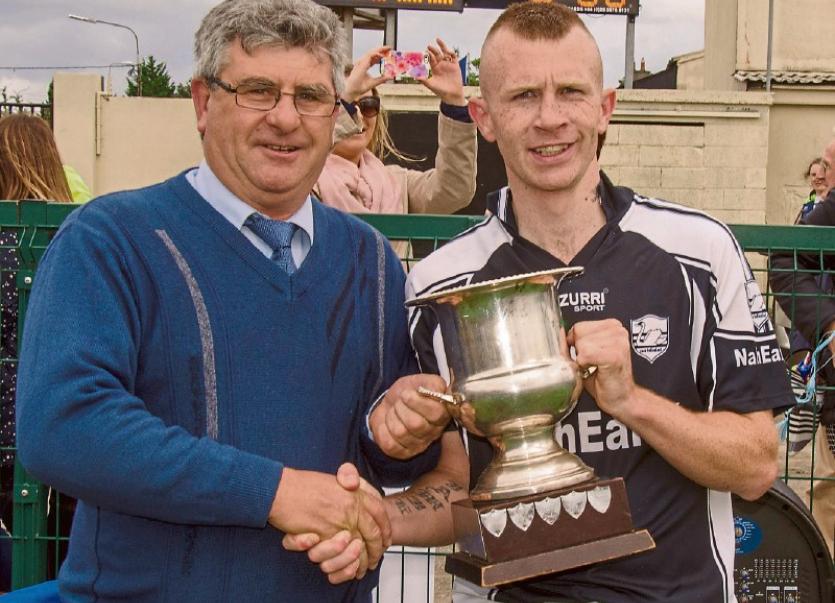 Carrick Swan staged a remarkable comeback to deny Moyle Rovers and claim the South Junior Hurling Championship 'B' title at Clonmel on Sunday, the curtain raiser to the senior decider.

A strong breeze blowing towards the dressing rooms end was to have a big bearing on the result as was the bank of experience on the Swan bench.

In the end Moyle Rovers were unable to hold on to the lead that they had built up in the first half with the aid of the strong breeze.

At half time they led by five points, 2.7 to 1.5. They began the second half with a third goal.

Then for some unknown reason they seemed to retreat into defensive mode and to concede frees.

Alan P. Ryan was in excellent free taking form for Swan and availed of almost every chance he got.

As the gap narrowed, Swan began to hurl better and better due to the experience which they launched from the bench.

Surprisingly Rovers were not to score again after Lorigan’s point in the 11th minute.

When Ryan pointed a free to level in the 20th minute, many felt that the game was now up for Moyle Rovers.

An even more vital score was Anthony Grace’s second goal for Swan after 15 minutes which cut the Moyle lead to only four points.

This was followed almost from the puckout by a Jamie Sweetman point and the gap was down to a single score.

As Moyle faded around the field one has to mention the heroic defence of their full back, the “evergreen” Liam Cronin. Time and again he repelled Swan onslaughts.

The last three scores of the game were all Alan P. Ryan points from frees, the first from a free in his own half worthy of “Bubbles” O’Dwyer or Eoin Kelly at their best.

The second was what many would term “a silly free”. This was where Swan’s experience showed when they brought on Ray Dunne and Mark O’Halloran as well as others already mentioned.

Swan were delighted with their win which has rescued their season and kept hurling very much alive by the banks of the Suir.

Moyle Rovers will be disappointed. They did well to beat the new South senior champions in the semi-final, but they ran out of ideas when faced again with “senior opposition” in the final.

Perhaps the nature of Sunday’s final was unkind to them with the wind making it a game of two halves. Perhaps the greater experience of Swan gained in many “senior battles” by their third string proved too much for the Rovers “second string”.

Patrons certainly enjoyed the game which was quite competitive and of a good standard.

Moyle Rovers gave themselves every chance of winning and perhaps a great save by the Swan goalie Michael McGrath in the seventh minute of the second half preventing a fourth Moyle goal was the turning poin,t especially as Swan went back up the field to point (a four point swing).

Well done to referee Pat Shelly who in the tradition of the All-Ireland Hurling final was inconspicuous.

After the game there was great joy in Swan ranks when their captain Jamie Long accepted the Cup from the Chairman of the South Board Michael Cooney.