The View - Divisional finals taking centre stage, but should Scór be given a chance? 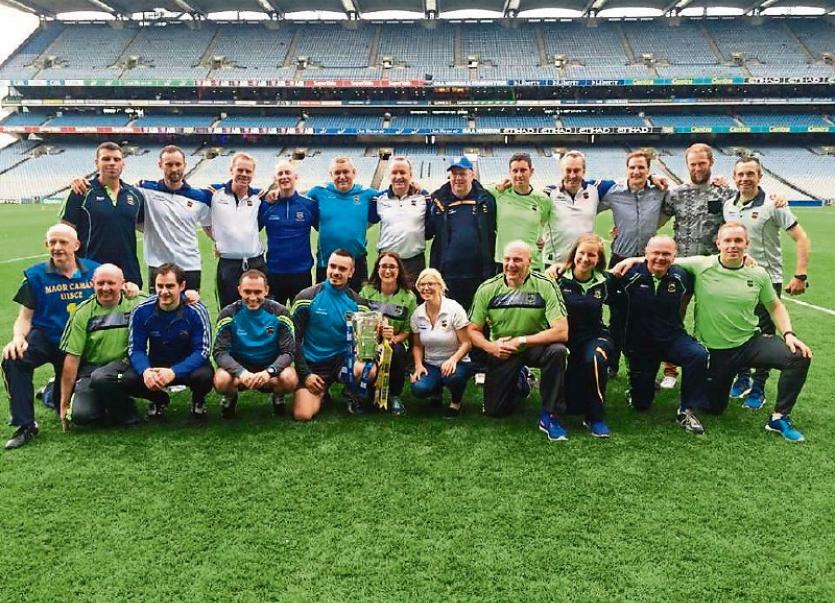 With the Liam McCarthy Cup on a tour of Tipperary at the present time, the emphasis returns to the field of play with real interest this weekend again.

We had the Mid and South Finals both being decided in the dying stages, with a point the winning margin for both Loughmore Castleiney and Mullinahone, and next weekend we'll have the West and North following suit, with hopefully similar formlines - a draw in either game will leave fixtures boss John Devane tearing out his hair although Tipp did get a slight reprieve from Munster Council for the senior hurling Munster club championship opener.

No Seamus Callanan for Drom-Inch in Templetuohy - he was in warmer climes and it wouldn't be hard given the gale force breeze which prevailed throughout the game from top goal to bottom. It made for difficult conditions for the players but they stuck to their task and produced a fine contest, even if the hurling skills were greatly compromised by the elements. Drom-Inch looked to be in a great position at half time having bagged two goals in three minutes from David Butler and Paul Kennedy, but Loughmore Castleiney, upped the tempo and managed to snatch the last three scores of normal time to force extra action - Brian McGrath making a telling impact.

The divisional silverware certainly meant something to the players - the exchanges proved that and the fact that there were a few serious skirmishes too enhanced that view. One such skirmish at the dressingroom side had a few scribes scrambling to hold onto the notebooks as the hurleys flew and players were pinned to the barrier. With only biros with which to defend , we hoped that the pen would prove mightier than the hurleys, should the need arise. Thankfully- for the players sake- the need did not arise and everyone emerged unscathed!!

Curiously, though they lost the final, Drom-Inch will probably be the happier of the two sides, going solely on the basis that they were without Seamus Callanan. They will require more from some of their men though if they are to progress.

Loughmore Castleiney too will be looking for more from some of their players who will probaly relish better conditions and wider pitches than Templetuohy - incidentally, the Moyne Templetuohy club had everything in ship shape on the day, but could do nothing about the weather. Both teams will now meet again in the county championship thanks to the draw made on Monday evening, but the return of Callanan will put a different complexion on proceedings. One big club will be out after that.

So, Eoin Kelly was the man again for Mullinahone, as so often in the past has been the case. The winning point, by accounts, was a beauty from under the hospital shadow - with the way it's being embellished, he will soon have struck it from a trolley in A&E!! He won the free himself, put down the ball and struck it into the wind between the posts - it was almost Jimmy Doyle like.

Bubbles had a quiet outing apart from placed balls - perhaps the visit to 'The Church' on Saturday evening and the week of activities had left him out of communion with the sliothar and camán. In fairness, it's difficult for players who have won an All-Ireland to come back down to earth - nothing like a bit of parish rivalry to help you on the atmospheric re-entry though.

This was the third year in succession that the sides met in the final with the lions share of the honours now going to Mullinahone. Both teams will be in county championship action soon and will probably need to find another gear or two if they are to make an impression. It would seem though that the divisional silverware will be the extent of their ambitions for 2016.

It's noticable that players from all the clubs are a bit rusty at the moment and why wouldn't they be - they haven't had a game for some time. Champions Sarsfields played their last game on June 26th and won't play for another two weeks at least - fourteen weeks later. Crazy stuff. What's the solution? Who knows? One thing is certain though, the club player is suffering and suffering badly. The county player wants a break now and the club player just wants a game. Never the twain will meet though. What'll end up happening is a cramming of fixtures like we have seen for a number of seasons - County CCC have a very difficult task and no matter what decision they make, someone will be put out over it. Club players deserve better, but who would want to miss the euphoria of the last few weeks.

The last two divisions will stage their showpiece games next weekend and again there will be much interest in the Clonoulty Rossmore vs Knocvakvilla Kms final, and the Kilruane MacDonagh vs Kildangan in the north.

Cloughjordon will be the venue for the north game, with the home side hoping to bridge a 26 year gap in so historic and significant a year for the MacDonaghs. To clinch the title at home would indeed be special, but they'll have their work cut out against neighbours and holders Kildangan.

Football comes into sharp focus too this weekend with a number of games in divisional and county championships coming into play. Loughmore Castleiney can do the divisional double by defeating a history seeking Upperchurch Drombane when they lock horns on Sunday at The Ragg and there are a few other decent clashes down for decision too. See Fixtures

One GAA enthusiast has pointed out to this column that the Association is losing out on a glorious chance to promote Scór and Irish traditional music during half time in our games. More often than not a CD is thrown on and blasted out over the tanoy at the break in games, thereby making it hard to chat to the people around you. But, were groups of Scór participants for instance, assigned to provide the entertainment at various venues, it could prove invaluable. Not only would they be gaining great experience of performing before a crowd, but it could also boost the profile of Scór - now that wouldn't do any harm at all. Scór is an arm of the GAA so why not make use of the captive audience by bringing live entertainment to patrons. With club games aplenty on at present, it could just be a runner.