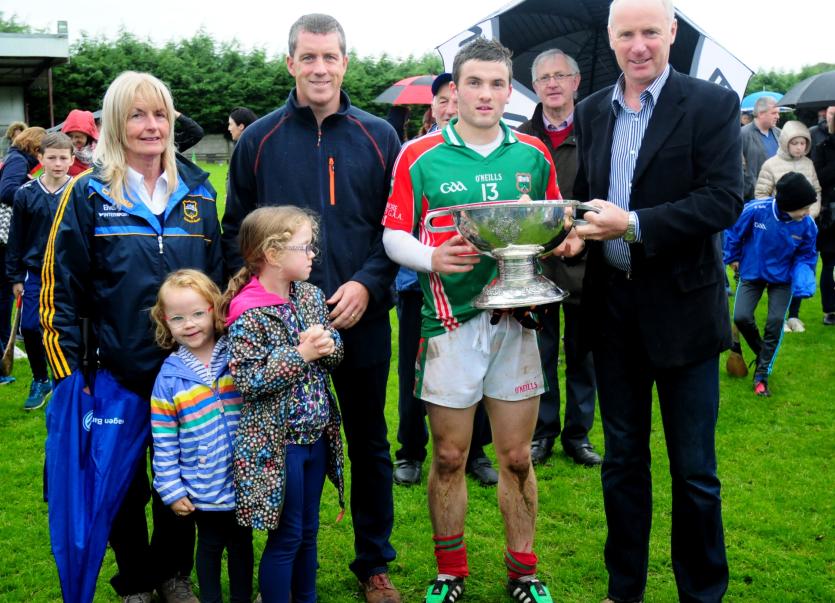 The extraordinary run of Loughmore-Castleiney continued on Sunday afternoon when Declan Laffan’s men added the Mid Tipperary Senior Football Championship to the hurling title the side won just one week ago - yesterday Loughmore beat Upperchurch-Drombane 1-11 to 1-8 in the Mid football final.

Meanwhile out West Donach O’Donnell’s Clonoulty-Rossmore saw off Knockavilla Kickhams 2-19 to 0-7 at Leahy Park, Cashel in the division’s senior decider. That contest represented the second part of a well-attended double header - in the curtain-raiser Seán Treacy's beat Golden-Kilfeacle 2-13 to 0-9 in the West Tipperary Intermediate Hurling Championship final.

In the Mid division Gortnahoe-Glengoole beat Drom & Inch (0-19 to 0-12) to win the Thurles Credit Union Mid Tipperary Minor B Hurling Championship final while JK Bracken’s Óg made history when winning the Mid minor A hurling title for the first time thanks to a 0-30 to 2-21 extra-time win over Holycross-Ballycahill. Meanwhile, up North, Borrisokane enjoyed a narrow win over Silvermines in the Ger Gavin Minor B Hurling Championship final.

Moyne-Templetouhy beat Moycarkey-Borris 0-12 to 0-6 to win the AIB Thurles Mid Tipperary Intermediate Football Championship final while down South Cahir beat Kilsheelan-Kilcash 1-15 to 1-12 and Clonmel Commercials saw off Moyle Rovers 1-14 to 1-13 to set up a senior football final between these keen rivals.

There were emotional scenes at Dolla on Saturday evening when Ballinahinch, thanks to a 2-14 to 0-19 win over neighbours Newport, won a first-ever Denis' Meats Intermediate Hurling Championship title.

In rugby, the Ulster Bank League returned on Saturday with mixed results for Tipperary teams in Division 2A - Nenagh Ormond travelled to Belfast Harlequins and won 28-17 while Cashel RFC lost at home to Malone 13-21. It should be interesting when the sides clash on Friday night in Nenagh.