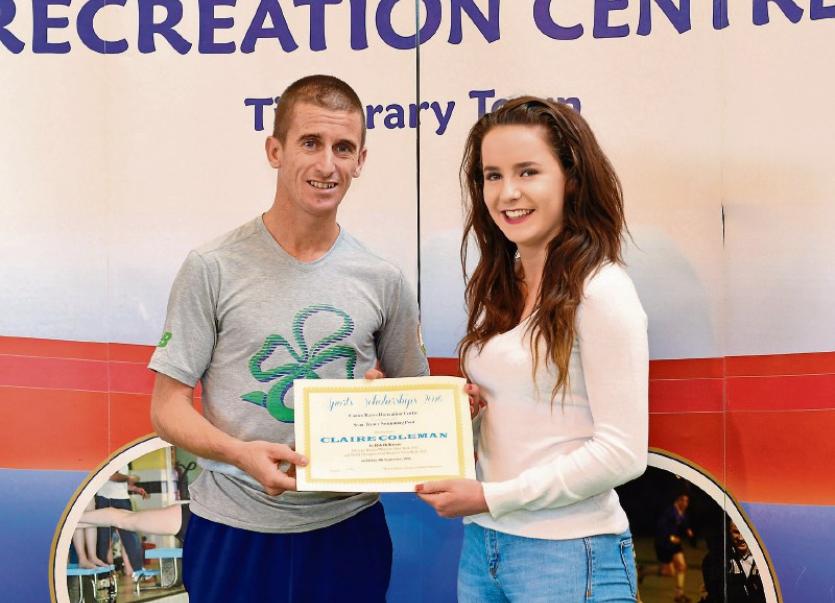 In welcoming Rob to the Canon Hayes Centre Chairman, Martin Quinn, said that the initiative was introduced in 1997 in conjunction with the Seán Treacy Memorial Swimming Pool, to identify and support young sporting talent and endeavour.

Rob Heffernan received a huge welcome when introduced at the event.

The World Champion and Olympic bronze medalist spoke about his training regime and the great support that he receives from his wife Marian, who is a retired athlete. Rob spoke about how he opted out of the life mapped out for him at a young age and that instead of following his father into a trade he put everything into race walking, and made his way to the very top, winning a World Title and an Olympic medal.

He spoke of his battles with injury, depression and abject poverty on his way to the top and of how he found himself cheated out of medals by those who were engaged in doping.

“I am delighted to be here in Tipperary and I want to congratulate you all on this fantastic centre. I want to congratulate all the recipients of scholarships here today and to wish them well in the future and to those who are not great achievers I want to say to you that just because you’re not a top sportsman doesn’t mean you’re a lesser person. What matters is taking part and getting exercise” said Rob