Callanan returns, but can he stop double champions Loughmore? 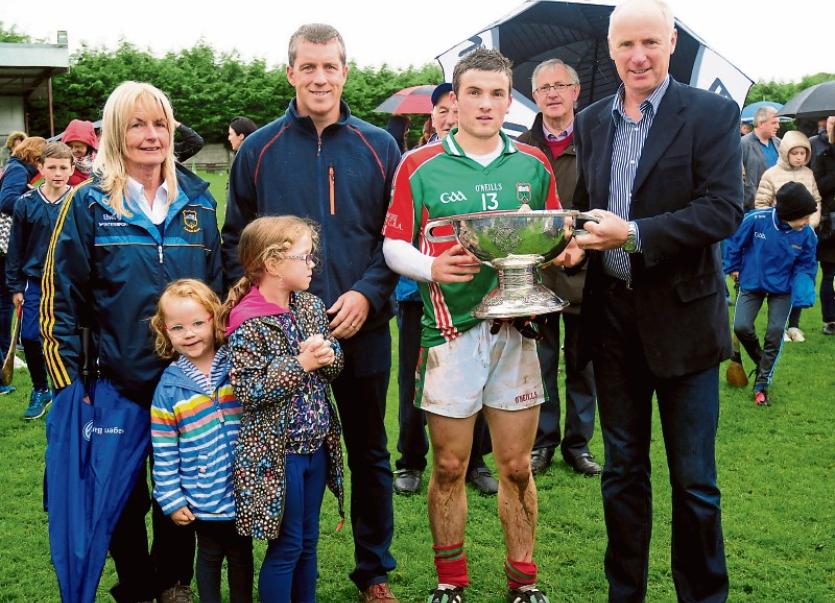 Séamus Callanan is back - the eight-to-one on favourtie to land the hurler of the year award following a sensational season in blue and gold has returned from holiday just in time to line out for his beloved Drom & Inch against Loughmore-Castleiney.

The county senior hurling championship, which is now sponsored by Tipperary Water, gets down to serious business this weekend when the preliminary quarter-finals feature on Sunday, September 25th.

Just two weeks ago the Mid rivals encountered one another in a thrilling divisioanl final which Loughmore-Castleiney won by a point after extra-time - the Loughmore lads added the divisional senior football title to their tally on Sunday last to complete the double.

Drom & Inch, however, were without Séamus Callanan for the Mid final and won't want their season to end this weekend. And, the same can be said for a Loughmore-Castleiney team who are in terrific form.

The clash between Loughmore and Drom will be preceded by Kilruane's contest with Carrick Swan while Burgess and Borris-Ileigh meet at Dolla and Mullinahone face down the challenge of Ballina in Templetouhy.

Waiting quietly for the winners in the quarter-finals are Roinn I group winners Kiladangan, Killenaule, Clonoulty and, of course, the three in-a-row chasing champions Thurles Sarsfields.

Thurles Sarsfields lead the market to land Dan Breen at 5/6 while Drom & Inch (5/1) are favoured over Loughmore-Castleiney (6/1) followed by Clonoulty (8/1) and Kiladangan at 9/1.

While the Kilruane-Carrick, Burgess-Borris and Mullinahone-Ballina clashes are attractive in their own right most neutrals will surely be attracted to Holycross to see the contest between Drom & Inch and Loughmore. Indeed, both sides will fancy their chances of winning the game if not the championship outright.

For teams regularly in contention for ultimate honours at county and divisional level the sides have not met all that often. In recent years the sides have only encountered one another in Mid Tipperary finals - in 2013 Drom & Inch prevailed (3-20 to 1-11) while Loughmore-Castleiney won the aforementioned 2016 divisional decider after extra-time 1-20 to 2-16.

A high quality contest is assured on Sunday with one question on the lips of hurling supporters up and down the county: following a two-week break what impact is Séamus Callanan going to have ont this contest? Can he make the difference and propel Drom & Inch into the quarter-finals or will this gritty group of Loughmore-Castleiney men progress into the last eight?

At the opposite end of the senior scale the relegation round robin from the senior ranks kicks off this weekend when Moyne-Templetouhy face Silvermines in Borrisoleigh at 4pm on Saturday and then on Sunday Moneygall take on the Knockavilla Kickhams in Templetouhy at 1.30pm.

In round two Knockavilla Kickhams will face Moyne-Templetuohy and Silvermines will pit their wits against divisional rivals Moneygall.

The final round will see Silvermines take on the Knockavilla Kickhams and Moneygall face Moyne-Templetuohy.

Following this round robin series of games the bottom two teams in the group will be relegated to the intermediate grade.