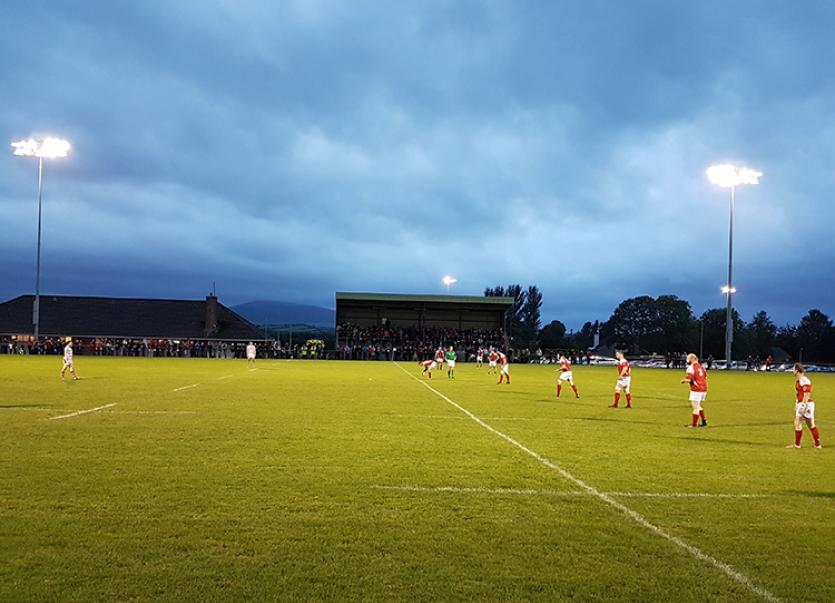 Nenagh Ormond streaked to a bonus-point win over Tipperary rivals Cashel at New Ormond Park on Friday night - the victory represented Ormond’s first senior win over Cashel and propelled Nenagh to the summit, albeit temporarily, of Division 2A in the Ulster Bank League.

A bumper crowd and a cracking atmosphere amplified a terrific occasion at New Ormond Park and both sides responded positively to the challenge. Indeed, the game was locked at eleven points apiece deep into the second half before a breakaway try from Clayton Stewart presented Nenagh with the platform to push on and dominate the final quarter despite playing into a stiff breeze.

This was good wholesome stuff which featured some ferocious collisions and was all the more entertaining for it. Both sides gave it their all with Kevin O’Flaherty and James Ryan catching the eye in the tight for their respective sides.

Despite arriving in Nenagh on the back of a disappointing defeat at the hands of Malone on opening day Cashel RFC made an impressive start and fully deserved to edge 3-0 in front thanks to a Conor Holland penalty in the second minute. Nenagh hit back with a Clayton Stewart strike, but Cashel were playing the better stuff and led 8-3 following a push-over try from James Ryan in the 14th minute; the Cashel pack manhandled the home side in the scrum for the opening try of the game.

Nenagh re-grouped, however, and found themselves back on terms by the 23rd minute. Ormond mauled to the line following Conor Muldoon’s lineout and, for a moment, it looked as if some staunch work from Cashel at the breakdown had managed to frustrate an eager Nenagh side only for David Mackey to work possession into the hands of Clayton Stewart and the out-half flung a sensation reverse pass out wide to a grateful Ethan Maloney on the wing (8-8).

With the game developing into a seriously entertaining contest Cashel edged three clear thanks to a Conor Holland penalty in the 31st minute, but Nenagh Ormond responded with one of their own (Clayton Stewart) five minutes later and the sides retired all square at the break (11-11).

Three minutes into the second half Conor Holland pulled a penalty wide, but Cashel RFC were threatening to overwhelm a Nenagh side who dug in and defended superbly during the opening twelve minutes of the second half. Indeed, the genuineness of the home side was rewarded with a little good fortune in the 52nd minute - Cashel spilled a lineout a couple of metres shy of the opposition 22, Cronan Gleeson gathered possession and found flanker Anthony Grey who led a sensational break; Michael Walsh kicked ahead and Clayton Stewart touched down for a thrilling five-pointer. Stewart nailed the conversion and, suddenly, Nenagh led by a significant seven (18-11).

A penalty from the boot of Oliver McGlinchey in the 62nd minute presented Cashel RFC with some semblance of hope, but the Nenagh Ormond defence looked reasonably comfortable during the final quarter before the home side, following some sustained pressure, grabbed a bonus point try in the 84th minute when Clayton Stewart scooted home before landing the extras.