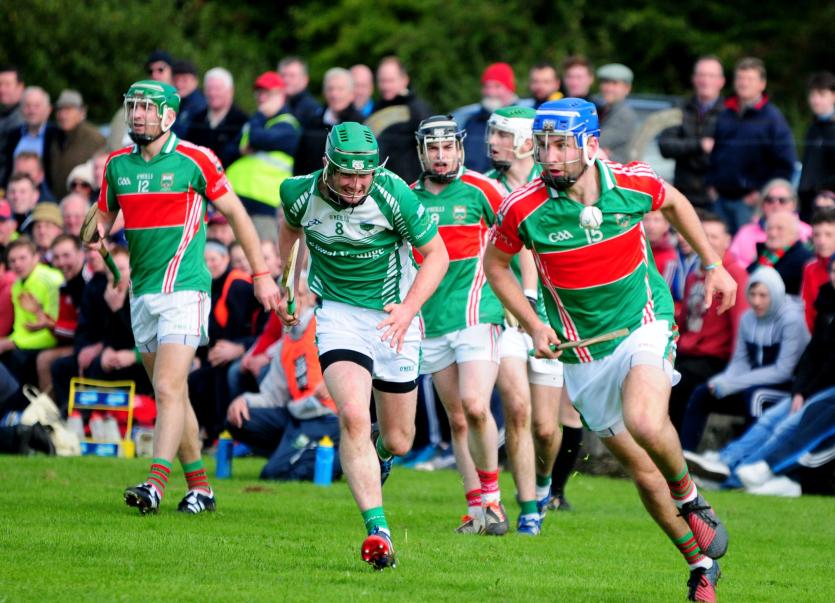 The draw for the quarter-finals of the Tipperary Water County Senior Hurling Championship took place at a CCC meeting on Sunday evening.

Thurles Sarsfields, Kiladangan, Killenaule and Clonoulty-Rossmore reached this stage as seeds following their success in winning their respective Roinn I groups while Drom & Inch, Borris-Ileigh, Kilruane MacDonagh’s and Mullinahone progressed to this stage via wins in the preliminary quarter-finals.

The Killenaule-Kilruane and Thurles-Borris-Ileigh clashes will take place on Saturday, October 1st while the contests between Clonoulty and Mullinahone and Kiladangan and Drom & Inch will take place on Sunday - all games will be hosted by Semple Stadium, Thurles.

Following another draw the quarter-final line-up in the Tipperary Water Senior Football Championship is as follows: Arravale Rovers v Clonmel Commercials, Kilsheelan-Kilcash v Ballyporeen, Loughmore-Castleiney v Galtee Rovers or Cahir and Moyle Rovers v Aherlow Gaels or Drom & Inch. The county senior football quarter-finals will take place on week-ending October 16th with the semi-finals scheduled for the weekend of October 23rd and the final for the week-end October 30th.

The preliminary quarter-finals of the 2016 Tipperary Water County Senior
Hurling Championship caught the eye on Sunday as Borris-Ileigh beat Burgess (1-17
to 1-13), Mullinahone got the better of a dogged Ballina (0-19 to 0-16) at Templetuohy and Kilruane MacDonagh’s walloped Carrick Swan 5-27 to 0-6 at Holycross while Drom & Inch edged the game of the weekend 1-16 to 0-18 against Loughmore-Castleiney. The weekend proved particularly encouraging from a Drom & Inch point of view as their under-14A hurlers grabbed a precious county title on Saturday thanks to a 3-7 to 0-10 win over Roscrea.

At the opposite end of the senior scale two significant clashes in the relegation play-offs took place - on Sunday Knockavilla Kickhams beat Moneygall 4-6 to 1-13 (that contest featured a dramatic late goal) while on Saturday Silvermines beat Moyne-Templetouhy 0-19 to 0-15.

The Tipperary Water Minor A & B Football Championship moved up a gear over the weekend - Galtee Rovers got the better of JK Bracken’s Óg after extra-time (1-15 to 2-10) to book their place in the A final while in the B semi-finals Cashel King Cormacs beat Upperchurch-Drombane (2-10 to 0-10) and Kilsheelan-Kilcash beat Borrisokane 2-13 to 1-4.

There was also significant progress made in the under-16 hurling championships - Moyle Rovers were crowned South A champions following a 1-12 to 0-11 win over Ballingarry while Cashel King Cormacs beat Cappawhite in the West 3-15 to 2-15. There was a famous win for Toomevara in the North final - the Greyhounds beat Lorrha Rovers Gaels 0-18 to 1-14 in a dramatic finish while 13-man Burgess beat Ballina in the B decider.

In the West Aherlow Gaels beat Galtee Rovers 2-12 to 1-6 to win the senior football championship decider while Golden-Kilfeacle enjoyed a slight edge over Rockwell Rovers in the intermediate final (1-8 to 0-9).

In a Mid Tipperary final of note Holycross-Ballycahill beat Loughmore-Castleiney 0-18 to 0-16 to take the junior A hurling championship.

Up North Portroe claimed the junior B honours when seeing off Newport 3-8 to 2-9 in the final at Kilcolman while on Saturday Borrisokane beat Inane Rovers 5-9 to 1-11 in the division’s intermediate football decider. Also on Saturday an impressive Moneygall-Clonakenny team beat defending champions Kiladangan to win the North Tipperary minor A hurling championship (2-15 to 1-10).

Meanwhile in rugby Nenagh Ormond streaked to a bonus-point win over Tipperary rivals Cashel at New Ormond Park on Friday night (30-14) - the victory represented Ormond’s first senior win over Cashel and propelled Nenagh to the summit of Division 2A in the Ulster Bank League.

In Division One of the Munster Junior League Clonmel beat Bandon 19-14 and Kilfeacle & District saw off Abbeyfeale 16-7 - unfortunately Clanwilliam lost 9-14 away to Richmond. In Division Two, however, Thurles RFC launched their campaign in impressive fashion when beating Kinsale 38-8 at home on Sunday.