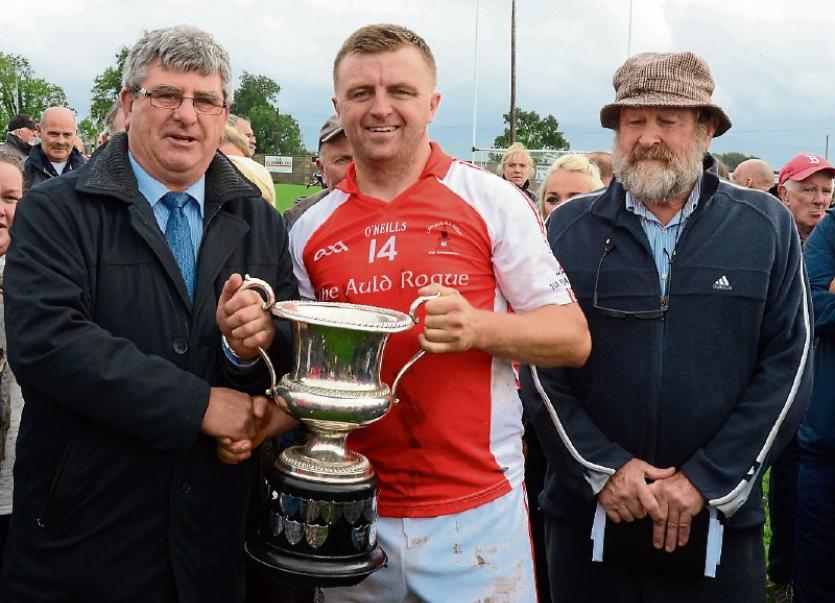 The Tipperary County Senior Hurling Championship gets into full swing next weekend when the quarter-finals will be played at Semple Stadium in two double bills on consecutive days.

Mullinahone and Clonoulty/Rossmore will meet in a clash of the South and West champions at 2pm on Sunday, October 2nd, followed by the last eight tie between beaten south and north finalists Killenaule and Kilruane MacDonaghs at 3.30.

On Saturday, October 1st, Drom/Inch and Kildangan will get the weekend's action underway at 1.30pm, followed by the tie of the round between holders Thurles Sarsfields and Borris-Ileigh at 3pm.

In the weekend's preliminary quarter-finals Drom/Inch turned the tables on Loughmore/Castleiney - who beat them by a point in the Mid final - to record a 1-16 to 0-18 win in a thrilling tie played in front of a huge crowd at Holycross.

The only goal came when Seamus Callanan's mis hit free was gathered by Seamus Butler, who scored to give his side a 1-11 to 0-8 lead at the break.

In a hectic finale Loughmore scored two late points and John McGrath hit the upright but Drom hung on for victory.

Elsewhere Mullinahone edged out Ballina by 0-19 to 0-16 at Templetuohy while Borris-Ileigh defeated Burgess by 1-17 to 1-13.

Carrick Swans slumped to a disappointing defeat when they were hammered 5-27 to 0-6 by Kilruane MacDonaghs.

In the relegation games Knockavilla Donaskeigh Kickhams beat Moneygall by 4-6 to 1-13 while Silvermines defeated Moyne/Templetuohy by 0-19 to 0-15.

The bottom two teams will be regraded to Intermediate at the conclusion of the round-robin series between these four sides.

Elsewhere at the weekend Carrick Davins celebrated a narrow one-point win over St. Mary's, Clonmel by 2-15 to 0-20 in the South Intermediate Hurling Championship Final at Monroe.

In the picture above Davins captain Ger Robinson receives the cup from South Board chairman Michael Cooney. Also included is South Board treasurer Noel Byrne.

The combination team from the west, Golden/Galtee beat JK Brackens Og by 1-14 to 2-10 after extra time in the County Minor A Football Championship semi-final. In the final they'll face either Clonmel Commercials or Clonakenny/Moneygall, who meet in the other semi-final at Dr. Morris Park on Wednesday night.

Kilsheelan/Kilsheelan enjoyed a comfortable 2-13 to 1-4 win over over Borrisokane in the County Minor B Football Championship semi-final in Boherlahan. They'll meet Cashel King Cormacs in the final, after they got the better of Upperchurch/Drombane by 2-10 to 0-10 in the other semi-final at Clonoulty.

In soccer, meanwhile, Second Division Wilderness Rovers caused a major upset when they dumped Premier League neighbours Old Bridge out of the Munster Junior Cup by 4-3 in an exciting Clonmel derby.

The second round tie seemed destined for extra time when the sides were locked at 3-3 late in the game.

The Wilderness goals were scored by Jason Barnes (penalty), Tucker Kennedy and Paul Kelly, with Sean Browne (2) and Rian Clancy from a penalty finding the net for the Bridge.

However there was a dramatic finish to the game when former Bridge player, Mohailem Morgus Youceff, struck late to give Rovers a famous victory.

Elsewhere in the Munster Junior Cup there were wins for Cashel Town, who beat Redmondstown 4-3 after extra-time; Clonmel Town, who defeated Donohill and District 4-1; Galbally United, who beat Killenaule Rovers 3-2; and St. Nicholas, who travelled to Mullinahone and came away with a 5-1 win.