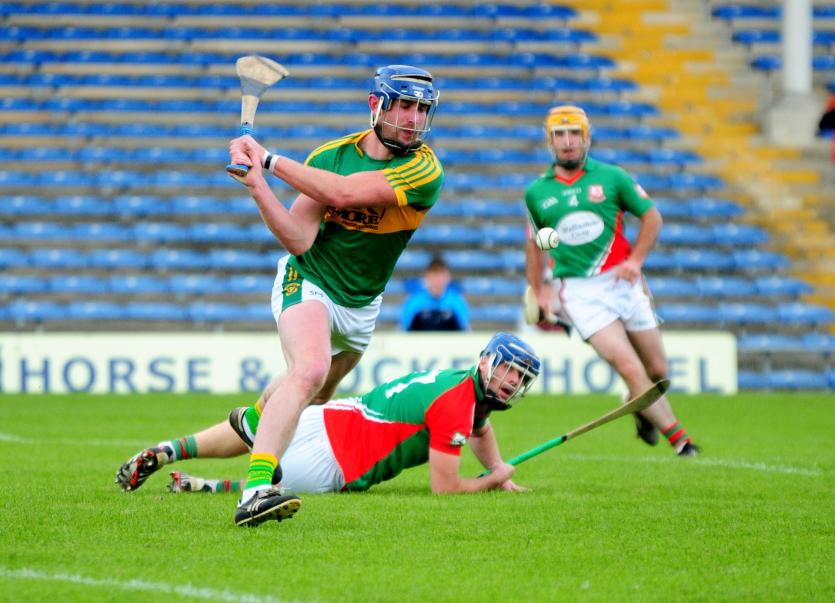 On Sunday evening the Competitions Control Committee (CCC) made the draw for the semi-finals of the Tipperary Water County Senior Hurling Championship - the draws pits West champions Clonoulty-Rossmore against the defending champions Thurles Sarsfields. Meanwhile Kiladangan will take on Killenaule in the last four. The semi-finals are expected to take place at Semple Stadium, Thurles on Sunday, October 9th.

Meanwhile Clonoulty-Rossmore enjoyed an eight-point win over Mullinahone (1-18 to 1-10), but did so at a cost with John O’Keeffe shipping an injury late on - Mullinahone lost their talisman Eoin Kelly to injury late in the opening half of that clash.

On Saturday Thurles Sarsfields registered a 2-22 to 0-13 quarter-final win over Borris-Ileigh. Thurles led 1-8 to 0-10 at the break, but accelerated away from the North men in the second half. Pa Bourke and Richie Ruth notched the goals in this encounter.

The curtain raiser to that contest in Semple Stadium was the quarter-final clash between Killenaule and Kilruane - John O’Dwyer inspired his side to a 2-20 to 1-20 win.

In South Tipp on Sunday Clonmel Commercials beat Cahir 1-15 to 0-6 in the division’s senior football final - the result now means that the provisional county preliminary quarter-final between Galtee Rovers-St Pecaun and Cahir in no longer required.

Five games took place on Sunday in the Tipperary Water County Intermediate Hurling Championship preliminary quarter-finals - Seán Treacy's beat Cappawhite 5-16 to 1-13, Newport saw off Gortnahoe-Glengoole 2-12 to 0-13, Thurles Sarsfields enjoyed a 12-point win over Galtee Rovers 1-23 to 1-11, Ballinahinch built on their divisional title when earning a 1-15 to 0-11 victory over Carrick Davins and Lattin-Cullen were too strong for Shannon Rovers (2-10 to 2-7).

In the quarter-finals of the Tipperary Water County Intermediate Football Championship Moyne-Templetuohy required extra-time to get the better of Rockwell Rovers (1-9 to 0-10) while Golden-Kilfeacle saw off Moycarkey-Borris (0-12 to 0-7). The remaining quarter-finals take place on Wednesday, October 5th.

On Saturday at The Ragg Loughmore-Castleiney booked their place in the last four of the Tipperary Water County Junior A Hurling Championship thanks to a 1-15 to 1-10 win over Clonoulty-Rossmore.

In the semi-finals of the Tipperary Water County Minor A Hurling Championship JK Bracken’s Óg beat Knockavilla Kickhams (3-15 to 3-10) while St Mary's Clonmel enjoyed a nine-point win over Moneygall-Clonakenny (0-18 to 0-9). In the B grade Skeheenarinky were too strong for Borrisokane (0-25 to 2-13) and they will face Cashel King Cormacs in the decider following their 3-18 to 0-14 victory against Gortnahoe-Glengoole.

In Saturday’s Ulster Bank League Nenagh Ormond travelled to Highfield in Cork and drew 16-all while Cashel lost at home to Galway Corinthians 15-38.

In the Munster Junior League Division 1 on Sunday Clanwilliam beat Kilfeacle & District 14-10 while Clonmel earned a stunning 48-7 win away to Old Christians. Meanwhile in Division 2 Thurles RFC lost away to Waterpark 7-15.

Meanwhile Nenagh’s Donnacha Ryan made his 150th appearance for Munster on Saturday.