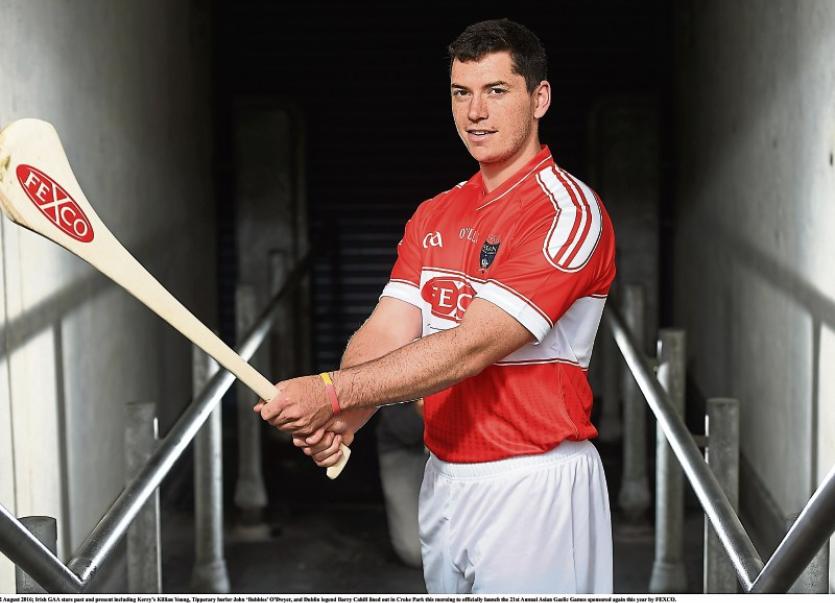 John "Bubbles" O'Dwyer was the star of the show as Killenaule booked a date with Kildangan in the last four of the County Senior Hurling Championship next weekend with a three-point win over Kilruane MacDonaghs at Semple Stadium on Saturday.

A Michael Doyle goal helped them into a half-time lead of 1-10 to 1-6 and when Paidi Feehan scored their second goal they were eight points ahead.

Kilruane rallied strongly but with "Bubbles" firing over scores and goalie Jonathan Gleeson making a great save from "Buggy" O'Meara near the end they held on for a deserved win.

Kildangan, their opponents in next week's semi-final, got the better of Seamus Callanan's Drom/Inch by 2-18 to 1-17 in Sunday's quarter-final.

South champions Mullinahone bowed out of the championship in Saturday's quarter-final when they lost to West champions Clonoulty/Rossmore by 1-18 to 1-10.

Mullinahone suffered a blow when Eoin Kelly was forced off injured before half time but Clonoulty, for whom former county senior player Timmy Hammersley scored 10 points (7 from frees), were always in control.

They'll now face holders and favourites Sarsfields in the last four, after the Thurles club had a comfortable win over Borris-Ileigh on Saturday.

They were ahead by a point at the interval but upped the ante in the second half as they cruised to a 15-point winning margin, 2-22 to 0-13.

In the South Senior Football Championship Final in Kilsheelan Clonmel Commercials never looked back after Jack Kennedy converted a first minute penalty and they cruised to a comfortable 1-15 to 0-6 win over Cahir.

St. Mary's and JK Brackens Og will meet in the County Minor A Hurling Championship Final. In the weekend's semi-finals the Clonmel club had a double-scores 0-18 to 0-9 win over Clonakenny/Moneygall while Brackens beat Knockavilla/Donaskeigh Kickhams by 3-15 to 3-10.

In other sport Clonmel's rugby team continued the successful defence of their Munster Junior League First Division title with their second win of the campaign.

Meanwhile, Clanwilliam came from 10-0 down to get the better of Kilfeacle in the Tipperary derby, winning by 14-10.

In soccer Cullen-Lattin celebrated the opening of their new pitch with a 2-0 win over Holycross in the FAI Junior Cup.

In other second round ties there were victories for Peake Villa, Kilsheelan United, Cahir Park and Bansha Celtic, who had an impressive 6-2 win over Cashel Town.

Clogheen's Vee Rovers made their exit from the competition when they lost 3-2 to Ballymackey from the North Tipp League.