Can 'Bubbles' lead Killenaule to first Tipperary final since 1942? 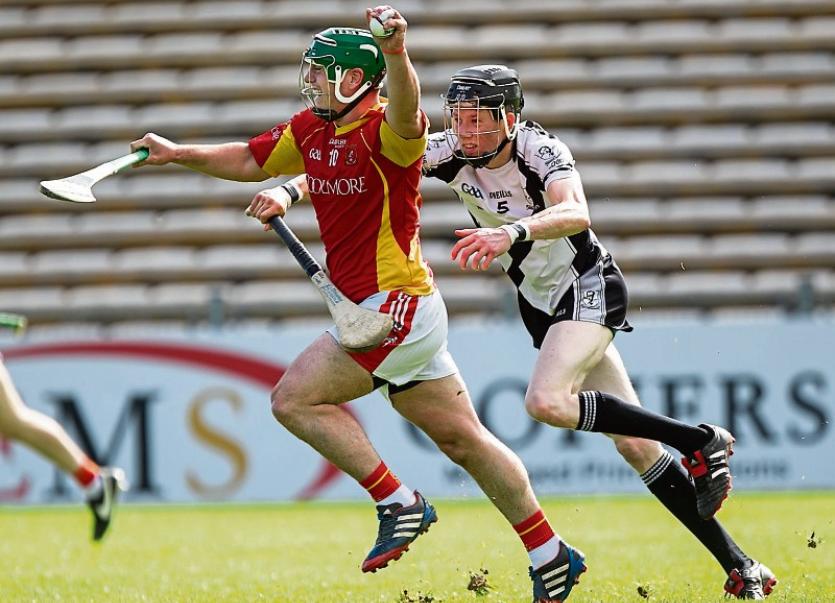 Killenaule will contest their first County Senior Hurling Championship semi-final in nine years this Sunday when they take on North champions Kildangan.

The match gets underway at 3.30 at Semple Stadium and is part of a double bill that also includes the clash of West champions Clonoulty/Rossmore and the holders Thurles Sarsfields at 1.45.

Killenaule were beaten by a point by Mullinahone in the South Final four weeks ago, but they've since resurrected their season in impressive fashion.

They've never won this championship and their target now is to reach their first County final since 1942, when they lost to Thurles Sarsfields.

In last Sunday's County quarter-final The Robins got that South Final defeat out of their system with a tonic 2-20 to 1-20 victory over Kilruane MacDonaghs in an exciting encounter.

Their standout performer was county star John "Bubbles" O'Dwyer, who tormented the Kilruane defence all afternoon and scored 13 points, including 7 from play.

"Bubbles" also set up Michael Doyle's goal late in the first half that helped Killenaule into a 1-10 to 1-6 lead at the interval.

Further points from John O'Dwyer and a Paidi Feehan goal pushed Killenaule 9 points clear early in the second half and they seemed on course for an easy victory.

However they weren't allowed to rest on their laurels, as seven unanswered points from Kilruane threw the tie back into the melting pot.

Killenaule, though, refused to panic and they passed this stern test of their character with flying colours. They regained the momentum with points from "Bubbles" and Dean O'Connor and held out for a deserved win in a tense finale to reach the last four for the first time since 2007.

They'll face another stiff examination from a Kildangan side that upset the odds when they beat a fancied Drom/Inch team last Saturday.

"Bubbles" is Killenaule's talisman, the player who gives them that little bit extra.

Tipperary senior coach Declan Fanning, who's now 37, has defied the passing of time with a series of impressive performances in defence, where Paddy Codd and Joe O'Dwyer have also been prominent.

Eoin O'Connell, county player Kieran Bergin, Tony Doyle and Paidi Feehan are others they'll look to on Sunday as they seek to take another major scalp.

In the other semi-final West champions Clonoulty/Rossmore will be outsiders when they take on a star-studded Thurles Sarsfields side that's attempting to win the three in-a-row.

Clonoulty proved too strong for Mullinahone last weekend when they beat the South champions by 1-18 to 1-10.

Clonoulty led from the start and they were 0-10 to 0-3 ahead when Mullinahone suffered a major blow before half-time when Eoin Kelly limped out of the action with a leg injury.

Timmy Hammersley, who scored 10 points, was the star of the show for Clonoulty. Defenders John O'Keeffe and John Devane, as well as Paddy Ryan, Sean Maher, Fiachra O'Keeffe and Michael Ryan also played important roles in the victory.

However they'll be up against it on Sunday against a Thurles Sarsfields team that easily beat Borris-Ileigh.

Sarsfields showed why they're favourites to retain the Dan Breen Cup when they took Borris' apart in the second half of Saturday's quarter-final.

This was their first game in three months but they showed no sign of rustiness. Former Tipp player Pa Bourke was top scorer with 1-8, followed by Richie Ruth who bagged 1-2.

They can also call upon Padraic Maher, Michael Cahill, Ronan Maher, Lar Corbett, Aidan McCormack, Stephen Cahill and Denis Maher and it will take a very good team to stop them in their quest for a hat-trick of titles.