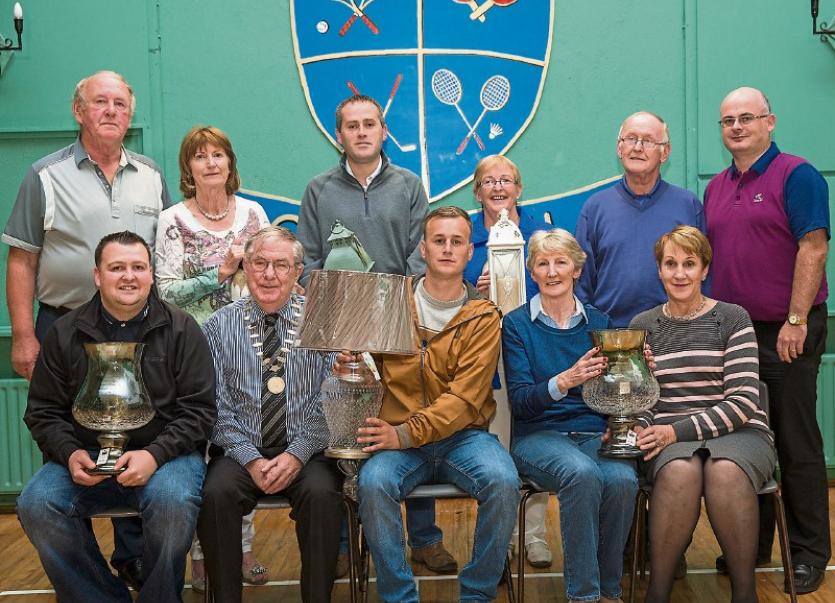 Hillview Sports Club had a great turnout of players for its President's prize in Pitch and Putt and a very sincere thanks to all who played and supported the event.

Thank you to President Seamus O'Doherty for his attendance during the day and at the prize giving later that day in the Clubhouse.

Once again the event was blessed with fine conditions after the early morning fog and mists had lifted.

The runaway overall and Gents winner was Paul Sweeney who shot a fine 13 under gross playing of a handicap -6.

While there were several other great scores, special mention must be made of Stephen O'Reilly who shot a brilliant 17 under gross including not one but two holes in one.

The Ladies was a much tighter affair with Ann Wall getting home by the minimum from Anne Fitgerald.

Finally a big thank you to all who helped on the day, to the grounds staff and of course to the Ladies who supplied a small mountain of food not only during the day but also at the presentation,

Hillview had a number of players at the annual Bishopstown Vets Doubles Tournament.

Martin Ormonde won the men’s doubles 55 with Pat Smith. Michael Murray teamed up with his international partner Hugh Harrington to beat clubmate Michael Prendergast and Dick McCarthy in the over 65s and was runner up in the over 70s.

Michael Prendergast also got to the finals of the mixed with Marie Duffy, the trip to Cork was worthwhile to all.