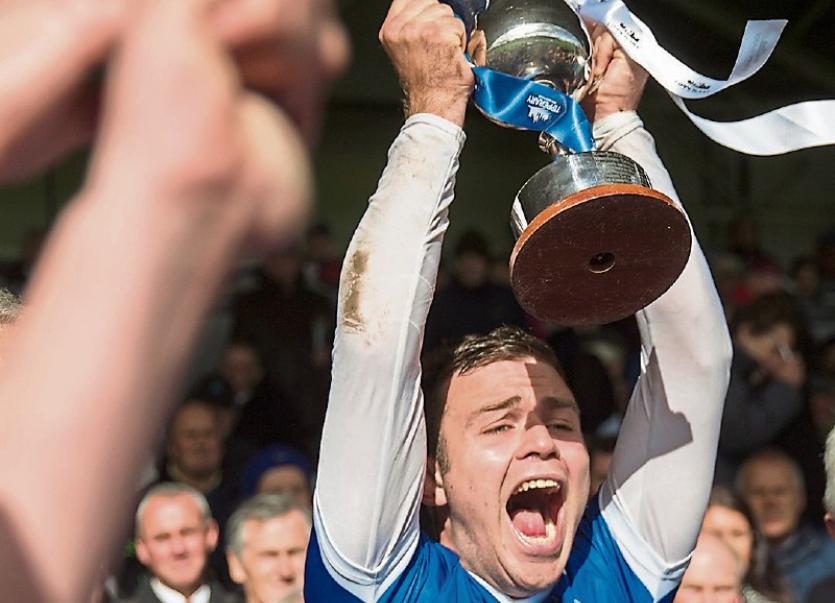 St. Mary's Clonmel gave hurling in the south of the county a real shot in the arm when they retained their County Minor A Hurling Championship title, beating JK Brackens Og by 2-15 to 2-11 in Sunday's final at Semple Stadium.

A point behind at half time, Mary's flew out of the traps at the start of the second half, outscoring the Mid Tipp outfit by 2-2 to 0-1 in the opening nine minutes.

Man of the match Niall Hoctor scored a goal and a point in that period of dominance, with the other goal coming from Gavin Ryan who guided a Sean Kennedy free over the line, while Kennedy pointed a free to put St.Mary's in a strong position.

They withstood strong pressure from their opponents throughout the second half to run out worthy winners.

Mary's had heroes all over the field, including captain Kyle Peters (pictured above) and Joe Gunne in defence. Gavin Ryan had a massive impact on the game while Jamie Ahearne did an excellent man-marking job on Brackens dangerman, county minor Lyndon Fairbrother, throughout the hour.

Niall Hoctor was the star turn in attack and Sean Kennedy's contribution of five scores from frees kept the scoreboard ticking over for the Clonmel team at crucial stages of the game.

The Minor Final was the curtain-raiser to the County Senior Hurling Final, in which Thurles Sarsfields had little bother completing the three-in-a-row when they beat Kiladangan by 0-27 to 1-15.

Contesting their first final since 1938, Kiladangan gave it everything but they had no answer to Sarsfields' power.

Ronan Maher, Denis Maher and Padraic Maher were also in top form for the champions, who advance to meet Waterford champions, Ballygunner or Passage, in the Munster Club Championship.

Elsewhere on the GAA playing fields Cashel King Cormacs completed the County Tipperary Minor ‘B’ double when their hurlers had 12 points to spare over South combination side, Skeheenarinky/Clonmel Og at New Inn on Saturday.

In the hurling final Cashel were on top from the very start and fully deserved their 3-17 to 1-11 victory.

Meanwhile in soccer Clonmel Town had a big win over Galbally, 7-0, in the Munster Junior Cup. In the same competition St. Nicholas beat Cahir Park on penalties while Clonmel Celtic travelled to North Tipp to play Ballymackey and came home with a 5-4 win.

In the only Premier League game of the weekend Old Bridge beat Two-Mile-Borris 3-0.

In the FAI Youth Cup there were wins for Cahir Park, Clonmel Celtic and St. Michael's, who beat Moneygall 10-0.