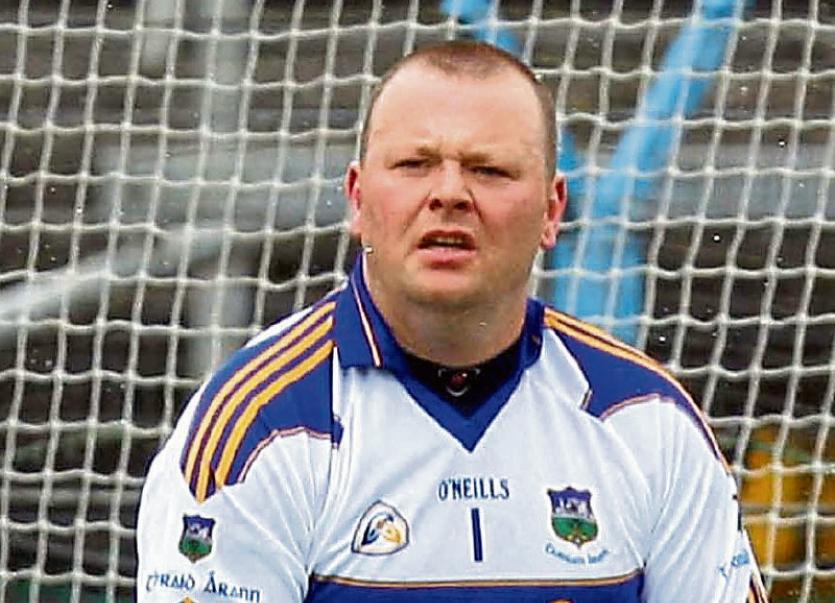 As normal time drew to a close, Moyne had two clear opportunities for victory. Firstly a free was awarded on the left wing 30 yards from the target. Odhran Lloyd thumped an effort that was landing just to the right of the target. Uncertain of his surroundings, Paul Fitzgerald touched the ball away from the danger area and out for a ‘45.

Lloyd had landed two of these earlier in the game, but with the pressure on, the ball just drifted to the left and wide sending the match to extra-time.

Relieved to be there, Fethard were revitalised as the added play resumed. Substitute Kenneth O’Donnell scored a close-range effort which was followed up by two frees from the impressive Brian Healy forging a lead that Moyne could not breach.

Moyne started much the brighter side despite losing midfielder Tomás Hassett very early through injury. Martin Kelly opened the scoring with a superb snap shot from left of the target in the fourth minute.

He added another from close range in the 12th minute allied to a free from Odhran Lloyd and a point from Hassett’s replacement Brian Kelly to give the Mid side an early cushion.

The momentum of the match changed on the quarter hour mark when Brian Healy kicked a long-range point to get Fethard on the scoreboard.

From the resulting kick-out the ball was batted back to where it came from in midfield and Christopher Sheehan picked up possession.

He found a yard of space and kicked for a score from 40 yards. The shot lacked the relevant purchase to carry the ball over the bar, but the ‘keeper was still retreating from taking the goal kick.

As the ball dropped just underneath the crossbar, the goalkeeper was powerless to prevent the ball from finding the net and Fethard kicked on to lead at the break 1-5 to 0-5.

Both teams where reduced a man in the 39th minute when Alan O’Connor and Martin Kelly got embroiled in a wrestling match.

As the game became fractured neither team took control leaving a tight and nervy finish.

This saw a Lloyd effort cancel out a Kenneth O’Donnell point in the closing five minutes of play forcing extra-time with the scores tied 1-8 to 0-11.

Fethard were sharper as both sets of players fatigued. Louis Everard was dismissed harshly for a mis-timed tackle before the extra-time interval and the South Tipp men led 1-11 to 0-12 at the break.

There was another red card at the break as the teams left the field, substitute John Paul Looby, only on the pitch a matter of minutes, before he was dismissed.

It took time for order to be restored, but when play resumed Fethard held tough to close the out the victory.