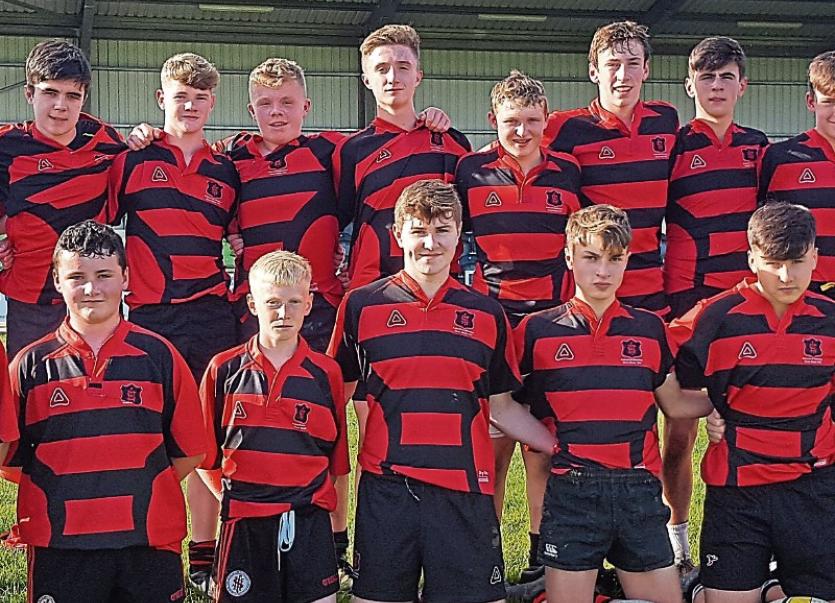 Clonmel High School recovered from a disappointing defeat last week to St Clements to secure their third victory in impressive style in the Mungret Shield.  High School welcomed Villiers to Clonmel RFC knowing that a win would guarantee a home quarter final.

High School started strongly and broke through the Villiers defence with only minutes on the clock. A great team try was finished with ease by debutant Jamie Doyle.

Four more tries followed in the opening 30 minutes with Enda Dunphy, Conor Gregory-Walsh, Aaron Kinsella and Jack O’Loughlin all touching down. High School out-half Billy Murphy showed an impressive run of form from the boot converting four of the five tries. A late first half try from Villiers number 8 John Ryan gave the visitors something to fight for. This left the score at 33-7 at halftime.

The second half was a stop-start affair with both teams giving away needless penalties. Villiers looked the better team for large parts of the second half but failed to convert this possession into tries. High School finished well with a final try from Edward McIntosh to leave the final score at 40-7.

High School will now welcome Ballincollig to Clonmel RFC on Tuesday 25th October with a win guaranteeing them a home semi final.

On Wednesday 9th November, High School will welcome Sexton St to Clonmel RFC in a double header, Junior and Senior Cup qualifiers. Kick off time has yet to be confirmed. All support would be appreciated.

U15 McCarthy Cup B