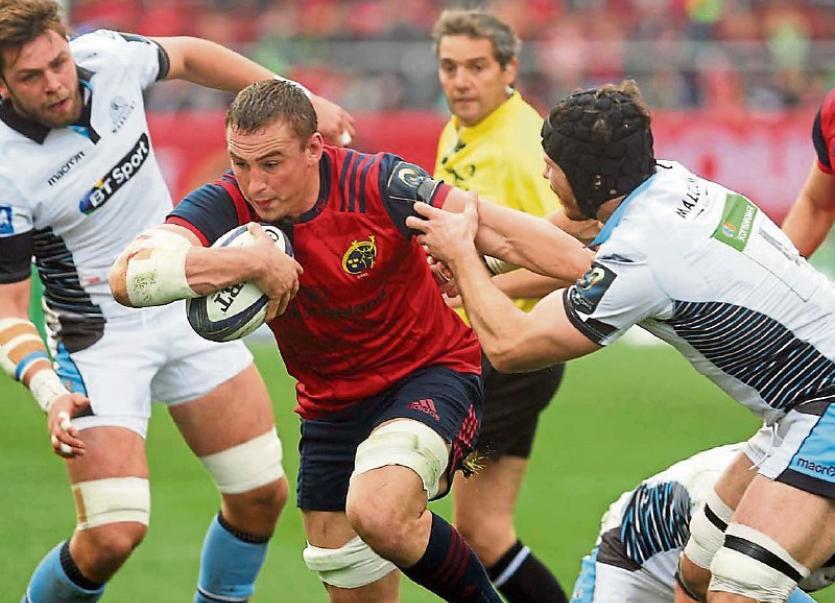 Tipperary players and supporters were part of the emotional tribute to the late Anthony Foley at Thomond Park on Saturday.

The Munster team paid the best possible tribute to their former Head Coach, who died suddenly in Paris last Sunday, with a typical Munster display that blew Glasgow away, 38-21, in the Champions Cup.

And there were huge numbers of Tipperary fans in the capacity attendance that cheered themselves hoarse for the eighty minutes.

It was a bruising encounter, with the Munster pack leading from the front, that Foley would have relished.

And leading the charge were Tipperary players Tommy O'Donnell and Donncha Ryan. They put in huge displays as Munster ripped the highly rated Scottish side apart.

And all this despite playing for most of the game with fourteen men after Keith Earls received a red card for a dangerous tackle.

Ryan in the second row and O'Donnell in the back row played with the determination that Foley would have coached on the training ground.

It was an emotional start to the day, with wonderful musical tributes and the emblem 8Axel8 carried in the stand, but the players put that emotion aside once the game began. However it was eteched in their faces again at the final whistle, no moreso than O'Donnell.

But he knew that Tipperary and Munster had done Axel proud.

Pictured above in a  photo by Bridget Delaney  is Cahir's Tommy O'Donnell making one of his typical carries as he leaves Glasgow players in his wake.