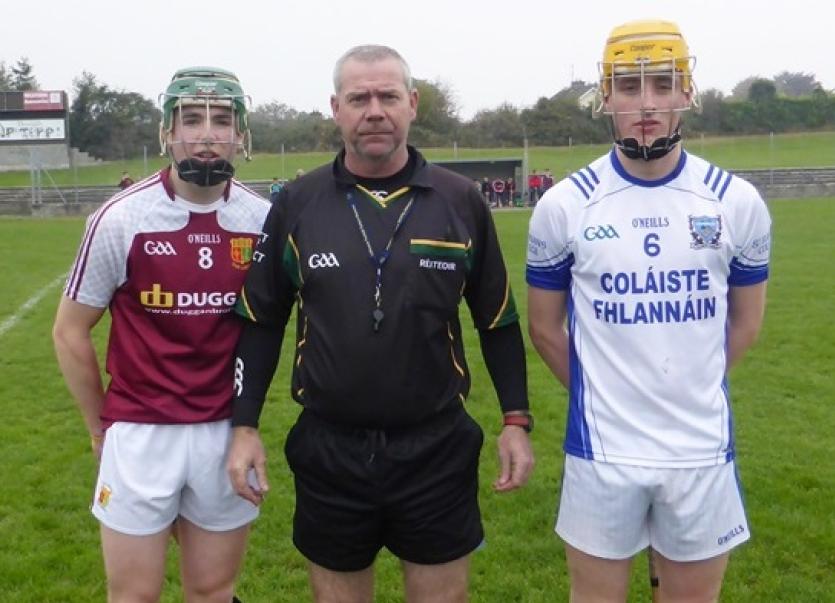 A number of Tipperary schools impressed in the Dr Harty Cup as the prestigious colleges under-18.5A hurling competition shifted up a gear this week.

On Wednesday in Fermoy Thurles CBS roared to a 4-24 to 0-13 win over Gaelcholáiste Mhuire Thuaigh, Cork. Thurles CBS launched their 2016-17 Dr Harty Cup campaign with a 3-17 to 1-8 win over De La Salle, Waterford at Clonmel and now progress to the last 16 of the competition as group winners irrespective of the result between Gaelcholáiste Mhuire Thuaigh and De La Salle College on November 16th.

On Tuesday afternoon in MacDonagh Park, Nenagh Our Lady’s Templemore beat St Flannan’s, Ennis comprehensively (1-23 to 1-12) to earn themselves a seeding as group winners in the last 16 phase of this year’s competition. Our Lady’s dominated the opening half of this contest and led 0-10 to 0-3 at the interval - second half substitute Andrew Ormond notched the Templemore goal in the 56th minute.

Once the group stage has been completed the competition will be run on a knock-out basis (group winners will play second-placed teams in the round of sixteen) - the last 16 matches are scheduled for November 30th, the quarter-finals for January 11th, semi-finals for January 28th and the Dr Harty Cup final is pencilled in for Saturday, February 18th.

NEW WEBSITE
Check out the new Munster GAA PPS web site at www.munstergaapps.ie for all the Post Primary Schools GAA news, fixtures and reports in the province.