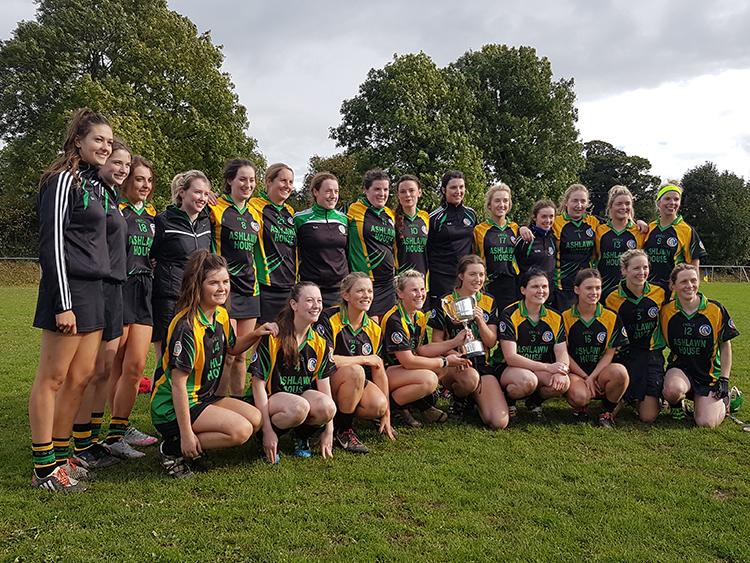 Burgess-Duharra are now preparing for a Munster final.

The Tipperary senior Camogie champions Burgess-Duharra thundered to a 20-point win over Limerick’s Granagh-Ballingarry in a Munster semi-final hosted by Ballingarry on Saturday afternoon.

Burgess-Duharra were outstanding in this fixture with Tishy O’Halloran especially commanding at six while up front the inside line of Amy Kennedy, Tara Kennedy and Eimear McDonnell ran riot.

Some of this trio’s combination play was outstanding. Tara Kennedy finished the game with a personal tally of 3-2 from play, but, perhaps, she was over-shadowed by her sister Amy who was in stunning form. Amy Kennedy scored one goal and set up four more in an eye-catching and selfless performance. Time and time again Amy Kennedy took on the Granagh-Ballingarry defence and absorbed the punishment before delivering the final pass.

The video of this one would be worth a watch from a coaching point of view. Burgess-Duharra were very well organised from a defensive point of view with their half-forwards working back into the middle third while the determination of the side to play quality ball forward suggested that this is a team of real pedigree.

The sides traded points early on before Burgess-Duharra exploded into the life in the 10th minute when Eimear McDonnell and Amy Kennedy combined to set up Tara Kennedy for the game’s opening goal. Three minutes later Amy Kennedy rounded her marker and set up sister Tara for a second palmed finish (2-2 to 0-1).

Granagh-Ballingarry responded with two efforts from Rebecca Noonan, but Burgess-Duharra helped themselves to further points, which came courtesy of Amy Kennedy and Ciara McKeogh, to lead by seven in the 27th minute.

An excellent Aoife Sheehan free cut the deficit to six, but Burgess-Duharra conjured their third goal in the 30th minute - this time Tara Kennedy turned provider for Amy who finished with a rasper off her right.

The opening half came to a close with points from Jenny Grace and Rebecca Noonan (free) to leave nine between them (3-5 to 0-5).

Burgess-Duharra opened the second half with a Tara Kennedy point before Tara was denied a goal thanks to a terrific Claire Enright save in the 33rd minute following sharp work from Amy Kennedy and Eimear McDonnell. Burgess-Duharra carried on regardless, however, with points from Eimear McDonnell and Jenny Grace (free) extending their side’s lead to 13 (3-9 to 0-5).

Granagh-Ballingarry got a real lift in the 38th minute when Aoife Sheehan converted a penalty following a foul on marauding full-forward Sarah Carey. Meadhbh Nash added a superb point soon after and the Burgess-Duharra lead was reduced to eight when Sheehan landed a free in the 45th minute (3-9 to 1-7).

An eager home crowd was left discouraged, however, in the 47th minute when Eimear McDonnell launched an assault which saw Amy Kennedy set up Tara Kennedy for a fourth Burgess-Duharra goal. Jenny Grace (free) and Tara Kennedy added further points soon after before Rebecca Noonan converted a free for the home side in the 51st minute.

Efforts from Jenny Grace (free) and the influential Caoimhe Maher left 14 between the sides before Burgess-Duharra plundered a fifth goal in the 54th minute. This time Amy Kennedy provided the assist for Eimear McDonnell to convert from close range following a flowing attack. Burgess-Duharra closed out this affair with points from Jenny Grace (two frees), Amy Kennedy and Laura Reid while Aoife Sheehan (free) responded for the Limerick champions.

Burgess-Duharra will play the Cork champions Inniscarra or the Clare champions Inagh-Kilnamona in the Munster Senior Camogie Championship final on Saturday, November 12th at a time and venue to be confirmed.