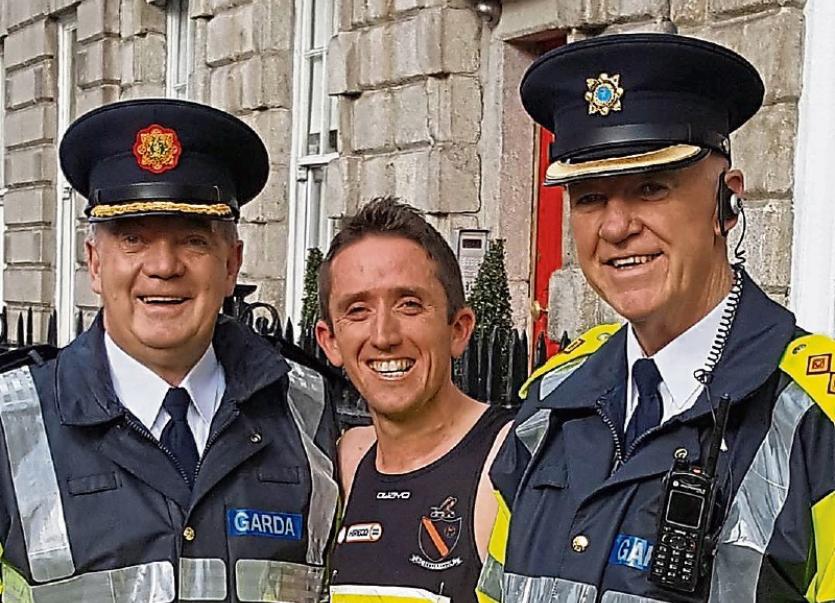 Congratulations to Clonmel Garda David Mansfield who broke a 26 year record in the Dublin Marathon on Sunday.

It was a great day for Clonmel runners with Moldovan-born Sergiu Ciobanu finishing seventh and first Irishman home to claim his fourth national title in a time of 2-17-40.

However David Mansfield became the first Clonmel native to break the 2-30 barrier in twenty years.

Mansfield, from Marlfield, lives and trains in Clonmel, is a Garda Instructor in the Garda College in Templemore.

And his wonderful run on Sunday  in 2 hours and 27 minutes saw him break the Garda record for the marathon set in Berlin in 1990 by George Maybury who came home in 2-28-32.

He is pictured after the race being congratulatecd by Assistant Commissioner Jack Nolan and Chief Supt Aidan Reid.