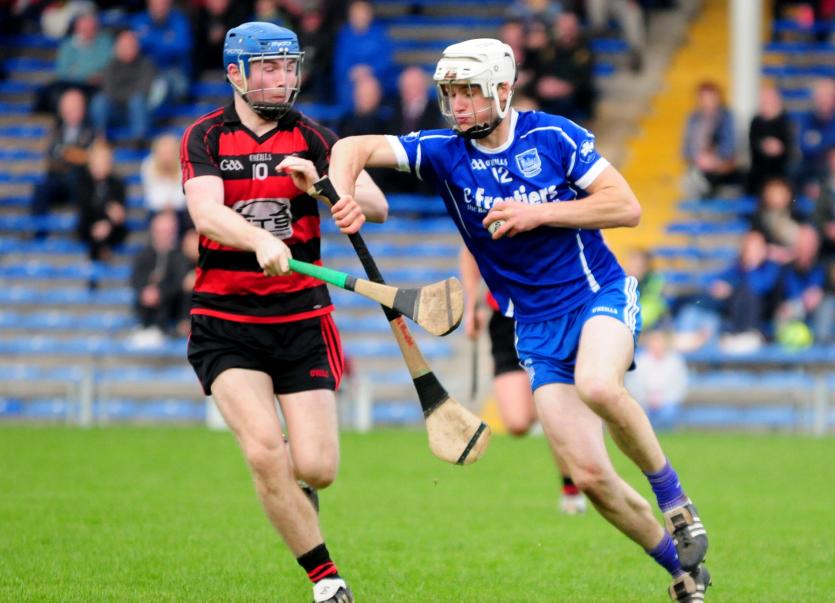 Following their one-point win (0-17 to 0-16) over Ballygunner at Semple Stadium on Sunday Thurles Sarsfields will return to Munster championship action on November 6th when they take on first-time Clare champions Ballyea in Cusack Park, Ennis (2pm).

A place in the November 20th provincial final against either Patrickswell (Limerick) or Glen Rovers (Cork) will be on the line in Ennis - their respective semi-final also takes place on Sunday.

It is a mark of the man that as the celebrations reigned around him on Sunday following the dramatic win over the Waterford champions Thurles Sarsfields coach Paddy McCormack spared a thought for the vanquished Ballygunner team - McCormack knows only too well how it feels to come out the wrong side of a tight contest. And, Sunday’s game could, so easily, have been wrenched in another direction and away from the Tipperary champions - a fact that was not lost on the Blues’ coach.

“We’re delighted, but I am sure for Ballygunner that it is a difficult one to take; to be beaten by a point. I know that feeling and I know it only too well. We have lost in the first round for the last two years and we are delighted to get over the first round,” Paddy McCormack said - coach McCormack is joined on the Sarsfields management team by manager Tommy Maher and selector Connie Maher.

“We know from two years ago playing Cratloe down there that it is difficult for any Tipperary team to get anything out of Ennis. But we are looking forward to it - that’s where we want to be and that’s what we are training since January for,” Paddy McCormack said.

Thurles Sarsfields will assess the injury shipped by corner-back Michael Cahill in Sunday’s clash with Ballygunner, but Paddy McCormack is hopeful that Cahill will recover in time to play a full part against Ballyea.

Thurles captain Pádraic Maher looked a relieved man when Ballygunner’s final delivery forward in the 65th minute dropped into his hand; the final whistle blew and Maher punched the air with glee. A serious contest had been won and he knew it.

“We have been beaten in games like this before. We knew that we had to expect a big battle so we are just thrilled,” Pádraic Maher said.

The thoughts of the Sarsfields players now turn to the formidable challenge posed by Clare champions Ballyea. Sarsfields, of course, will not look back on their most recent trip to Ennis fondly. In 2014 Thurles lost to Cratloe in a Munster semi-final at Cusack Park (0-14 to 1-18) when Denis Maher was shown a straight red card in controversial circumstances.

“It’s down to Ennis and we have been there before against Cratloe a couple of years ago. I suppose we didn’t do ourselves justice (that day). So, we will be looking forward to the trip down there,” Pádraic Maher added.

The Thurles Sars team is littered with real competitors and although Sarsfields will have it all to do to get a win against the Clare champions the challenge to do so nourishes the very best guys. The challenge is the thing for players like Pádraic Maher.

“We know from different Tipperary teams down the years that going down to Ennis and winning is not an easy thing to do, but we will relish the challenge. These games are great and if you can't rise yourself for these challenges, you shouldn't be playing at this end of the year,” Pádraic Maher said.

Lismore impressed when beating the Cork champions Bandon (2-20 to 1-12) in a quarter-final on Sunday. Waterford inter-county star Maurice Shanahan ran riot (2-10). Lismore, of course, also feature Maurice’s old brother Dan who is a selector with the Waterford senior hurling team.

On Saturday, November 5th Boherlahan will host the Tipperary Water County Junior A Hurling Championship semi-final between Ballybacon-Grange and Loughmore-Castleiney at 2.30pm - Kiladangan await the winners in a final which is scheduled to take place on Saturday, November 12th. Irrespective of these results Ballybacon-Grange will represent Tipperary in the provincial series.

The Ulster Bank League returned to action on Saturday last with mixed fortunes for the Tipperary clubs involved. Cashel RFC notched their first victory of the Ulster Bank League season when impressively beating Blackrock College 18-0 at Spafield and duly got off the bottom of the table. Meanwhile Nenagh Ormond suffered their first defeat of the season away to Malone (31-35). Nenagh have it all to do on Saturday, November 5th when they host league leaders Banbridge at New Ormond Park while Cashel RFC are away to bottom club Belfast Harlequins.

The Munster Junior League returns on Sunday, November 6th (all games at 2.30pm) - in division one Clonmel make the trip to Clonakilty, Clanwilliam are away to Galbally and Kilfeacle & District host Richmond. Meanwhile in division two Thurles RFC will host Ennis.