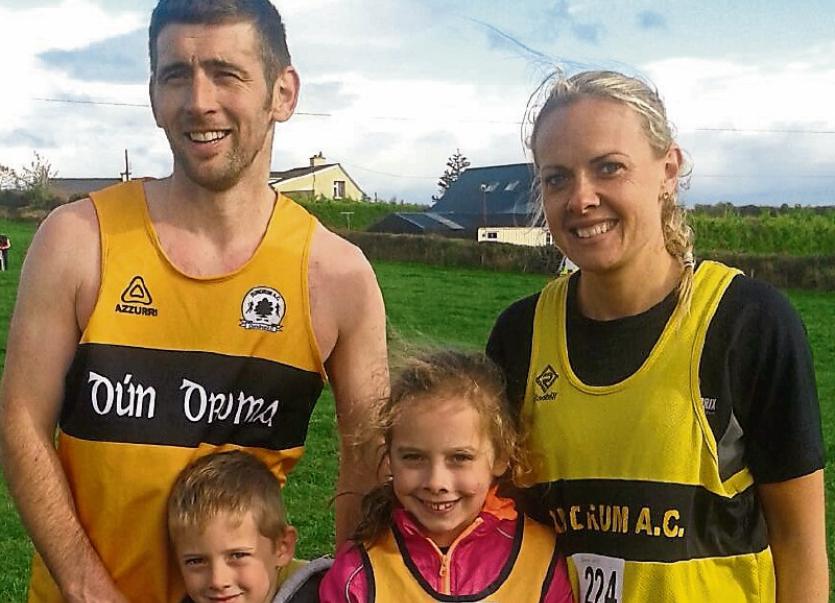 The County Novice B Cross Country titles are down for decision  this Sunday in Dundrum House Hotel grounds, approx 1km on the Cashel Road out of Dundrum, starting at 1pm and both races will be competitive.

Eligibility for the Ladies 3K Championship race is as follows: Athletes must have competed in the County Novice Cross Country at the Turnpike this year.

As this had 29 athletes competing, the top 5 in the County Novice are ineligible and they are Linda Grogan, Ciara Cummins, Lorraine Healy, Marie O'Shea and Tracey Culleton as well as Brigid Gleeson who is a previous winner.

Back to the race and looking at all the athletes that are eligible, it should be a great race.

It will be interesting to see who has trained on since the County Novice since early October. Selecting a winner is a hard task as there is very little between the main contenders, athletes like Jacqueline Hughes Thurles Crokes; Orla Healy, Louise and Susan Fogarty of Moyne as well Yvonne O'Connor of Clonmel.

In the team event, with 3 to score, Moyne have a strong squad and will start favourites as the above three mentioned athletes will have a major say in the destination of the medals.

They will face tough competition from Dundrum as they can call upon Mairead Julian, Martha Quirke and Laura Armstrong.

Moore Abbey Milers will be looking to athletes like Martina Moloney, Aoife Courtney and Mary Pyke to get them a podium place.

In the Men’s 6K race it is also 3 to score. Here the eligibility is that all athletes must have competed in this year’s County Novice Cross Country, with the top 8 as well as previous winners not eligible.

Looking at all the eligible athletes we should have a great race.

Athletes who will have a major say in the destination of the title includes Stephen Flanagan Moyne; Paudie Coen, Dundrum; Sean Healy, Moycarkey Coolcroo;  and John Russell, Coolquill.

The defending Champions are Dundrum and they will go close to retaining their title as they can also call upon Dermot Hayes and Michael Ryan while Moyne will fancy their chances as they can call upon Liam Kelly, Jody Sweeney and Richard Daly.

With 50 athletes competing in the Novice hopefully all clubs will try and get as many of their members to come out and compete.

These Championships takes place in Limerick Racecourse on November 13th and hopefully Clubs will enter their athletes so that the County can have strong teams competing in both the Senior Women and Senior Men’s races. The County teams are now selected from the athletes that all the Clubs in the County enter for these races, so Clubs are asked to enter their Senior Men and Women for these Championships.