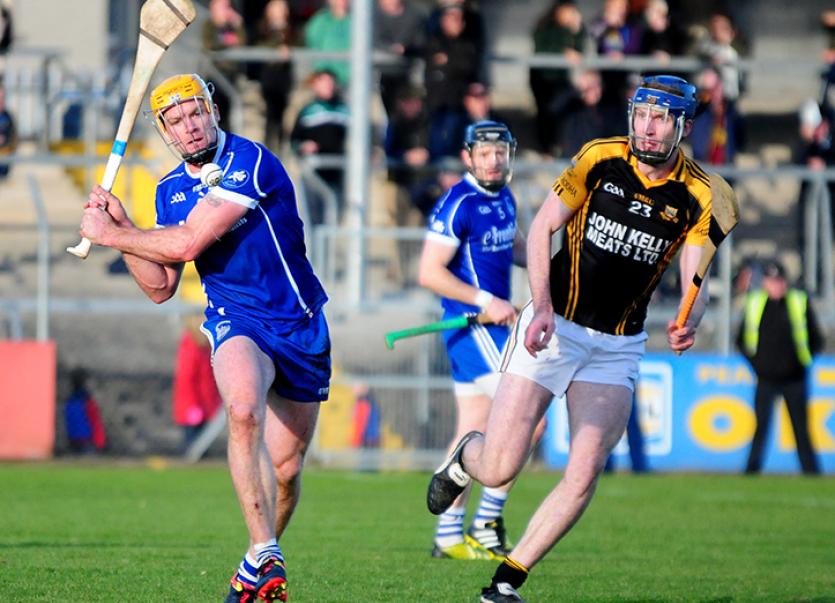 Please read on for a rundown of all the sporting action in Tipperary over the weekend - links to features, reports and interviews included.

Extra-time was required to separate Thurles Sarsfields and Ballyea at Cusack Park, Ennis on Sunday afternoon in a thrilling AIB Munster Senior Club Hurling Championship semi-final (2-22 to 4-18). Despite shipping two early goals and falling four points behind Sars re-grouped and with ten minutes to play the Tipperary champions led by seven (1-16 to 2-6). Just then, however, Tony Kelly burst into life. The 2013 hurler of the year reeled Thurles in during the frantic closing minutes before a Gary Brennan strike forced extra-time in the most dramatic of circumstances (1-18 to 3-12). Despite a Pádraic Maher goal in extra-time the Clare champions saw this contest out impressively and will now take on Cork’s Glen Rovers in the Munster final.

To read a full report on this encounter please click here. And, you can read Thurles Sarsfields coach Paddy McCormack’s reaction to this devastating defeat here.

In the semi-final of the Tipperary Water Junior A Hurling Championship Ballybacon-Grange beat Loughmore-Castleiney 1-11 to 0-9 and face Kiladangan in the decider while in the intermediate hurling relegation play-offs Arravale Rovers beat Rockwell Rovers 3-21 to 2-9.

Don’t miss our 30-year study of the Tipperary hurlers and footballers. Some interesting, and alarming, figures included while senior football selector Shane Stapleton offers a unique insight into the current situation. Following a brilliant 2016 where does Tipperary hurling and football go from here? We all love Tipperary GAA, but, perhaps, now we need to fall in love with the idea of what the Premier County could become. If anything was possible what Tipperary would you build? Please click here for more.

On Saturday Nenagh Ormond presented table toppers Banbridge with a 20-point defeat (25-5) at New Ormond Park. The previously undefeated Down men arrived in Tipperary full of confidence, but left empty-handed. This was a top class bonus point-winning display from a Nenagh Ormond side who are now joint-top of Division 2A in the Ulster Bank League.

There was more encouraging news for Tipperary rugby when the news filtered through that Cashel RFC had beaten Belfast Harlequins away from home (22-14). Next weekend Nenagh Ormond are at home to Galway Corinthians while Cashel RFC are away to Banbridge. Both games take place on Saturday, November 12th at 2.30pm.

To read a report on Nenagh Ormond’s 25-5 win over Banbridge please click here.

In division one of the Munster Junior League on Sunday Clonmel RFC won impressively away to Clonakilty 22-5. Meanwhile Clanwilliam lost away to Galbally and Kilfeacle & District RFC were beaten at home by Richmond. There was, however, more encouraging news in division two as Thurles RFC beat Ennis 46-12.

Meanwhile on Saturday evening Donnacha Ryan, born and bred in Nenagh, starred in Ireland’s first-ever win (40-29) over the New Zealand All Blacks in a test played at Soldier Field, Chicago. For a report on this historic event please click here.

On Friday, November 4th the Republic of Ireland under-16 team beat hosts Scotland 3-0 at Oriam, Edinburgh to win the Victory Shield for the first time. The side was managed by Paul Osam, coached by FAI Development Officer James Scott (Tipperary North) and also featured up-and-coming Nenagh AFC player Barry Coffey. During the course of their Victory Shield campaign the Republic of Ireland also defeated Wales 4-0 and Northern Ireland 2-1.