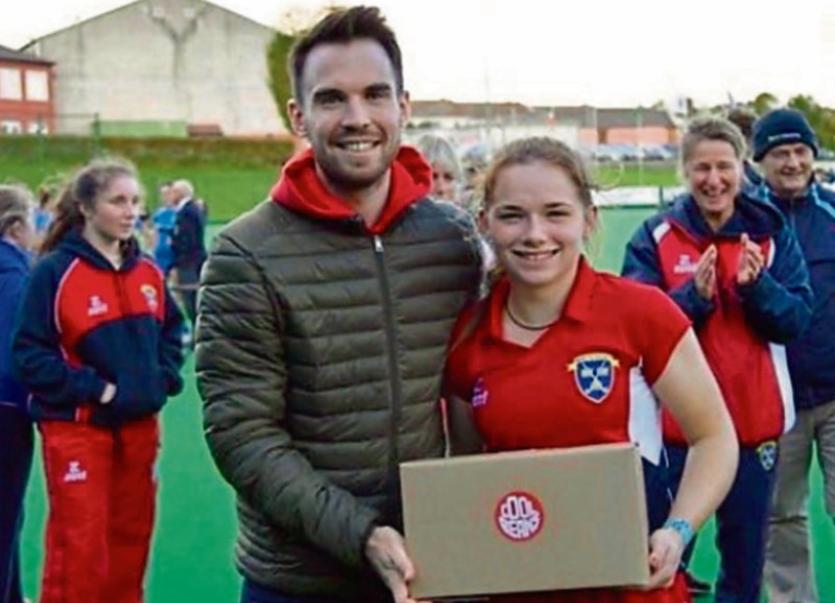 The Hockey Interprovincial tournament took place at Garryduff Sports Centre in Cork recently for U16s and the U18s and a Cashel girl was named Player of the Tournament.

There were five teams competing, Ulster, Munster, Leinster, South-East and Connacht. Caoimhe Perdue and Aoibhinn Fanning from Cashel both played in the tournament, Caoimhe on the U18 team and Aoibhinn on the U16 team.

The U16 team finished in 4th position on 3 points and the U18 team ended up in 2nd position, just 1 point behind the winners Leinster.

Caoimhe Perdue was awarded U18 player of the tournament. Well done Caoimhe!