Tipperary's Tommy O'Donnell to captain Munster against Maori All Blacks 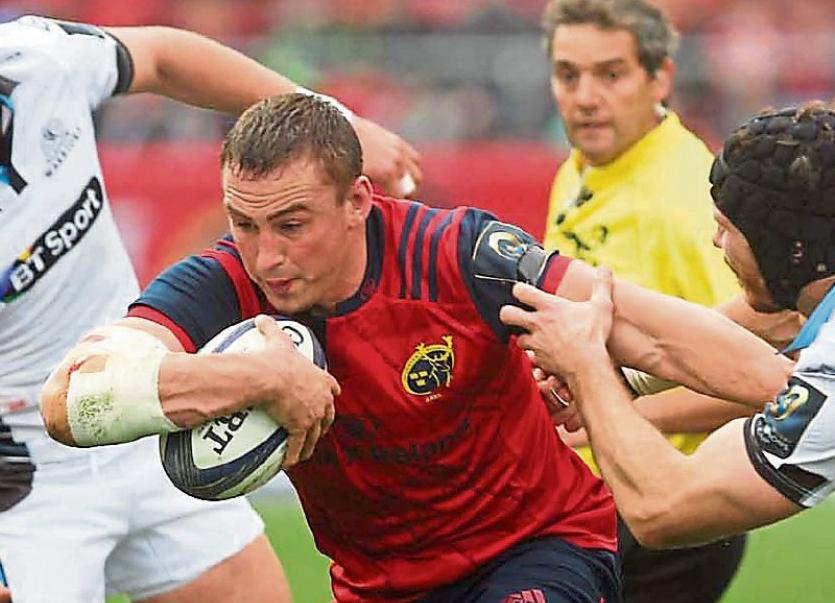 Tipperary's Tommy O'Donnell will captain Munster for the first time in their historic clash with the Maori All Blacks at Thomond Park on Friday evening.

It's a huge honour for the Loughloher, Cahir man in such a glamour tie.

The game has increased significance since Ireland beat the All Blacks for the first time ever in Chicago last Saturday.

The Maori All Blacks won't want to suffer a similar fate against Munster and a huge challenge is expected.

But surely there's no one better than the brilliant flanker O'Donnell to lead the Munster Reds into battle.

O'Donnell missed out on being part of the history-making Ireland side in the US last weekend so will be keen to make a good impression on coach Joe Schmidt for future games.

Three changes are seen in the pack. James Cronin comes back into the front row with John Madigan making his first start of the season in forming a new second row partnership alongside Darren O'Shea. Oliver returns with captain O'Donnell and Robin Copeland making positional switches to form a new look back row. O'Donnell starts at blindside for the first time since February 2014.

The last change comes at half back where Ian Keatley comes in to partner Duncan Williams.

It's as you were across the midfield and back three. Returning from Ireland camp and again named again on the right wing, Darren Sweetnam is the only player to start everygame this season and makes his tenth consecutive start.