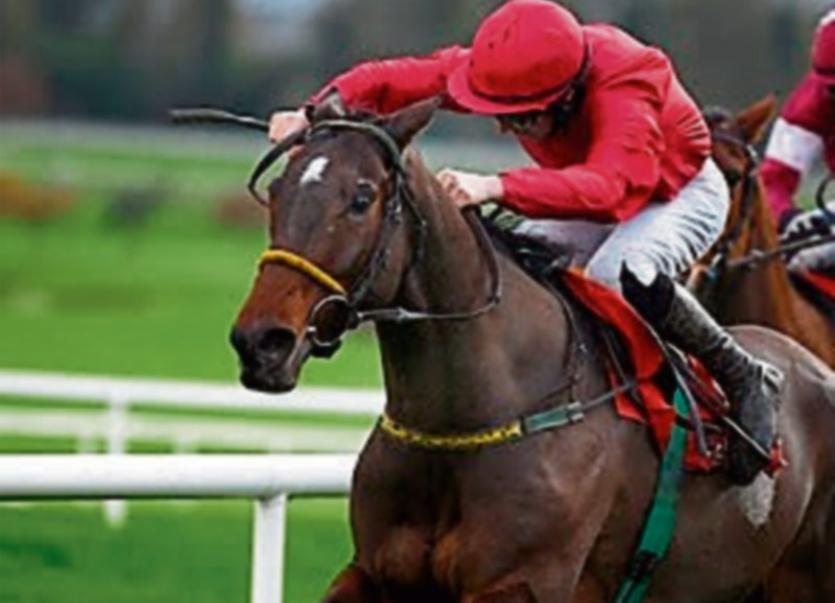 A very strong entry for the Grade 2 Clonmel Oil Steeplechase of €50,000 at Clonmel today Thursday could see the Noel Meade-trained Monksland try to emulate stable companion Road To Riches who won the race last year.

Monksland is one of 15 entries and was still very much in contention when falling in the JNWine.com Champion Chase won by Valseur Lido at Down Royal last Saturday but is none the worse after than mishap.

Trainer Willie Mullins has four entries to choose from including the 2014 winner, Champagne Fever, who did not race at all last season. Black Hercules, winner of the JLT Novice Chase at the Cheltenham Festival last March and Ballycasey, successful in the PWC Champion Chase at Gowran Park last month, are also entered along with Alelchi Inois which gives the Closutton stable a strong hand.

There has not been a British-trained winner of the Clonmel Oil Chase since Henrietta Knight’s Edredon Bleu scored in 2003 but Kylemore Lough, winner of the Ryanair Gold Cup Novice Chase at Fairyhouse last March, could represent trainer Kerry Lee. Outlander, who finished runner up to Kylemore Lough in that Fairyhouse race, is one of three Gordon Elliott entries as he bids to win the race for the first time. Elliott also has Clarcam and Roi Des Francs entered at this stage. Trainer ‘Mouse’ Morris last won this race in 2005 with subsequent Gold Cup hero, War Of Attrition, and he could be represented by new recruit Smashing who is sure to improve on his recent Punchestown effort. Smashing will relish any rain that falls over the coming days and is particularly effective at this two and a half mile trip.

In other races at Clonmel, Bonny Kate and Westerner Lady are the two highest-rated entries among a field of 10 for the Grade 3 EBF T.A. Morris Memorial Mares Steeplechase while Bless The Wings, runner up in the BoyleSports Irish Grand National at Fairyhouse last March, figures among 15 entries for the Clonmel Oil Service Station H’cap Hurdle.

DJ Histon, Manager of Clonmel Racecourse, said: “In the 14 years since Clonmel Oil took over sponsorship of our annual highlight we have been treated to some fantastic races. For us it is truly the day that the stars of National Hunt racing, equine and human, come to town. We look forward to another very exciting renewal today”