Tipperary’s interest in the provincial championship comes to an end 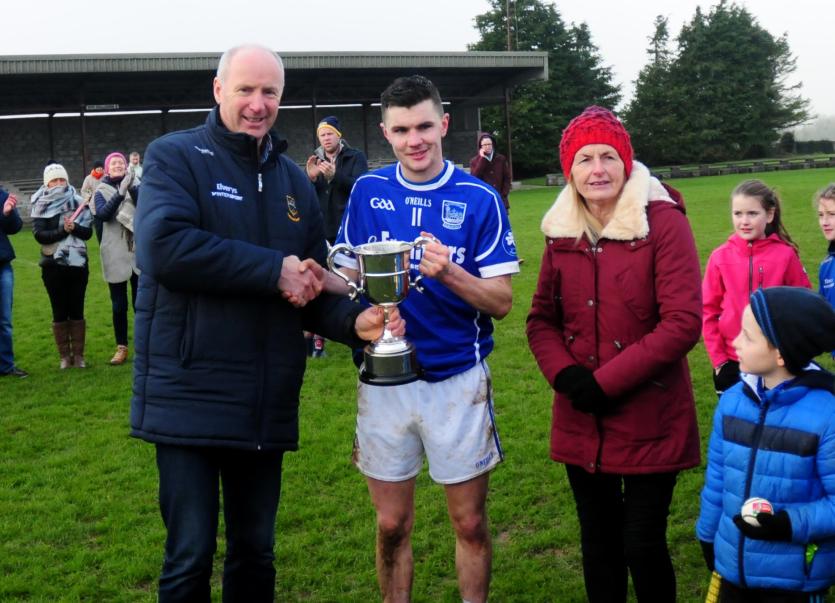 Tipperary’s interest in the provincial championship came to a crushing end on Saturday when Clonoulty-Rossmore suffered a nine-point AIB Munster Junior Club Football Championship semi-final defeat (1-4 to 1-13) to Cork champions Gabriel Rangers in Clonakilty, but the men from the villages of Schull and Ballydehob did not have it all their own way.

Clonoulty-Rossmore were the physically stronger, fitter and more athletic-looking side, but the Tipperary men struggled to put together the quality of footballing moves required to test a team like Gabriel Rangers. That said a sensational John O’Keeffe goal propelled Clonoulty-Rossmore to within two points of their hosts entering the final quarter (1-3 to 0-8), but Rangers saw out this contest impressively winning the remainder of this tussle 1-5 to 0-1.

On Saturday Arravale Rovers were crowned Tipperary Water County Junior B Football Championship champions when the men from Tipperary Town beat Moyle Rovers 1-8 to 1-5 in the decider.

Meanwhile Thurles CBS lost out to St Colman’s, Fermoy (1-13 to 2-12) in the replayed final of the Dean Ryan Cup (under-16.5A colleges hurling championship) on Saturday at Páirc na nGael, Limerick.

Thurles Sarsfields roared to a 2-28 to 0-17 win over Holycross-Ballycahill in the final of the Donal & Rose Younge Mid Tipperary Under-21A Hurling Championship at Boherlahan on Sunday afternoon. Sarsfields led 0-12 to 0-11 at the interval, but gained revenge for a minor final defeat suffered at the hands of Holycross-Ballycahill in 2013 when winning the second half 2-16 to 0-6.

The semi-finals of the Horse & Jockey Kia Mid Tipperary Under-21B Hurling Championship also took place over the weekend - in their replayed tussle Gortnahoe-Glengoole saw off Boherlahan-Dualla (3-11 to 0-10) while Thurles Sarsfields beat Moyne-Templetuohy Gaels 1-14 to 0-8. The Mid Tipperary under-21B divisional final is scheduled to take place on Wednesday, November 23rd in Templetuohy at 7.45pm.

Both the Tipperary Water County Under-21A & B Hurling Championship semi-finals are scheduled for next weekend, but considering the fact that the North Tipperary division have only progressed their A competition to the semi-final stage there may be complications. On Sunday last Kilruane MacDonagh’s beat Newport 2-17 to 0-13 in a quarter-final clash.

In the county under-21A semi-finals the North champions are drawn to take on the South champions and Thurles Sarsfields face Cappawhite-Seán Treacy’s while in the B grade Ballinahinch-Templederry will match up against Grangemockler-Ballyneale and the Mid champions will take on Cashel King Cormacs.

Looking forward to next weekend Holycross will host the Tipperary Water Junior A Hurling Championship final when Kiladangan take on Ballybacon-Grange on Sunday, November 27th at 2pm.

The draw was made for the 2017 Liberty Insurance All-Ireland Camogie Championship on Friday evening in Dublin - on June 10th Tipperary will launch their campaign against Cork at home while clashes with Wexford, Offaly and Limerick also feature in their group.

Meanwhile in the intermediate championship Tipperary have been drawn away to Antrim in the first round on June 10th while the Premier will also take on Wexford, Kildare, Derry and Kilkenny during the group phase of the competition.

On Sunday Nenagh AFC beat Janesboro 2-1 at Brickfields, Nenagh and duly went top of the Limerick District League Premier Division - an extraordinary achievement for a club who elected to leave the North Tipperary & District League two years ago.