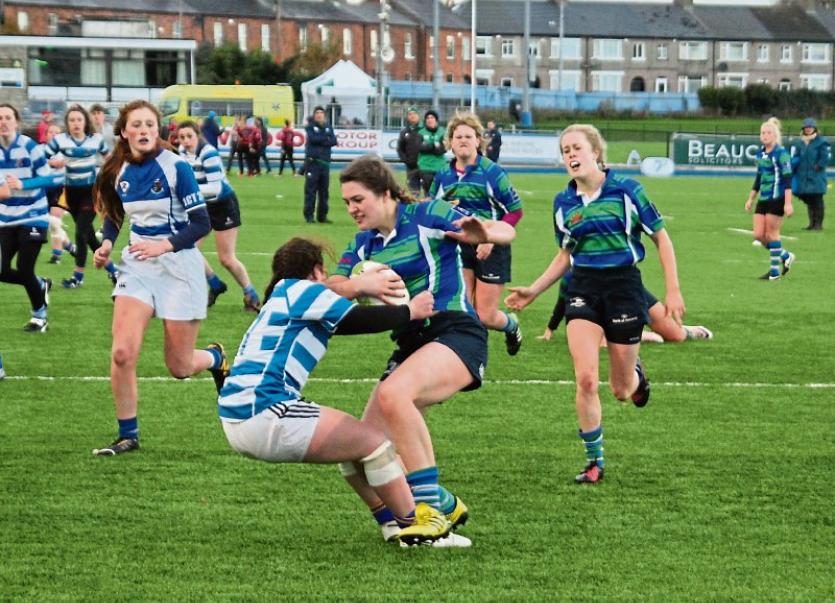 Rockwell Senior Girls Sevens rugby team competed at the All Ireland Finals, the Gx7’s which were held  in Donnybrook last Friday.

The Tipperary school   qualified through a number of matches in the Munster region.

Rockwell won their pool matches, beating teams from Cavan, Wicklow and Ballinasloe to top their group and qualify for the cup final. 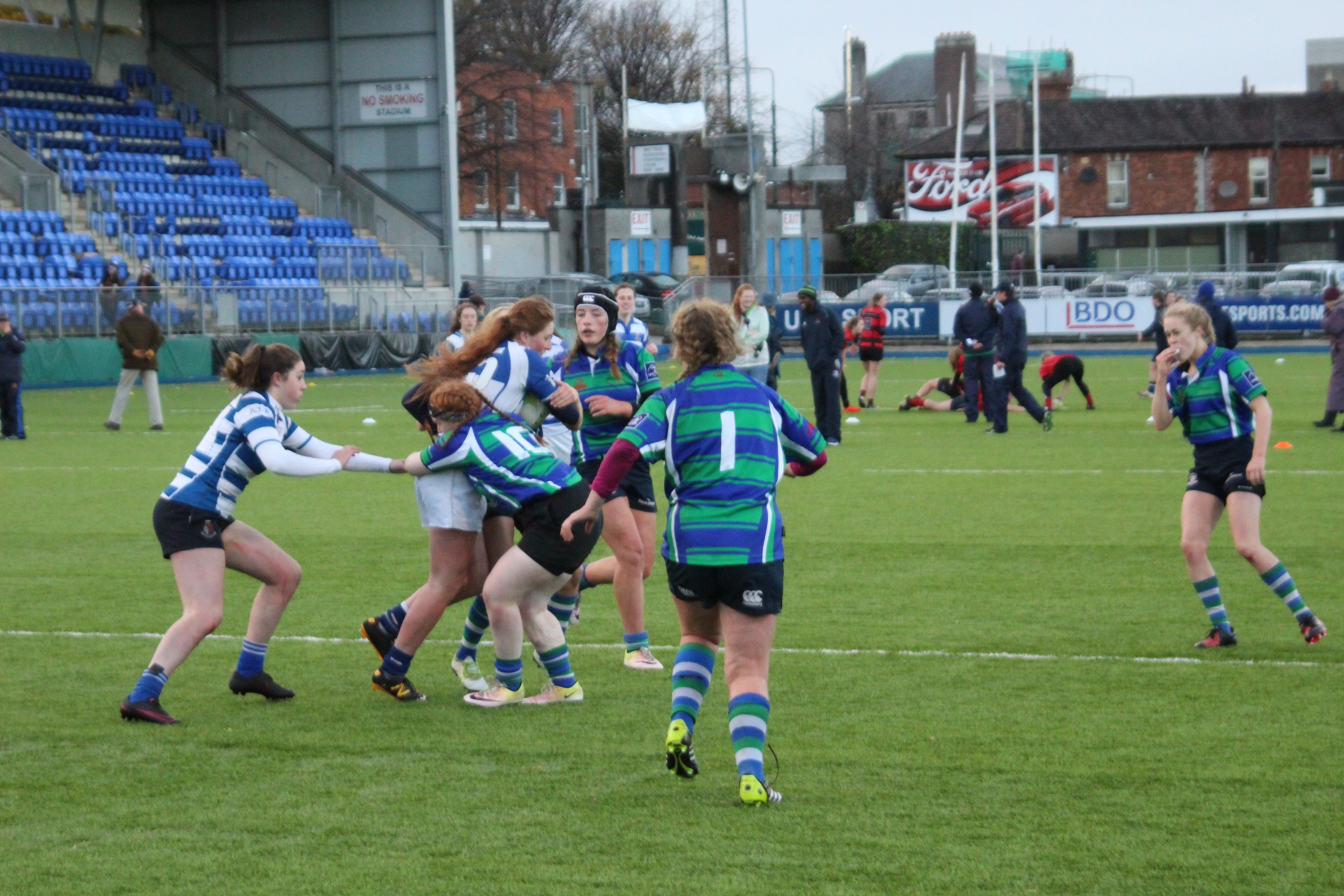 Rockwell's Aoife O'Shaughnessy is tackled with Susie Doyle in support.

In the semi-final they faced Gorey school, and the girls put up a brave performance against a strong, more experienced side, which included many Leinster players.

At the end of normal time the match was tied at 2 tries each, and the match now went to extra time.

This was to be decided by the team scoring first to go through to the final.

The Rockwell girls were unfortunate not to score with Aoife O'Shaughnessy, Laura Morrissey and Kate Barlow all making great inroads through the Gorey defence.

Eilis Kennedy and Claire Bennett were superb in defence, turning over rucks and stealing balls.

Niamh Walsh made a great 25 metre break down the wing to almost score but, unfortunately, was tackled into touch. 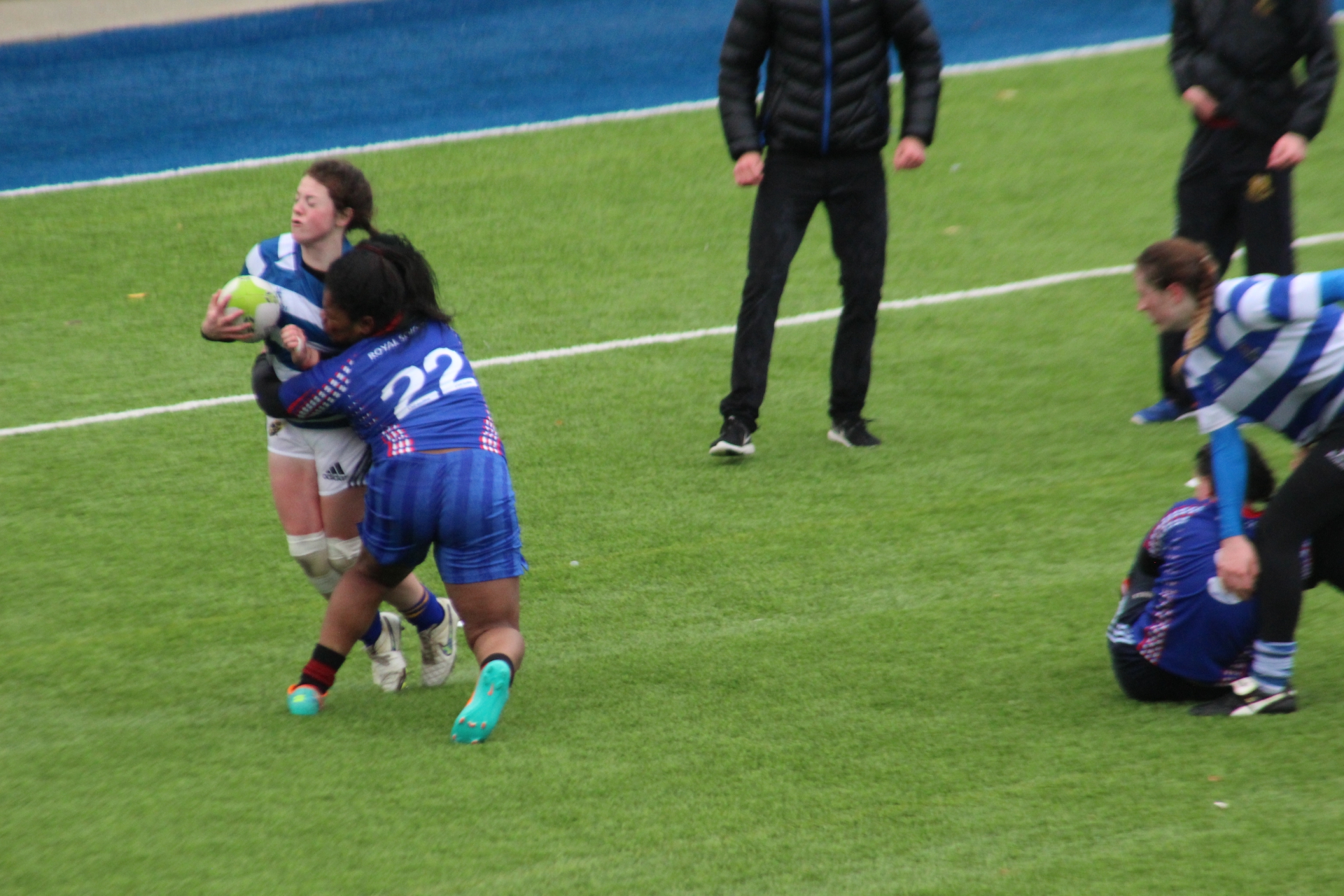 Rockwell's Roisin Finnane breaks through a tackle to score.

They went on to win  the final.

The Rockwell girls were devastated, having come so close, but should take heart in how much they have achieved in their nine months of playing.

They have a bright future in the game, and, hopefully, will continue to play when they go to college next year and it is quite possible that a number of them could wear the Irish jersey if they pursued in their endeavours.