So long to the Saint - Tipperary hurler Paddy Stapleton retires 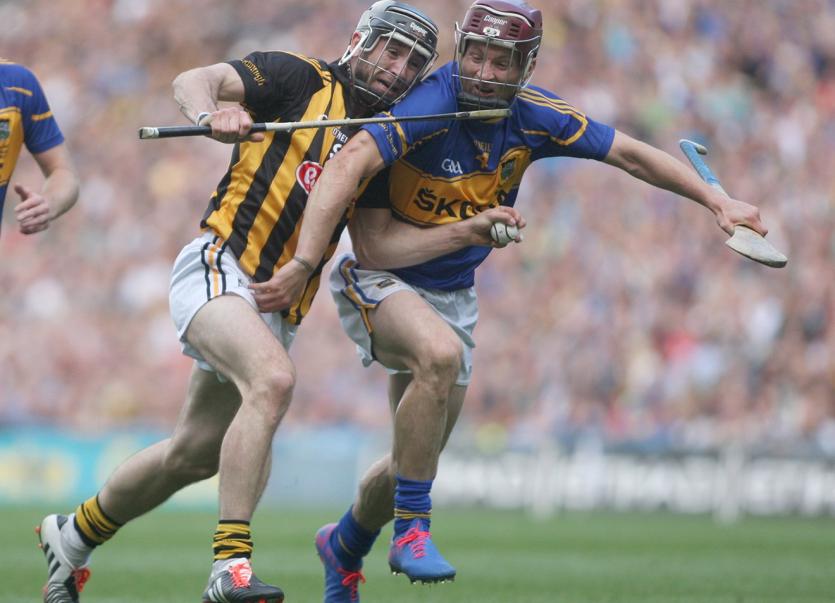 County Board PRO Joe Bracken released a statement on Tuesday afternoon announcing the news that Paddy Stapleton, fondly known as the 'Saint', intended to bring his Tipperary career to a close.

"Following ten wonderful years playing senior hurling for Tipperary since first being called up by Babs Keating in 2006, which had until then been a lifelong dream, I wish to announce my retirement from the inter-county scene,” Paddy Stapleton explained in the statement.

“I wish to thank my family, especially my parents Patricia and John, for all the positivity and advice through the years and also to my partner Jozette and close friends for supporting me always, particularly when I had injury setbacks. I owe a huge gratitude of thanks to the principal and my fellow staff members of Coláiste Mhuire Co -Ed Secondary School, Thurles, who facilitated me in any way they could during my time with the county,” Paddy Stapleton added.

“My club Borris-Ileigh have always made life easy for me when playing with Tipperary and it will be a pleasure to give back as much as I can to them in the coming years. Equally the Gaelic Players Association has helped massively whenever I needed assistance and they provide a great service for the players.

“In the Tipperary back room over the years, men of the calibre of John Casey, Paddy O’Brien, Dr Kevin Delargy, Dr Brendan Murphy and Mick Clohessy had their work cut out keeping me injury-free and they all did a fantastic job and I sincerely thank them for that. The Tipperary County Board has also been great to me and continues to support the team to an elite level with the much appreciated assistance from the Tipperary Supporters Club,” the proud Borris-Ileigh man said.

“I’d like to thank the supporters who kept the faith through good times and bad, it was a huge privilege and honour to represent them.

“I would like to thank all the players I played with and I feel unbelievably lucky to have shared a dressing-room with some of the best Tipperary have ever produced. More importantly, I have made lifelong friendships and shared fantastic memories with great people.

“All the management teams played important roles in my life and each deserve enormous credit for taking on their respective roles. It is important for me that I especially acknowledge Liam Sheedy, Eamon O’Shea and Mick Ryan. They put huge trust in me and always led their teams in the best manner possible.

“Finally, I’d like to wish the current panel the very best of luck for 2017 and beyond. There is a great mix of youth and experience within this group and I have every faith that they will keep performing to the highest levels similar to what has been reached in recent years,” Stapleton concluded.

In appreciation of Paddy Stapleton's career Tipperary County Board chairman Michael Bourke commented: “Paddy Stapleton exemplified the spirit of Tipperary by his ferocious work rate and ambition since he first came on the inter-county scene. A solid, dependable and committed player the 'Saint' always delivered when it mattered most and through his passion on the fields of play led his line on every occasion. On behalf of Tipperary County Board and all Tipperary people I thank Paddy for his contributions to the Tipperary cause over the years and wish him every success for the future”.

Paddy Stapleton was born on August 3rd, 1985 and plays for the Borris-Ileigh club. He made his senior competitive debut for Tipperary in the 2006 Waterford Crystal Shield against Waterford and his National League debut against Limerick in 2008 coming on as a substitute. Paddy won a Munster under-21 hurling championship medal in 2006 at right corner-back and won a Munster minor hurling medal in 2003 lining out at centre-back.