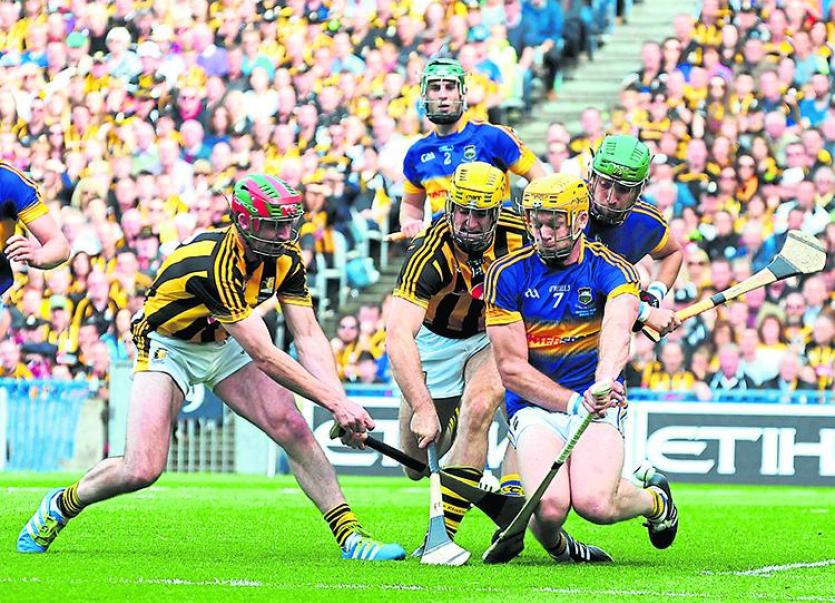 On Sunday it was announced that Thurles Sarsfields’ Pádraic Maher will captain the Tipperary senior hurling team during the 2017 campaign - Maher has been promoted from his role as vice-captain and will replace Borris-Ileigh’s Brendan Maher as captain while Drom & Inch’s Séamus Callanan has been appointed vice-captain for the up-coming season.

The 27-year-old Pádraic Maher made his debut for Tipperary against Cork in 2009 and has played in 37 championship matches for the Premier County scoring 0-11 in the process. Meanwhile the 29-year-old Séamus Callanan has played 38 times for Tipperary having made his debut against Cork in 2008 - in all Séamus Callanan has scored 25 goals and 157 points.

Callanan has won six Munster titles, one National League and two All-Ireland titles with Tipperary. Séamus won a minor All-Ireland title with Tipperary in 2006 and a Munster under-21 medal in 2008. Pádraic Maher has won five Munster titles with Tipperary and two All-Irelands - as a minor Maher won All-Ireland medals in 2006 and 2007 and a Munster minor championship in 2007. Pádraic won Munster under-21 medals in 2008 and 2010 while he also captained Tipperary to under-21 All-Ireland success in 2010. Indeed, Pádraic Maher has proven himself as one of the key leaders for Tipperary in recent years and has also worked to inspire his beloved Thurles Sarsfields to three consecutive county senior hurling titles.

And, if you were in any doubt of the ability of Pádraic Maher to captain Tipperary just check out the words of former manager Eamonn O’Shea (2011): “If you stood next to Pádraic Maher in a dressing room you would know he’s ready. Pádraic is a leader and that makes him stand apart. When you walk around the dressing-room before a big match and you see this guy ready to play, the vibes he gives out are so strong that they improve the players around him”.

Meanwhile Séamus Callanan is fast developing into one of Tipperary’s greatest-ever forwards. Indeed, the Drom & Inch man is now just three goals shy of breaking Lar Corbett’s 28-goal record haul in the blue and gold and has been a hurler of the year nominee for the past three seasons.