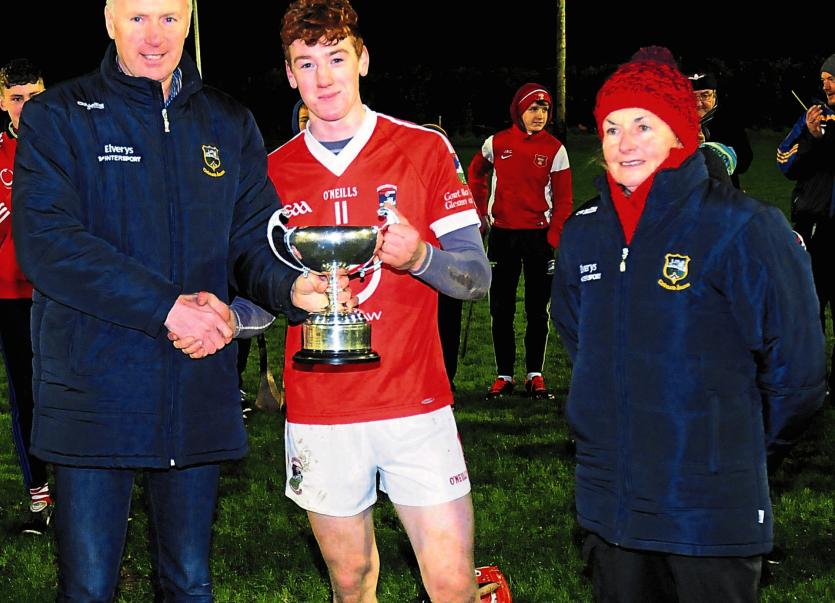 Last week it appeared as if North Tipperary would not be represented in the county under-21A hurling championship when the clubs involved at the semi-final stage of their divisional competition refused to nominate a club to participate in a county semi-final against Carrick Swan.

But, in an about turn of staggering proportions, the under-21A county final, which now features Thurles Sarsfields, will now be played on Sunday, December 11th.

Meanwhile the North Tipperary under-21A hurling championship final will take place on Saturday next, December 3rd in Templederry between Toomevara and Kilruane MacDonagh’s (throw-in 1.30pm) while the winner of that clash will face Carrick Swan in a county under-21A hurling semi-final on Sunday, December 4th.

Happily, the Tipperary Water County Under-21B Hurling Championship final will take place on Sunday, December 4th in Holycross (1.30pm) when Ballinahinch-Templederry face Gortnahoe-Glengoole in what is expected to be a cracker.

The last 16 of the Dr Harty Cup will see Tipperary rivals Thurles CBS and Abbey CBS pitted against one another. Meanwhile Our Lady's Templemore will take on Árdscoil Uí Urmaltaigh, Bandon and Nenagh CBS will face Castletroy College.

On Wednesday, November 30th Our Lady’s Templemore meet Árdscoil Uí Urmaltaigh, Bandon in Ballyagran, Limerick at 1.30pm while Newport hosts the clash between Nenagh CBS and Castletroy College (1.30pm). Thurles CBS will be in knock-out action on Thursday, December 1st against Abbey CBS in Dundrum (2pm).

Thurles CBS are seeking their ninth provincial under-18.5A colleges crown, a title the famed secondary school last won in 2015. This year the Thurles CBS team is managed by Eamonn Buckley, Ollie Kelly and Patrick McCormack (junior). Our Lady’s Templemore featured in the 2016 final, but lost out to Limerick’s Árdscoil Rís - Our Lady’s won the coveted Munster colleges title once previously (1978). Nenagh CBS have never won the Dr Harty Cup while Abbey CBS, Tipperary won the title on one previous occasion (1959).

In the Munster junior B hurling championship semi-final hosted by the Killeedy club in Limerick on Sunday Tipp's Upperchurch-Drombane beat Murroe-Boher (1-12 to 2-8) to book their place in the provincial final. Meanwhile on Sunday, December 4th Tipperary’s junior B football champions Arravale Rovers will face Oola in Knockaderry, Limerick at 2.30pm in a provincial quarter-final.