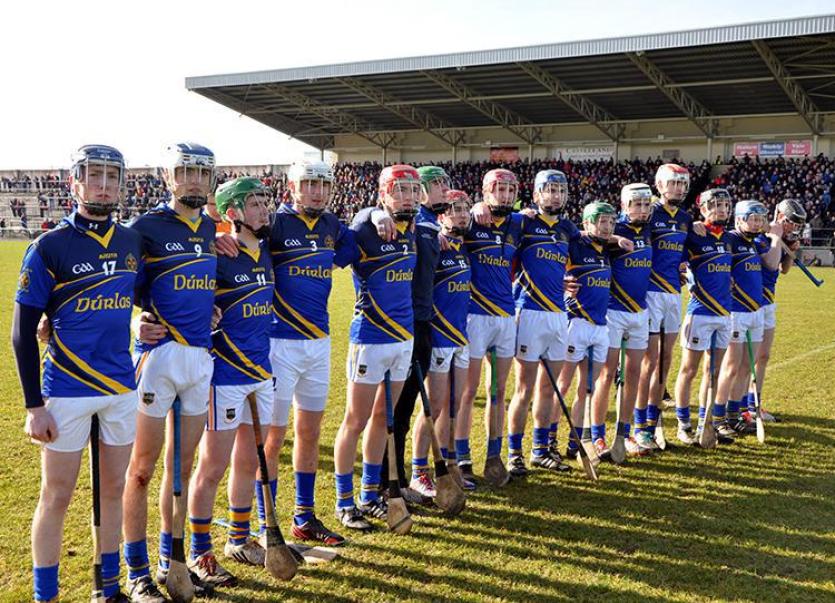 Thurles CBS’ eagerly-anticipated last sixteen Dr Harty Cup clash with Abbey CBS at Dundrum on Thursday afternoon, December 1st was postponed due to a frozen pitch - the details of the re-fixture are yet to be confirmed, but is it likely that the game will go ahead before the festive period.

The quarter-final draw is scheduled to take place on Thursday, December 15th - this will be an open draw with repeat pairings avoided where possible. The quarter-finals are scheduled for January 11th, semi-finals for January 28th and the Dr Harty Cup final is pencilled in for Saturday, February 18th.

Meanwhile in Ballyagran, Limerick on Wednesday, November 30th Our Lady’s Templederry signalled their intent and ability when beating Árdscoil Uí Urmaltaigh, Bandon by a whopping 42 points (6-27 to 0-3). Our Lady’s led that contest 2-13 to 0-1 at the break.

Defending champions Árdscoil Rís, Limerick saw off the challenge of Scoil na mBráithre Rathluirc (4-16 to 1-7) in their last sixteen clash and they will be joined in the last eight by De La Salle College, Waterford who beat Blackwater Community School, Lismore (1-18 to 0-16). Christian Brothers College, Cork beat St Francis College, Rochestown (3-18 to 3-12) on Wednesday while CBS Midleton got the better of Scoil Na Trionóide Doon (1-15 to 1-12).

The only other outstanding last sixteen fixture will take place on Wednesday, December 7th when Coláiste Cholmáin, Fermoy take on St Flannan’s, Ennis.