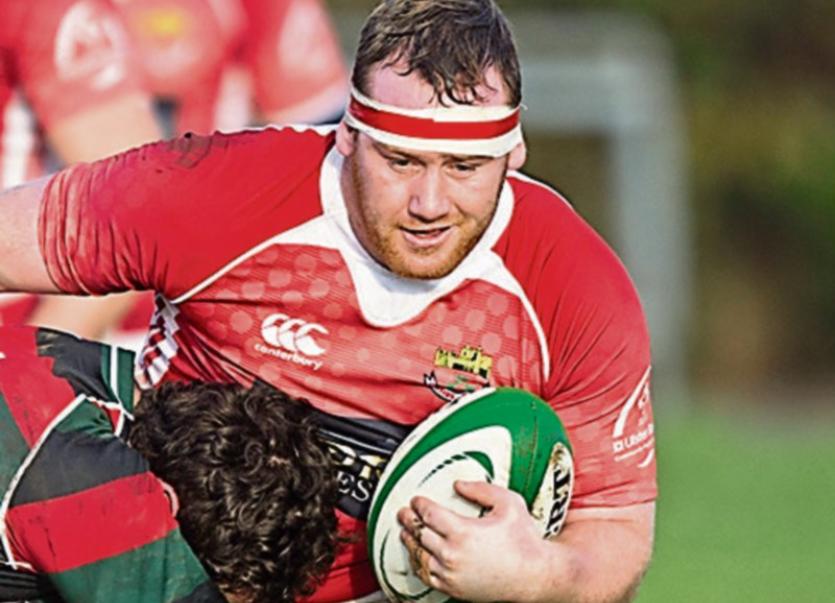 A long trip to Belfast proved rewarding for Cashel in the AIL Division 2A with a 24-22 win over students Queens University.

Cashel have lost a number of recent games to late decisions but this time lady luck smiled on them when a late penalty try ensured victory and a happy journey home.

Cashel have been on the wrong side of a number of very tight games in recent times losing very late in  the game.

Prior to kickoff Cashel had to select without Sean Walsh, Kieran Murphy, Cian O'Donnell, Aidan Butler, Andrew Wallace, and Andy Kelleher injury being the main reason.

The first five minutes belonged to Queens when they controlled the ball but Cashel defended well and for the next six minutes the game was played between the 22s.

Seventeen minutes into the game Queens had a lineout seven metres out.

Cashel disrupted and tapped the ball back on their side. Unfortunately it bounced into the hands of the Queens hooker and he strolled in for a very easy try which they converted.

Cashel won the kickoff and were awarded a penalty on the Queens 10 metre line which Ollie McGlinchey converted with a fine kick.

Back came Queens and a crunching tackle from Nick Thompson cleared the danger. The forward exchanges were even but the Queens backs were extremely quick as they had a good sprinkling of Ulster academy players,  a luxury not afforded Division 2 clubs in Munster.

Three minutes before half time Cashel lost a lineout on the Queens 22. Queens swept up the field at great pace, a ruck was formed five metres out and when the ball was fed back their scrum half sniped, sold a good dummy and scored a try under the posts which they converted to go 14 3 ahead.

An immediate response was essential and it came as the ball went through the backs to Eamon Connolly on the wing. Fresh from his county final win with Loughmore, he put through a grubber kick which he chased over the try line to score a fine try. Half Time score Queens 14 Cashel 8.

Cashel attacked early in the second half and Ollie McGlinchey converted a penalty to narrow the gap. Three minutes later a Cashel clearance was caught by the Queens full back who swept up the field from half way. The move resulted in a Queens try in the corner which stretched their lead to 19- 11.

Back came Cashel and three minutes later  McGlinchey narrowed the gap with a penalty. He had a great day with the boot kicking five from six but he missed the easiest of them all on 51 minutes.

Queens stretched their lead to eight points with a penalty for a deliberate knock on. Cashel never gave up and indeed they increased in stature and confidence as the game went into the last 12 minutes.

Ed Leamy got possession deep in his own half,  launched a huge kick down field which was chased by Brian Fitzpatrick and Nick Thompson. Showing a wonderful turn of pace they passed two Queens backs on their way to the ball.

Unfortunately when attempting to pick it up the ball was knocked on and the chance was lost.

Play was now deep in Queens half and a period of intense Cashel pressure resulted in a  penalty which was converted by  McGlinchey.

The Cashel players at this stage felt they could win this game and they went after it.

With a minute left they set up a maul and drove over the Queens line for what was expected to be a certain try. The ball however was lost forward and the chance was lost.

There was a period of injury time as Pat O'Connor received attention for a nasty gash on his leg. Brian Fitzpatrick got possession on the 10 metre line and sent a low kick into the corner which was cleared to touch.

Cashel won the lineout, drove to the line and were awarded a penalty. Opting for the scrum they drove Queens off the ball.

Young Tommy Allen was on at loose head prop at this stage and the power he produced was incredible. Queens were penalised again and a second row sent to the bin.

Now five minutes into injury time Cashel opted for another scrum and when Queens crumbled under the pressure, the referee had no hesitation in awarding Cashel a penalty try which levelled the game.

McGlinchey won the game with the conversion, the final whistle blew and Cashel had achieved a famous victory.

It was a performance that deserved a win and all 20 players contributed. This team has been knocking at the door for a number of weeks now against the top teams in the division and certainly deserved a victory for their grit and determination.  Cashel  (1-15): N Fitzgerald, R Coates, M Kelly, Philip O'Connor, K Gleeson, T Anglim, E Leamy, J Ryan, O McGlinchey, C Holland, E Connolly, Pat O'Connor, B Silke, C Baker, N Thompson, H Stanley, T Allen, C Quirke, B Fitzpatrick, R Kingston.