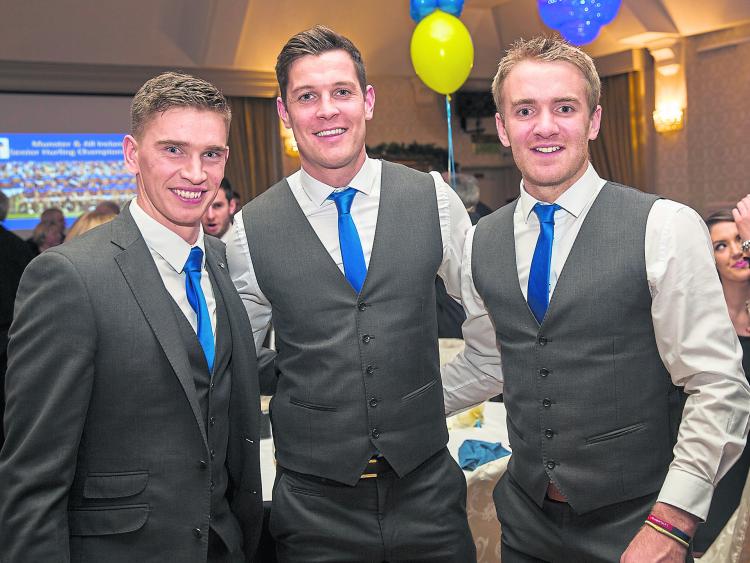 Brendan Maher, Séamus Callanan and Noel McGrath are set to feature for Munster this weekend.

Between them Thurles Sarsfields and Toome have won 57 county senior hurling championships and 15 of the last 19 Dan Breen Cups.

The successful grooming of players via the under-21 ranks has proven a valuable resource to both clubs down the years so distinguished observers will be watching closely on Sunday for emerging talent.

Thurles Sarsfields have won seven county under-21 hurling titles and three of the last four (2012, 2013 & 2015) while Toomevara have won five. The Greyhounds have to trace their history back to 2005 in order to locate their last success at the grade.

Thurles Sarsfields beat Cappawhite-Seán Treacy's impressively (2-24 to 1-10) in a recent county under-21A hurling semi-final while a tired Toomevara team saw off Carrick Swan with 11 points to spare on Sunday afternoon (0-19 to 1-5) in Golden.

Just 24 hours previously the Greyhounds battled to a standstill in a hard-fought North Tipperary under-21A hurling final against Kilruane MacDonagh’s, a game which went to extra-time and finished all square. Then, on Sunday, Toome were asked to play Carrick Swan in a county semi-final following their nomination to represent the North Tipperary division.

Meanwhile Gortnahoe-Glengoole and Ballinahinch-Templederry fought out a cracking under-21B final on Sunday last at Holycross. The game went to extra time and finished 1-19 apiece. The replay is fixed Sunday, December 11th in Holycross at 1.15pm with another titanic struggl expected!

In an exciting departure MacDonagh Park, Nenagh is set to host the inter-provincial hurling semi-finals on Saturday, December 10th while the final will be played at Semple Stadium, Thurles on Sunday, December 11th.

The competition was officially launched at Croke Park, Dublin on December 1st.

The semi-final line-up sees Munster take on Ulster (throw-in 1pm) and Leinster face Connacht.
In the football version of the competition Leinster will face defending champions Connacht and Munster will take on Ulster - both games will take place at Parnell Park, Dublin on December 10th with the final scheduled for the same venue on Sunday, December 11th.

The side will be managed by Anthony Daly (Clare, manager), Tommy Dunne (Tipperary) and John Mullane (Waterford).

The side will be managed by Ger O’Sullivan (Cork, manager), Declan Browne (Tipperary) and Dave Geaney (Kerry).