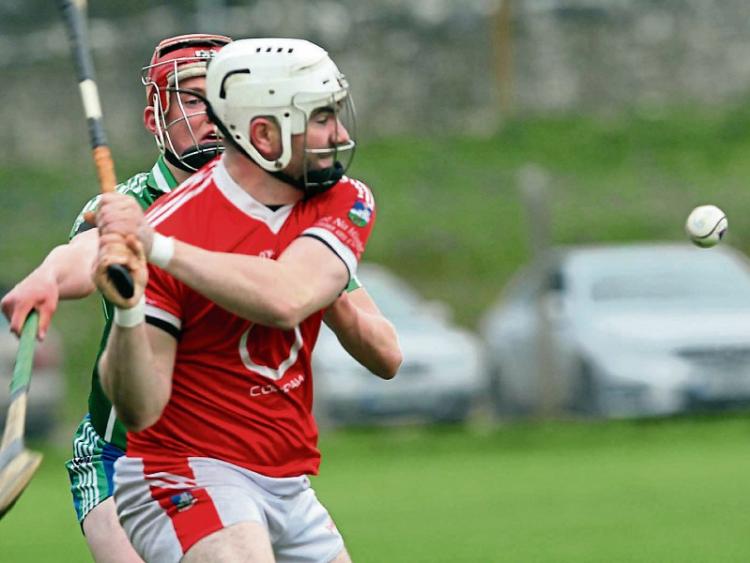 A cracking game and a fitting outcome as Ronan Teehan pointed a free with the last puck of extra time to earn Gortnahoe-Glengoole a deserved draw with the North combination, Ballinahinch-Templederry in the Tipperary Water county under 21 hurling B final at Holycross on Sunday.

You’ll get no better argument for the continuation of the under 21 championship than this encounter.

Intensely competitive, yet admirably sporting, and with plenty of fine hurling to boot, these sides produced a humdinger of a contest, and there was general agreement on both sides that a draw was the proper result. It would have been a serious injustice had either lost.

Ballinahinch - Templederry opened in flying form to go 1-7 to 0-3 ahead after thirteen minutes.

It looked as though they would drive on to their first title at this level, but Gortnahoe-Glengoole warmed to their task as the half-progressed, a goal by Karl Collins two minutes from the break giving them a huge boost as they reeled in their opponents.

The North combo again were in pole position entering the last quarter but once more Gortnahoe dug deep, Ronan Teehan bagging two points in the last six minutes to send the game to extra time, after Ballinahinch-Templederry were denied a match-winning goal in the 56th minute when Mathew Ryan’s shot was brilliantly saved by Gortnahoe custodian Mark Mullally.

In the first period of extra time Gortnahoe were doing the better and led by a point at the break, but Ballinahinch-Templederry came back strongly in the second period.

Ciaran Carey’s point in the 70th minute looked a winner but Gortnahoe and Ronan Teehan had the last say – a point from a free in injury time to send the final to a replay.

Favoured by a dry pitch and ideal conditions, the sides responded in the best way possible and a fine gathering was kept on its toes and in full voice all through the eighty minutes.

The early exchanges went the North’s way, Dylan Carey’s smartly taken goal in the 9th minute putting them 1-4 to 0-3 ahead, and inspiring a fine patch that saw Kevin Mulcahy, Odhran Murphy and Carey extend their advantage with further points, 1-7 to 0-4.

Gortnahoe looked in trouble and were not helped by some wayward shooting but, with Teehan very accurate from frees, they clawed their way back into the game, and a goal by Karl Collins in the 28th minute after good work by Gearoid Fahey left them only one point adrift, 1-8 to 1-9.

Dylan Carey landed another Ballinahinch point before the break for a 1-10 to 1-8 lead but the game was still very much up for grabs.

David Gleeson was having a big game for Ballinahinch-Templederry, with Kevin Mulcahy, Odhran Murphy and Dylan Carey also leading by example.

Gortnahoe relied heavily on Ronan Teehan’s free-taking for scores, but David Nolan, Aidan Ryan, operating as a sweeper, and Bobby Prout were fulsome in their support.

Scores were much hard to come by in the second half, though Jack Moore had a great chance for the Mid lads in the 32nd minute but Ballinahinch goalie Philip Kennedy easily dealt with his effort.

Six minutes from the end Teehan pointed a Gortnahoe free. Two minutes later Mathew Ryan had his blast for a Ballinahinch goal denied by Gortnahoe goalie Mark Mullally, and in the 58th minute Ronan Teehan levelled . With time running out Fionn Cleary had a chance for Gortnahoe but to no avail sending the game to extra time.

Jack Moore for Gortnahoe and Odhran Murphy for Ballinahinch swapped points early in extra time. David Butler had a great goal chance for Gortnahoe but was unsuccessful.

However Keane Hayes and Karl Collins pointed for them before Dylan Carey kept Ballinahinch in touch with a point just before the break, leaving Gortnahoe ahead 1-16 to 1-15.

On resuming, Carey levelled for Ballinahinch; Butler restored Gortnahoe’s lead. Carey hit a beauty to level again and David Gleeson nudged them ahead with the best score of the game, three minutes from time. Teehan restored parity before Ciaran Carey looked to have notched the winner for Ballinahinch in the 70th minute, but in injury time Teehan, Gortnahoe’s hero, capped a great performance with yet another point from a free to level the game.

The replay is set for this weekend and if it is even a patch on this game, it will be well worth seeing.

Gortnahoe may be thought a shade fortunate in that they came from behind in both ordinary time and extra time to stay in the championship, but against that, they had to recover from a slow start and let some favourable chances go abegging.

Ballinahinch - Templederry had stars in Dylan Carey, David Gleeson, Odhran Murphy, Liam McCutcheon, John Kennedy, and Padraig Hogan and like their rivals, they will feel they had chances to win the game.