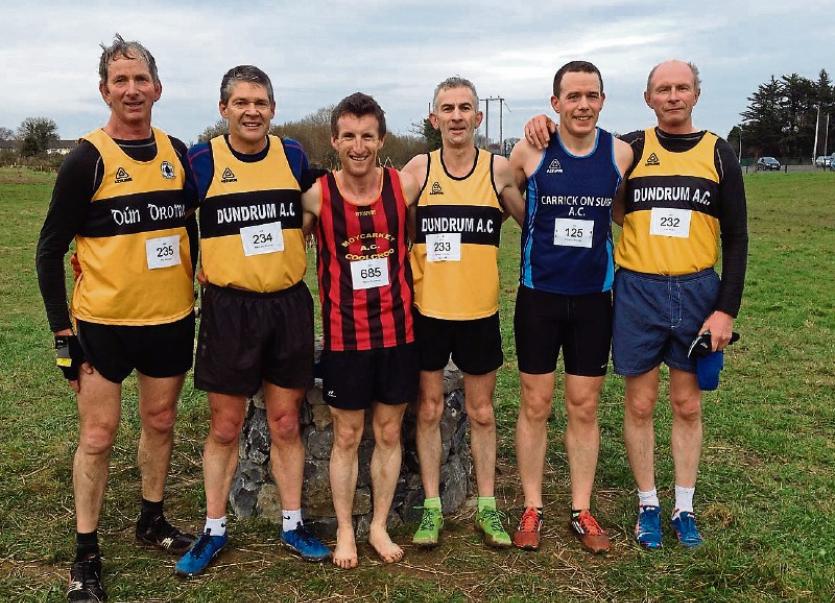 Four Dundrum AC athletes took part in the ladies race. First home for the club was Linda Grogan in 6th place.  Linda was in contention for a medal up until the last 500m. Next for Dundrum AC was 15th Claire Devitt, 27th Martha Quirke and 28th Mairead Julian. The ladies combined to win bronze in the club team event and they also won bronze for the county team, with all four making up the county team.

First home for Dundrum AC in the men’s race was 19th Dermot Hayes, 33rd Michael Moore, 34th Jim Halley and 37th PJ Holmes. The men's team was 6th club and all four athletes were on the county team that finished 4th.

The Munster Juvenile ‘B’ Cross Country Championships were held in conjunction with the Intermediate Championships on the day. Results were as follows:

Girls u/9: 9th Roisin Ferncombe, 12th Sophie Moynihan, 28th Ruby Kelly and 29th Emma Kingston. The girls won silver in the club team event and all were on the county team that won bronze.

Boys u/11: 24th Ryne Bargary, 25th Jack Heffernan and 45th Tom O'Driscoll. All three boys were on the county team that placed 4th.

Jerry Hayes finished 17th in the boys u/17 contest and won gold on the county team.

More Dundrum AC results in the next issue of South Tipp Today.