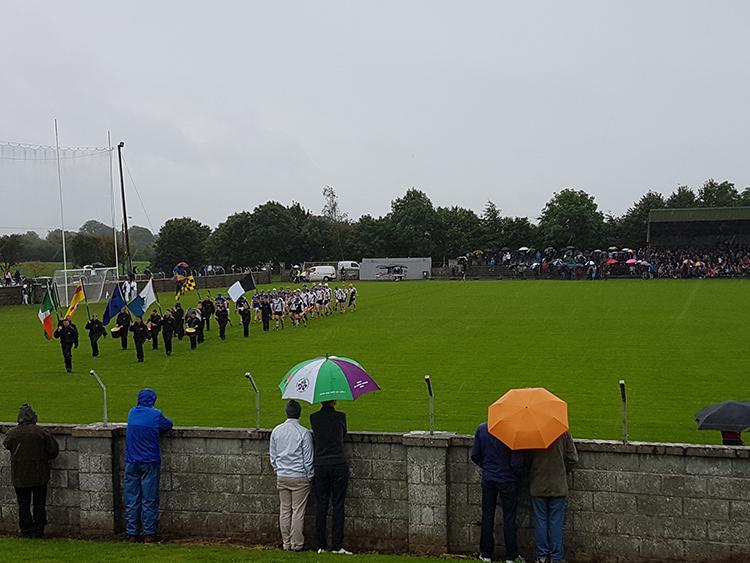 At the North Tipperary GAA Convention on Thursday, December 8th board chairman Dan Kennedy described a €18,903 drop in gate receipt revenue for the division as “disturbing”.

In his chairman’s address Dan Kennedy described the drop as “disturbing”.

“It is disturbing, but not unexpected that the gate receipts have been greatly reduced,” Dan Kennedy said before arguing that “we have to market our games like never before; we have to look at other sources of income and look at reducing our expenditure”.

“What the future holds in store I don’t know,” Dan Kennedy said before adding that he thought it was “a real problem going forward”.

“We have got to balance the books,” Mr Kennedy said.

“We just got there this year, but if the trend continues we could be in real trouble next year. To remain solvent the board will have to think in a seriously innovative way,” Dan Kennedy added.

According to treasurer Noel Maher the issue of the 2016 debtors listed under the current assets of the North Board required a specific meeting. In 2016 the debtors totalled €198,735, a figure which does not compare favourably to 2015’s €116,603.

Ultimately, chairman Dan Kennedy deferred the adoption of the accounts until the adjourned convention which is scheduled to take place in January.

In her report to the North Tipperary GAA convention on Thursday Marian Minehan revealed that she felt “lucky to have survived” her first year as secretary of the division.

“This is my first report as secretary of the board and while others feel privileged to have been given the chance to serve I feel lucky to have survived,” Kiladangan’s Marian Minehan revealed in her report before thanking former secretary Eugene Ryan for his support.

“I would not have managed without the enormous help from my predecessor Eugene Ryan who took phone calls and queries morning, noon and night. Thank you Eugene,” reported Marian Minehan.

Considering the content of the report it was surprising that there were no questions or comments from the convention delegates with relation to the matter. Indeed, the only contribution made by a club delegate to Marian Minehan’s report came from Gilbert Williams (Kilruane MacDonagh’s). Mr Williams described such reports as “invaluable”.

“You don’t realise how valuable they are until you have to go back through the history and establish facts,” Gilbert Williams said.

Responding to a motion requesting that a committee be established to examine and make recommendations with regard to “the state of football”, the “running of football competitions” and “the general promotion of football at all levels” in the division North Board chairman Dan Kennedy cited the example of Tipperary senior footballer Kevin O’Halloran.

“I reckon that there are footballers out there and it is something that we must look at very seriously,” Dan Kennedy explained before suggesting that a meeting on the issue could take place in February once the gradings meeting had taken place.

“I would ask all clubs that have players interested in playing football to affiliate at adult level and think seriously at underage level to have team amalgamations,” Dan Kennedy added.

In response County Football Board chairman Joe Hannigan argued that a meeting needed to take place before the gradings are complete.

“In North Tipperary we have a job of work to do,” Joe Hannigan explained.

“The players are there; top class players, but the clubs are letting the players down. There should be a meeting of the clubs regarding football, but not in February because the goose is cooked at that stage - it’s too late,” Joe Hannigan added.

“There has to be a realisation that the structures we have are not conducive to the promotion of our games,” the Shannon Rovers man added.

“Clubs will benefit from the development of the game of football in their club,” Joe Hannigan added.

“If you look at the Loughmore club, a club with a small population, their hurling is enhanced by their participation in football and vice versa,” agreed North Board chairman Dan Kennedy.

In his address to the North Tipperary convention County Board chairman Michael Bourke addressed the issue when he explained that “I come from a club where we are trying to play both”.

“Playing football does not hamper your club - you can do bother and enjoy doing both,” Michael Bourke said before posing a pertinent question.

“Ask yourself: can your club do more to promote both,” the Upperchurch-Drombane man asked.

Mr Bourke’s address to the convention also featured comments relating to the Tipperary senior hurling team who have already launched their preparations for the 2017 campaign.

“Everyone knows now that our cover is blown and now we are going to have to do even better to succeed next year,” Michael Bourke added.

Michael Bourke also argued that it was his wish to keep “hard-earned money in clubs”.

“Is the time coming were we will have to bring in a rule where you can only train teams in your own club,” the County Board chairman asked when touching upon the issue of funds paid to coaches to train teams.

“We are all at it - we are all paying for people to train teams and that money is going out of the clubs,” Michael Bourke said.

There was no nomination for the role of assistant secretary. Chairman Dan Kennedy asked the clubs to “think about it” before the board would consider the issue once more at the adjourned North convention which is scheduled to take place in January.

Due to unforeseen circumstances assistant treasurer William Lennox (Shannon Rovers) could not attend the North Tipperary convention on Thursday evening - Shannon Rovers chairman Liam Hogan asked that any decision on the role be deferred until the adjourned convention in January. This request was granted by the board.

There was no nomination for the role of registrar. Kilruane MacDonagh’s delegate Gilbert Williams suggested that the role had become “obsolete” and North Board chairman Dan Kennedy indicated that he would get the position clarified in time for the adjourned convention.

The role of the children’s officer, currently filled by Cora Moroney (Newport), will be addressed at the adjourned convention.

Meanwhile, with regard to the appointment of a coaching officer (left vacant in 2016), board chairman Dan Kennedy indicated that he wished to see the division’s games development administrators take responsibility for the role formally. Mr Kennedy said the issue would be addressed once more at the adjourned convention in January.