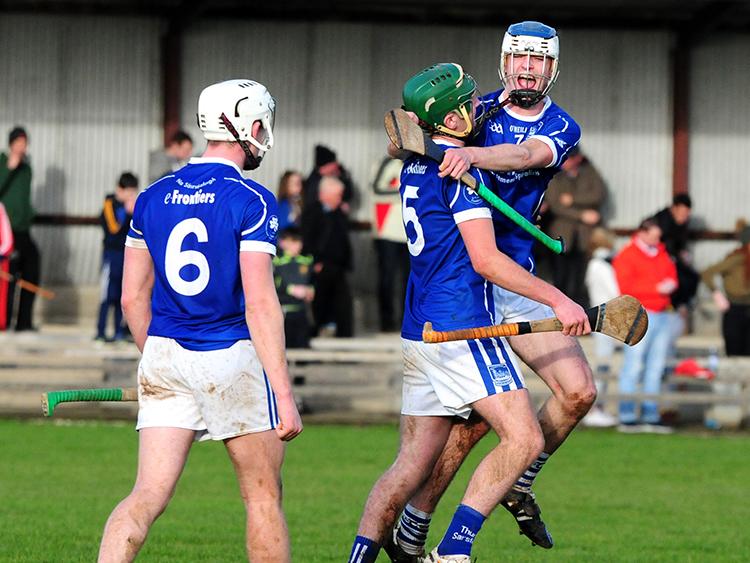 Thurles claimed a fourth county under-21A hurling championship title in five years at The Ragg on Sunday afternoon when the Sarsfields beat Toomevara 2-16 to 2-11.

The Greyhounds pushed the defending champions all the way. Indeed, the sides were tied at the break (1-8 to 2-5) thanks to an Alan Ryan goal for Toome.

The sides were tied, once more, entering the final quarter before a Conor Stakelum goal presented Sarsfields with the platform to push on and win this entertaining affair. Thurles, however, had goalkeeper Willie Tierney to thank for two critical second half saves.

Meanwhile Gortnahoe-Glengoole won the replayed final of the Tipperary Water County Under-21B Hurling Championship at Holycross when seeing off Ballinahinch-Templederry on a 0-18 to 0-15 scoreline.

Don’t miss this week’s Tipperary Star for detailed reports from both finals.

There were mixed results for the Munster inter-provincial teams in Sunday’s semi-finals - the hurlers beat Ulster with fifteen points to spare while the footballers lost their clash with Ulster by eight.

On Sunday in Semple Stadium, Thurles Séamus Callanan inspired an Anthony Daly-managed Munster to a 3-21 to 0-15 hurling win while in Parnell Park, Dublin Ulster beat Munster 3-17 to 1-15 in a footballing encounter.

The fixtures details for the hurling final against Leinster remain to be confirmed, but it is rumoured that the decider may take place on Thursday, December 15th in Semple Stadium, Thurles or O’Moore Park, Portlaoise.

Similarly in Parnell Park, Dublin it was reported that less than one hundred spectators turned up to see Munster take on Ulster. In the game Peter Harte starred for an Ulster team who proved far too strong for Munster. Indeed, Ulster led 2-9 to 0-6 at the break.

Michael Ryan, John McGrath and Jake Morris were honoured for their respective contributions to Tipperary's 2016 hurling season at an awards ceremony hosted by the Munster Council in the Rochestown Park Hotel, Cork on Saturday night.

Tipperary are among the twelve nominees in contention for the 2016 RTÉ Sports Team of the Year award - the RTÉ Sport Awards will be broadcast live on RTÉ One on Saturday, December 17th at 9pm.

After a campaign which featured wins over Riverside Athletic (West Cork League), Carrick United (Waterford & District League) and Carew Park (Limerick District League) St Michael’s were made favourites to win this provincial title, but James Walsh’s side encountered an Abbeyfeale United side who had little interest in playing the role of the willing victim. St Michael’s showed flashes of what they are capable of, but did not consistently dominate this contest. Indeed, the Saints will have to improve significantly should they wish to get the better of Usher Celtic (Dublin) in the fifth round of the FAI Junior Cup on December 18th.

For a full report on this game please click here.