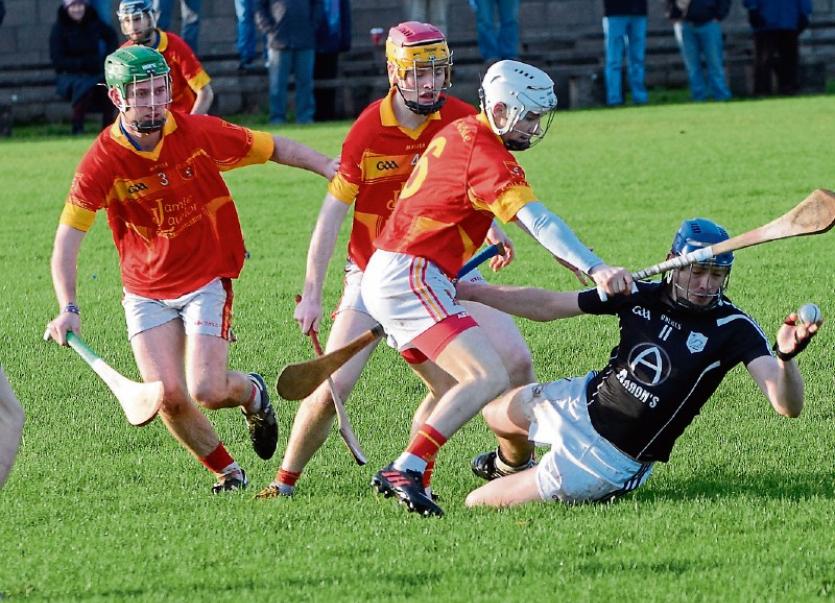 An impressive second half showing last Sunday, in which they notched up 1-8 without reply, was more than enough to send Killenaule through against a disappointing Carrick Swans  to this year’s South u-21 HC 'A' Final, where they will face St. Mary’s next weekend.

Swans  did have the best of the early exchanges. Full forward Jack Cooke had the Killenaule fullback line in all sorts of bother early on, hitting 1-1 in the opening minutes, capitalising on some fine approach play from Eric O’Halloran and Derek Hogan.

Dean O’Connor replied to keep Killenaule in touch, adding a fine point from play to his fourth minute free.

O’Connor then traded frees with his Carrick counterpart Eric O’Halloran, before O’Connor then had another free success to keep just Cooke’s goal between the sides after fifteen minutes.

Swan edged further in front two minutes later, when O’Halloran (Eric), landed a 65 after a Dean Waters goal-bound effort was parried by Graham O’Connor.  Then in the run up to halftim, came the game's major turning point.

Jack Cooke, who was having a great impact upfront for Swan, was dismissed for an off-the-ball infringement, and although Aaron Dunne responded with an inspirational point, an opportunist goal from Eoin Barry, following a huge Killian O’Dwyer delivery, levelled affairs and changed the flow of the game considerably.

Tom McGrath and Gavin O’Halloran chipped in with two more in time added on, to leave the scoreboard Carrick Swans 1-8 to Killenaule 1-6 at the break.

Killenaule swiftly restored parity after the restart, courtesy of two Dean O’Connor points, the second a 65 after Mikey McGrath pulled off an excellent save from Eoin Shaw. Moments later Eoin Barry subtly lost his marker and scored an angled point to put Killenaule ahead for the first time.

Killenaule were now finally finding their feet and Paidie Feehan raced through for a point, assisted by Killian O’Dwyer, to stretch their lead to two.  Eoin Barry then pointed a free from close range and the game was effectively over as a contest when Tom Stakelum raced through to fire home a great goal with ten minutes remaining.

Swan were guilty of missed chances aplenty at this stage, but were thrown a lifeline when Aaron Dunne was hauled down for a penalty with time running out. It wasn’t to be their day however, as Graham O’Connor saved brilliantly and Eoin Shaw fired over from the subsequent counter attack. An Eoin Barry free late on cemented Killenaule’s dominance and ensured victory.

Swans will feel that the red-card at such an early stage in the game proved very costly, especially as they led by four points at that stage, but it in truth their poor second half display in front of goal, more than contributed to their downfall.

Killenaule take their place in the final knowing that a marked improvement will be necessary if they are to take ultimate honours next weekend against St. Marys, but will take encouragement from how they finished this game, and will look to more of the same form the likes of Eoin Barry, Killian O’Dwyer and Dean O’Connor.